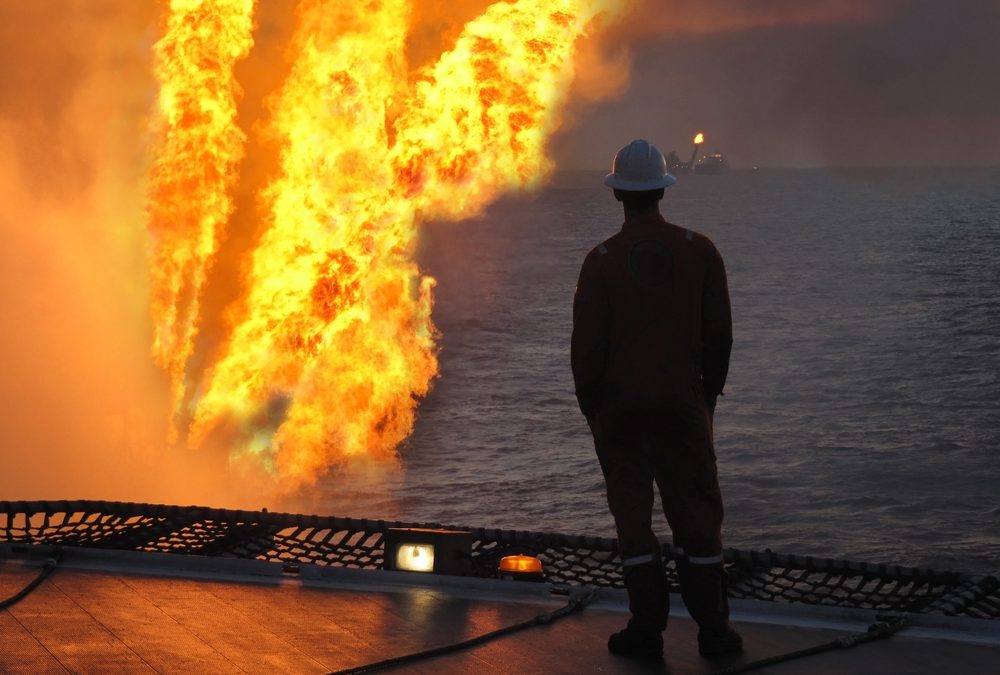 Reminder: Climate Change Was No Accident

As far back as 1982, fossil fuel executives knew they were trading a few decades of profits for the entire future of the planet.
By Jill Richardson | May 15, 2019

Years ago, tobacco companies discovered the link between their products and lung cancer. Did they warn their customers? No — they denied the link entirely, misleading the public for decades while killing their customers.

They didn’t need to convince the public that the climate crisis wasn’t happening. They just had to muddy the waters enough to prevent us from doing anything.

They provoked uncertainty: Maybe the climate crisis isn’t happening. And even if it is, maybe it’s not caused by humans burning fossil fuels. (Of course, it is happening and it is caused by humans.)

The result was inaction.

If we aren’t even sure that a human-caused climate crisis is afoot, why should we wean ourselves off of fossil fuels? It would be highly inconvenient and very expensive to go to all of that trouble unless we’re absolutely certain that we need to.

After all, the argument went, “only” 97 percent of scientists believe that human are causing a climate crisis.

I’m a scientist. Let me tell you, when 97 percent of scientists agree on anything, the evidence must be overwhelming.

Scientists are trained to critique and argue with one another. We make our careers by pulling apart other scientists’ theories and exposing the flaws in them and then supplanting them with better theories of our own.

You couldn’t get 97 percent of scientists to agree that puppies are cute or chocolate is delicious.

What about other 3 percent? You can always find one or two nutty so-called scientists with inaccurate, fringy theories out there. There’s probably a scientist somewhere attempting to publish a study asserting that Bigfoot exists — or that climate change isn’t happening.

Science is a community endeavor in which we try to collectively discover and advance the truth. The goal is that the community as a whole achieves a consensus or near-consensus that is as accurate as possible.

If 97 out of 100 scientists agree that humans are causing catastrophic climate change, that’s a consensus.

Tobacco is deadly — I’ve lost two grandparents to its ill effects — but tobacco is most harmful to those who use it. The climate crisis is deadly to everyone, whether they are responsible for causing it or not. It will continue to hurt people for generations, even after humans stop polluting at such alarming levels as they do now.

The Exxon Mobil executives who’ve profited from fossil fuels did so while knowing that they were trading a few decades of profits for the entire future of the planet and all of the species on it.

We’re beyond the point where we tell ourselves that changing our light bulbs can help. The fix for the climate crisis must come from the highest levels. It requires large-scale systemic changes and not a few insufficient individual actions.

And it could start with consequences for the industry that caused the crisis on purpose.