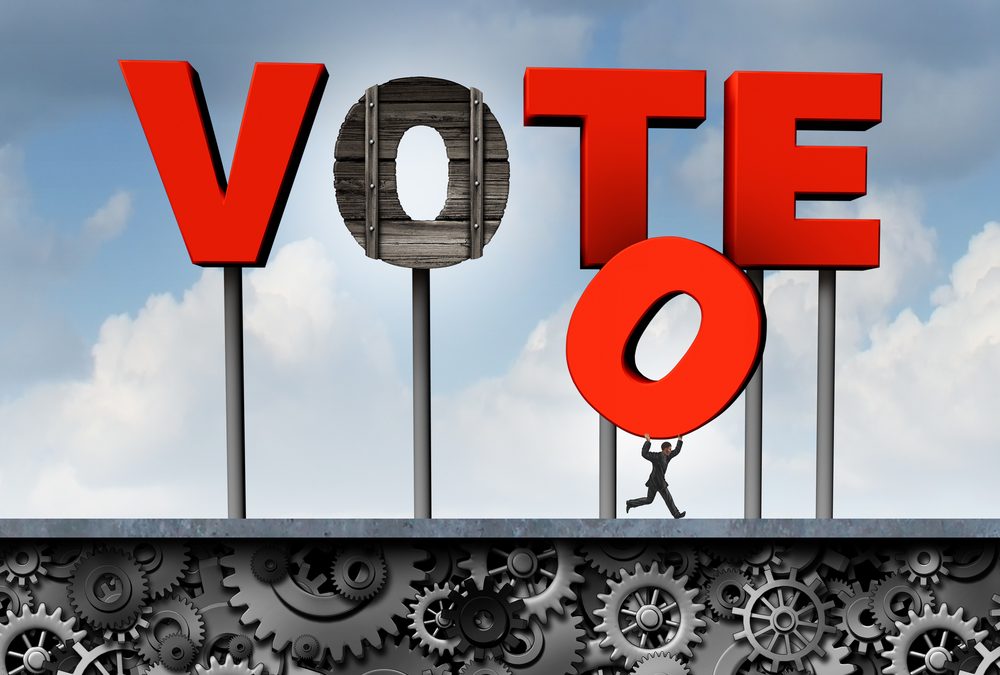 Republicans, Not Russians, Threaten Our Elections

When turnout climbs, Republicans lose. No wonder they're closing polling places and purging voters all over the country.
By Robert P. Alvarez | November 6, 2019

Republicans are less likely to win elections when voter turnout is high.

It’s true: Four of the five states with the highest voter turnout voted blue in the last presidential and midterm elections. All are crucial swing states.

Even Republican Senate Leader Mitch McConnell agrees. He called the notion of making Election Day a federal holiday, which would make it easier for working people to vote, a “power grab” by Democrats.

Unfortunately for Trump, McConnell, and the Republican Party, 2020 voter turnout is expected to reach record levels.

This leaves the party with two options. They can broaden their message to appeal to an increasingly diverse electorate… or suppress the voters that don’t share their values.

Sadly, their attacks on voting rights across the country make it clear which path they chose. Republican-led state legislatures have been rolling back voting rights in virtually every state they control in recent years.

The flood gates opened a few years ago, when the Supreme Court gutted the “pre-clearance rule” of the Voting Rights Act, a capstone achievement of the civil rights movement. That rule required states with histories of racist voter suppression to seek federal approval prior to altering their electoral rules.

The results have been ghastly.

Less than two years ago, Georgia removed over half a million voters from its rolls. Right now it’s in the process of purging an additional 330,000 voters, mostly in Democratic-leaning districts.

In recent years, nine Republican-controlled states have closed 1,688 polling places. All nine were previously beholden to the pre-clearance rule, and all nine have significant minority populations.

Plainly, these rollbacks and closures disproportionately harm voters of color.

And it may get worse. The Fifth Circuit Court of Appeals will soon determine whether districts that dilute minority votes through racial gerrymandering can be compelled to redraw their maps to ensure that minorities have an equal opportunity to choose their representatives.

The issue at hand is a section of the Voting Rights Act called the “results test,” which forbids any law that has the purpose or effect of curtailing the minority vote. It’s just a matter of time before the results test makes its way to the GOP-controlled Supreme Court, which could well strike it down.

Ever since the 2016 elections, politicians have agonized over foreign interference in our elections. But the truth is, it’s vote-suppressing Republicans, not Russians, who are the greatest threat to American democracy.

But hope is not lost.

Then there’s the For the People Act, which promises to restore the Voting Rights Act to full strength. It easily passed the House and is now sitting on McConnell’s desk itching for a chance to be taken up for a vote in the Senate.

It should get one. I’m not asking for much — just for my right, and the rights of other people of color, to have our votes counted. Political parties aside, our fundamental right to vote must be respected.

Robert P. Alvarez works in communications at the Institute for Policy Studies. He writes about criminal justice reform and voting. This op-ed was distributed by OtherWords.org.