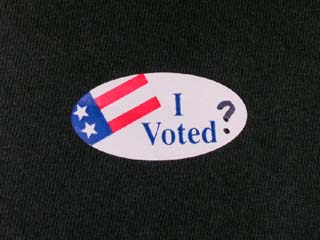 Restoring Government by the People, for the People

One of the many privileges of living in a democracy is the ability of each of us to have an equal say about how we are governed. Through elections, our lawmakers can be held accountable for how well they fight for the interests of the people they represent.

In theory, our legislature should be a reflection of the values and priorities that truly resonate with voters. However, thanks to decisions made by the Supreme Court in recent years and the resulting avalanche of money into our democracy, the ability for everyday Americans to have our concerns heard and addressed by our elected officials is dwindling. 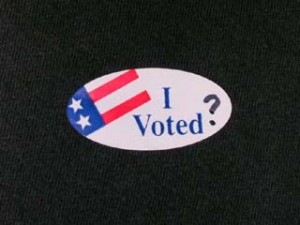 In 2010, this nation’s highest court struck a massive blow to the promise of a government that is of the people, by the people, and for the people in its ruling on Citizens United v. Federal Election Commission. The court’s decision gave unprecedented political power to big businesses by allowing them to spend unlimited sums of money influencing elections.

This drastic move, coupled with other damaging decisions, has helped to create a representative body that is far more responsive to the whims of big corporations and a small collection of billionaires than to the needs of the American people. Americans are angry that their voices are increasingly hard to hear in the face of tremendous spending by wealthy special interests.

It might be easy to lose hope about a system that appears to be irrevocably broken. Moreover, sometimes the politics on Capitol Hill seem so endlessly complicated that it’s impossible to sort out the elected officials who are trying to fix the problem from those who are just trying to get reelected.

But this month, the Senate voted on a viable — and just as important, clear — solution: the Democracy for All Amendment, a proposal with enormous grassroots support that would amend the Constitution to overturn cases like Citizens United and help get big money out of politics. It’s an amendment supported by the American people — of all political stripes. Polling consistently shows that nearly three in four voters support an amendment.

With midterm elections on the horizon, voters should take a look at how their senators voted on the Democracy for All Amendment. While the amendment didn’t garner sufficient votes to pass, a majority of senators (54) voted in support of it. When you include one senator, Sen. Kirsten Gillibrand (D-NY), who wasn’t able to be there for the vote but backs this proposal, a historic 55 senators are on record in support of the amendment. But all 100 had an opportunity to cast their vote in support of an idea to restore our “one person, one vote” ideal, and many chose not to do so.

Did your senator vote the right way? In many of the hotly contested Senate and congressional races around the country, the role of big money in politics will be a lynchpin issue by which voters judge the candidates.

At a time when public approval ratings for Congress are at record lows, dysfunction and gridlock seem like permanent features of the federal government. But it doesn’t have to be this way. Passing an amendment to overturn decisions like Citizens United would mark a crucial first step in getting rid of the undue influence of corporate and special interest wealth that is preventing solutions to meet the needs of everyday Americans.

Marge Baker is the executive vice president of People For the American Way. PFAW.orgDistributed via OtherWords. OtherWords.org