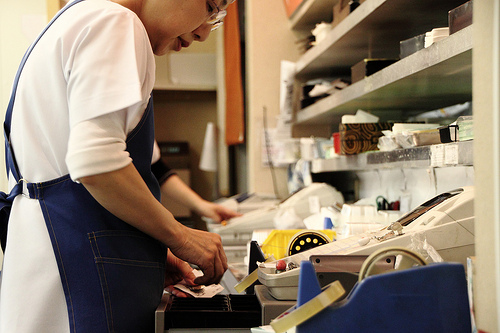 Most big retail chains treat their employees as nothing but a drain on profits.
By Jim Hightower | February 13, 2013

The Powers That Be say the bulk of America’s middle-class manufacturing jobs are gone and aren’t coming back. High-tech jobs are being outsourced, as is an increasing share of the work historically handled by our accountants, lawyers, and some other professionals.

Retail jobs at brick-and-mortar shops, however, can’t be exported.

Most big retail chains treat their employees as nothing but a drain on profits rather than an asset worth investing in. Sales people are typically paid only $10 an hour, clerks get only $9.70, and cashiers just $9. Even worse, 94 percent of retailers define full-time work as only 30 hours a week. People can’t make ends meet on that, and America can’t have a healthy economy without a solid middle class. However, 15 million Americans are in retail work now, and it’s to be our second-biggest source of new jobs for the next decade.

Well, shrug the Powers That Be, the retail giants must compete with low prices, so they have no choice but to keep cutting corners on their workforce.

As we say in Texas: bovine excrement!

Just look at Trader Joe’s, where full-time jobs start at $40,000. Or at Costco, where retaining employees is a priority and 98 percent of managers are promoted from within. Low-price chains that invest directly in workers are reaping industry highs in performance, morale, customer satisfaction, and profits. Bad jobs are not a retail necessity or a competitive advantage — just a corporate choice. 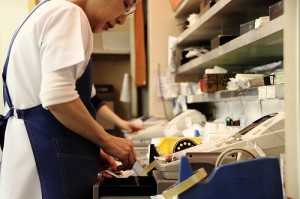 A new initiative called the Retail Justice Alliance is encouraging U.S. employers and policymakers to turn retail jobs into good jobs that spread a middle-class standard of living and rebuild our grassroots economy. To learn more and join in, go to www.retailjusticealliance.org.