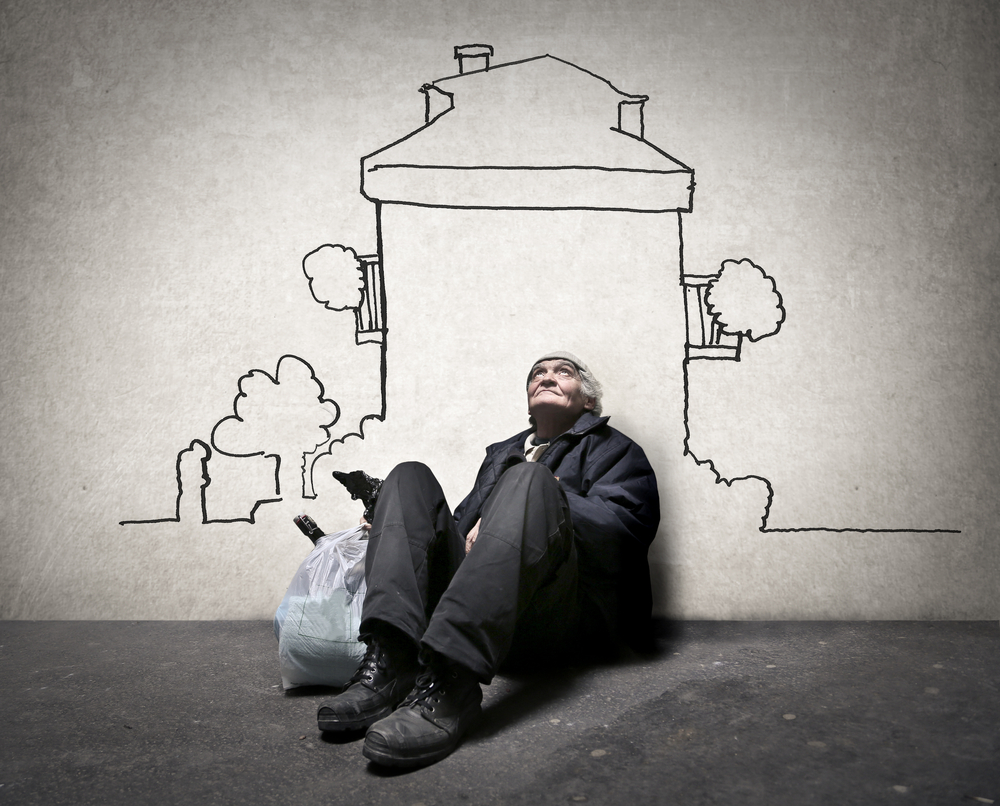 Vivian Majors spent her life cleaning houses while her husband, Martin, worked as a carpenter.

Their bodies broke down in their 60s. Martin now lives in a nursing home and has Parkinson’s disease. Vivian, now 71, lives on her own and ekes by on a $960 in social security, plus $50 in food stamps.

Hardened by years of physically taxing work that left her hovering around the poverty line, Majors, now retired, is girding herself for more years of financial hardship.

Social Security supposedly wiped out the scourge of old-age poverty. But inequality has widened the gap between the secure and insecure in all age groups, exposing American seniors to financial distress in ways that often go unnoticed.

According to research from the University of Massachusetts Boston, material hardship bedevils millions of Americans like Majors.

Opelousas, Louisiana, where Majors and her husband grew up and raised their own children, has the highest rate of elderly poverty in the United States. Opelousas is home to men and women who have worked all their lives. But in 2017, the average per-capita income in the town was only $15,266 a year, and 45 percent of its population lived in poverty.

Few Opelousas retirees received sick leave or health care coverage while they were working, and virtually none can count on a pension. A lifetime of poverty rarely translates into what the rest of the country defines as true retirement. Instead, the working poor often stay on the job past retirement age.

Social Security has played a crucial role in bringing down poverty rates for Americans over 65. But the lives of older Americans are a natural extension of their experiences in their prime working years.

As inequality impacts more working-age Americans, the poverty they experience throughout life follows them into old age. The Gerontology Institute at the University of Massachusetts Boston found in 2016 that a majority of American seniors lacked “the financial resources required to pay for basic needs.”

The numbers are higher for those living alone than those in two-senior households, but overall the material hardship of the elderly is significant — especially for the large population living just a little above the official poverty line.

These households miss out on benefits — from food stamps to housing grants to Medicaid — designed to assist those in need. They’re on their own and yet facing significant shortfalls in the resources needed to survive at a minimally acceptable level.

The institute found that gaps were particularly problematic for women who, on average, received $4,500 less per year in Social Security benefits than men because they had lower lifetime earnings and worked fewer quarters to take time out for caregiving.

In this sense, elder poverty isn’t really about elders; it’s about whole lifetimes of economic marginality.

Poorer seniors are likely to have been poor, or among the working poor, most of their lives. They’ve held jobs that paid low wages, were often involuntarily part-time, provided for no sick leave or health insurance, and provided nothing at all in the way of pensions.

Majors is a frugal woman. She shuts down the air conditioner during humid Louisiana summers rather than see her electricity bill rise. Even in her old age, with such limited resources, she lends a hand to her grown children when they need it.

“A lot of people sometimes wonder how you’re making it,” she says. “But you manage, you know. You’re going to survive.”

That is no doubt true. Yet we can ask ourselves why merely being able to “manage” is the best that can be expected for a hardworking woman like Majors. Retirement shouldn’t mean hardship in the 21st century.

Katherine Newman is the interim chancellor of the University of Massachusetts, Boston. This piece was produced by the Economic Hardship Reporting Project, first published by The Guardian, and adapted for distribution by OtherWords.org.