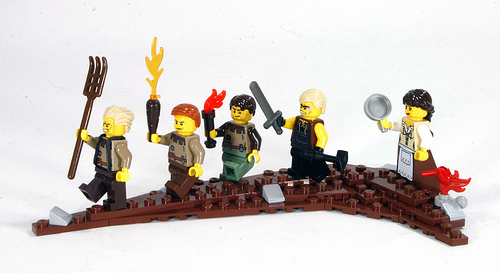 A card-carrying member of the upper crust tells his peers that helping the poor get richer will boost the economy.
By Jim Hightower | September 16, 2014

Here’s an unusual super-rich guy with a strange message for his fellow 1-percent-of-the-1-percenters.

Nick Hanauer, who made billions as an Internet entrepreneur, recently wrote an open letter to his fellow über-richies.

“The true job creators are middle-class consumers, not rich businesspeople like us,” Hanauer declared a little while ago in Politico Magazine. “I earn about 1,000 times the median American annually, but I don’t buy thousands of times more stuff.”

America depends on a strong middle class, he says, for it’s their purchases that power the economy. To back this up, he points out that his family has three cars — not 3,000.

So, Hanauer says, it’s in the self-interest of America’s corporate and financial elites to do all they can to lift the earnings the rest of us take home — starting with a $15-an-hour minimum wage.

“The two cities in the nation with the highest rate of job growth by small businesses are San Francisco and Seattle,” Hanauer points out, observing that they also have the two highest minimum-wage levels in the country.

For the Koch-headed ideologues who oppose having any minimum wage at all, this member of the billionaire’s club says that the soundest way to shrink government is to decrease the need for it. That will take paying decent wages so people don’t need food stamps, rent assistance, and other subsidies for life’s basics.

Hanauer concludes with this sobering warning to obtuse billionaires: No society can survive the glaring inequities permeating the American economy. Unless these feudal low-wage policies make way for efforts to bridge the widening divide, “the pitchforks are going to come for us.”