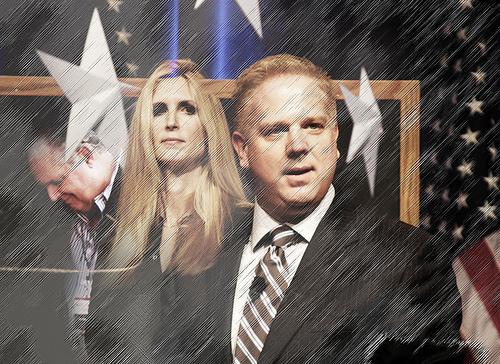 Right-Wing Politicians Expose Themselves on the Radio

It's fascinating to hear what conservative lawmakers say when they think no one outside their core audience is listening.
By Jason Salzman | September 12, 2011

If you really want to understand conservatives these days, you should check out some talk radio shows.

It might not make for the most relaxing listening experience, but you’ll probably learn things you never knew before.

Despite the growing popularity of progressive radio shows like those hosted by Thom Hartmann, Ed Schultz, and Joe Madison, conservatives still dominate the nation’s talk radio airwaves. Plus, many local shows around the country are hosted by conservatives of all stripes, including tea partiers and libertarians. 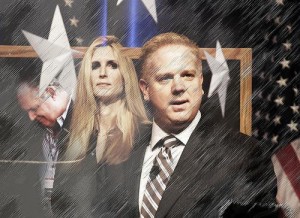 At night, grab a podcast online and eat dinner with whichever conservative yammerer you missed during the day.

You shouldn’t have a problem tuning in, no matter where you live. Salem Communications, a chain of hard-right stations owned by right-wing funders Stuart Epperson and Edward Atsinger III, has 95 radio outlets brimming with unchallenged conservative views. You’ll find one or more Salem stations in all but two of the top 25 U.S. markets, according to the company’s website.

The illuminating part of listening to conservative radio is not so much the predictable drone of national yackers like Limbaugh, who told his audience on Sept. 1, “I once again have become a titular head of the Republican Party, calling the shots.”

No, what’s surprising are the views of politicians that emerge on air.

In the scrutiny-free zone of right-wing talk radio, particularly the local shows, you hear political rhetoric and raw emotion that other media don’t pick up.

For example, three conservative Colorado politicians recently made statements on right-wing radio shows in their state that they’d said nowhere else. Maybe they were feeling a bit too comfy.

And whether they agree with them or not, their constituents would want to know what they said.

In late July, Rep. Doug Lamborn (R-CO) likened President Barack Obama to a “tar baby.” When the racist epithet he uttered on the Caplis & Silverman radio show was exposed to the harsh light of the real world, Lamborn apologized.

Two weeks later, Rep. Cory Gardner (R-CO) astonishingly called for the dismantlement of the Department of Transportation after some nudging from tea-partying radio host Amy Oliver. He had never before revealed this position, which is at odds with the needs of our national aviation industry.

And then it was Rep. Mike Coffman’s turn. On Aug. 16, this third Colorado Republican accused the Obama administration of speeding up the citizenship process for undocumented immigrants to load the voter rolls prior to the 2012 election. The United States Citizenship and Immigration Service, which is part of the Department of Homeland Security, denied the absurd accusation, which Coffman made on the same show that aired Lamborn’s gaffe. Undocumented immigrants can’t even apply for citizenship, so there’s no way that any of them are casting ballots next year.

Obviously, these types of statements aren’t meant for mass consumption. They’re more like what you’d expect to hear at the water cooler at the tea party’s headquarters.

And that’s why they’re so important for the public to hear and understand. The radio can give you a fuller picture of what conservative politicians and some of their most vocal backers believe, what they’re fighting for, and what they’re committed to.

So give your local right-wing station a try. You never know what you’ll hear. And that’s the point.

A former media critic for the Rocky Mountain News, Jason Salzman is board chair of Rocky Mountain Media Watch and author of Making the News: A Guide for Activists and Nonprofits. www.bigmedia.org