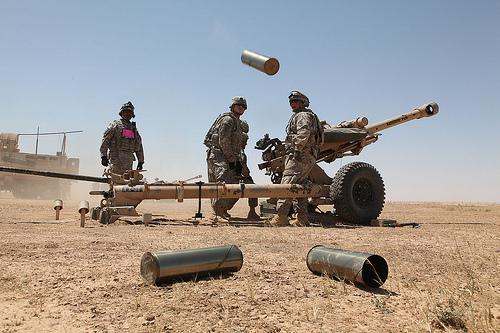 Here we are on the brink of a major historical moment. We’re beginning to wind down the longest period of war in our history. And we’re about to turn around a 13-year-long surge in Pentagon spending.

It’s not just longtime advocates for such changes like me who think so. William Lynn, a former Deputy Secretary of Defense who has lobbied for the military contractor Raytheon, likens this moment to the years right after World War II, Korea, Vietnam, and the Cold War. In a recent speech at the U.S. Naval Institute, he suggested that big cuts to the military budget are in the cards.

But this isn’t the precipice that’s consuming Washington right now. Instead, the so-called “fiscal cliff,” the package of tax increases and spending cuts that will begin in January unless Congress agrees on a way to stop them, is the big buzzword.

Pentagon cuts are actually part of the “cliff” plan. You’d hardly know it — most of the talk is about “reforming” taxes (including tax cuts for the rich and corporations) and “reforming entitlements” (a euphemism for weakening the safety net). But without a new deal, we’ll be spending about $50 billion less on the military each year.

Secretary of Defense Leon Panetta has referred to these cuts as “doomsday.” Really? Over 10 years these cuts, adjusted for inflation, would take our Pentagon budget back to where it was in 2006. As high, in other words, as it was at any time since World War II. 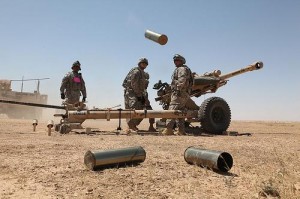 The “cliff” would cut the military budget to about 8 percent below where it is now. All those other wars (World War II, Vietnam, and so on) were followed by Pentagon budget downsizings many times higher. At that same Naval Institute forum where Lynn spoke, a former official overseeing the military budget at the Office of Management and Budget foresaw a 30 percent contraction in this budget during the decade before us.

The military cuts that would occur without a new budget-balancing deal are admittedly a bad way to run a government. For one thing, they come tied to equivalent cuts in nearly every other federal program — food safety inspections, job training, air traffic control, health care research, the whole gamut.

And for another, this “fiscal cliff” business is all about narrowing the deficit. But a majority of citizens made clear in that election we just had that they think creating jobs is more important right now than the budget deficit.

Cuts alone aren’t going to create those jobs. We must also redirect our tax dollars from things we don’t need — like Pentagon waste — into things we do — like clean energy and transportation.

And we can afford to do that because, we’re not broke. Our budget priorities just need fixing. In a recent report, my Institute for Policy Studies colleagues and I propose a framework for doing so. Our proposal includes $198 billion in yearly military cuts — from spending on things like wars we shouldn’t fight and weapon systems and overseas bases we don’t need.

These steps would get us that 30 percent contraction, which would bring this new century’s defense downsizing in line with the ones of the previous century. It’s an essential step toward building the sustainable jobs base we need.