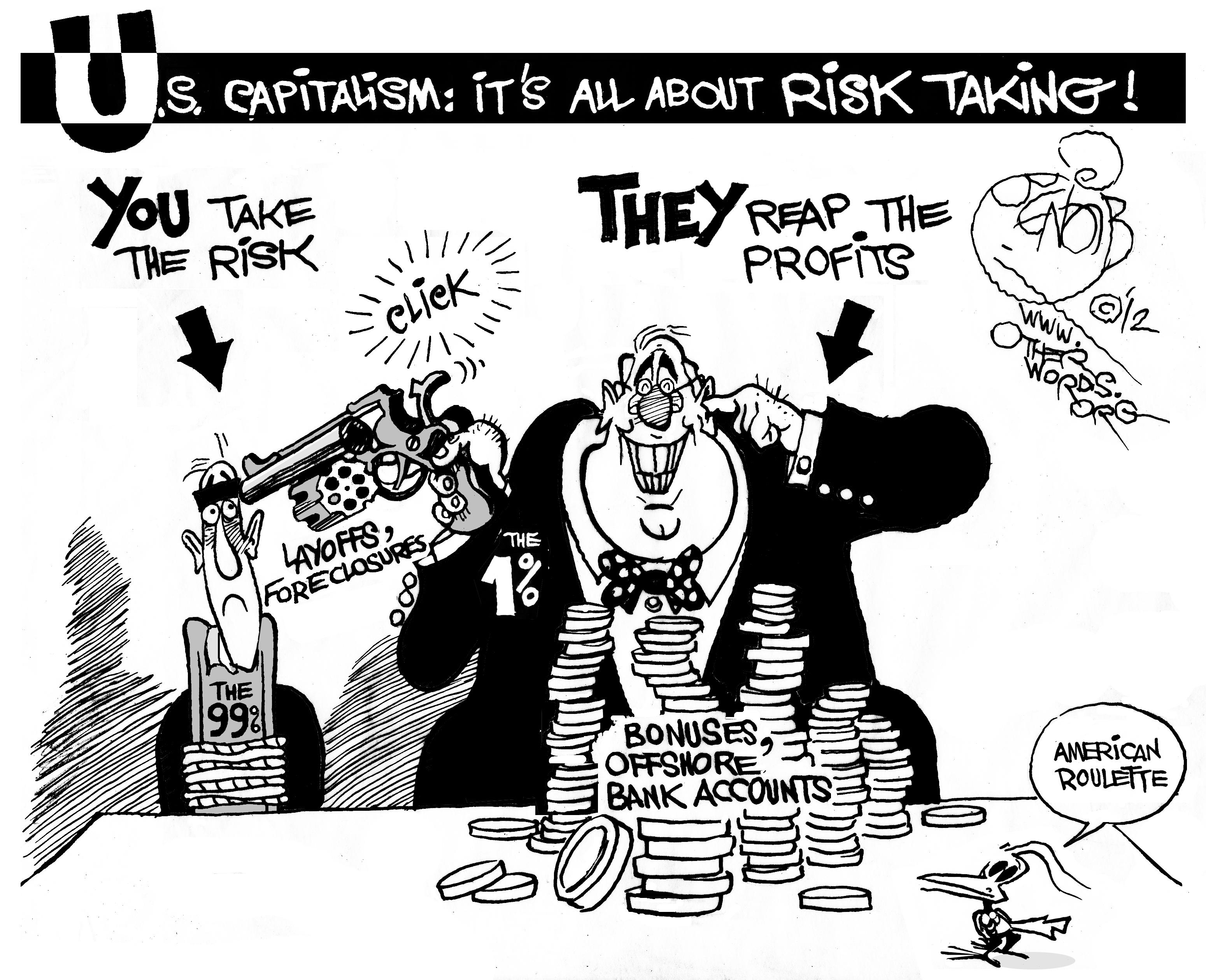 What makes Wall Street so attractive to ambitious workers and bright minds?

It’s the same thing that also makes it so reckless: big paychecks.

Americans get this, which is why Congress has passed a financial reform law to begin to repair the problem. But the official watchdogs responsible for enforcing the law, under assault by Wall Street lobbyists, seem to have shelved the necessary regulations pending “review.”

The aggressive loan-makers who made millions churning out junk mortgages contributed to the 2008 financial crash. Those mortgages fed the fee-generating securitization assembly line developed by math whizzes, which fattened more wallets. The high-risk traders at banks and hedge funds took it a step further, gambling on the fate of those original loans to generate even bigger windfalls.

And astronomic compensation remains the norm on Wall Street.

After a record year for Wall Street bonuses in 2010, the nation’s six largest banks paid out $144 billion in bonuses and compensation in 2011, the second-highest figure ever for these institutions. Bankers claim that their bonuses fell last year, but they managed to make up the difference with higher base pay. At Morgan Stanley, CEO base pay doubled. At Goldman Sachs, CEO base pay tripled. Since 2008, the six largest banks have paid out $539 billion in total compensation. 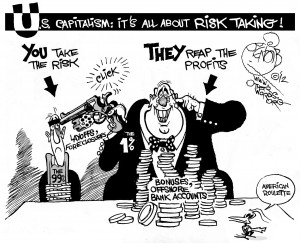 Don’t be jealous of this compensation. Be outraged.

This figure does include all employees, including tellers, whose salaries average $25,000 according to the Bureau of Labor Statistics. But as the industry has been shedding line employees, rising total compensation has become even more concentrated among managers. “Wall Street has its own 99 percent and 1 percent,” observed Mike Mayo, an analyst with the brokerage firm CLSA. “The 1 percent continues to win against the 99 percent.”

The bankers’ half-trillion-dollar payday comes close to the $879 billion their firms received in taxpayer bailout funds and other federal help after the financial crash. It comes even closer to the estimated $750 billion in mortgage debt Americans owe that exceeds the current value of their homes.

Americans paid — and continue to pay — for this risky business. Beyond the cost of the bailout, unemployment stands at 8.3 percent, real wages have stagnated, and millions have lost their homes through foreclosure.

No wonder Occupy Wall Street, which dramatized the geographic source for the nation’s economic troubles, sparked a nationwide movement.

Congress addressed the role of these “compensation systems” in key sections of the Dodd-Frank Wall Street Reform Act in 2010. A pivotal section directs the bank regulators in Washington to prohibit any type of compensation that encourages “inappropriate risks.”

Unfortunately, the regulators’ proposal for achieving this key objective lacks teeth. They suggested that only a sixth of a banker’s annual bonus be withheld for three years. That’s a small penalty on bonuses that can run into the tens of millions of dollars, especially if the profits the bonus is based on turn out to be illusory. It would be better to withhold the entire bonus for three years.

Washington’s banking agencies asked the public to weigh in about this proposal. Thousands of Americans outraged by the role Wall Street pay figured in crashing the economy offered their two cents.

But Wall Street knows a few tricks about influencing Washington. My colleagues and I at Public Citizen documented Wall Street’s grip on this issue in a report called “Just Not Us,” which showed that opponents of Dodd-Frank spent $242 million, deploying 712 lobbyists, to get the rule to apply to anyone but them. Nearly 400 of these lobbyists had previously worked for Congress or one of the same agencies now finalizing the rules for this law. These Wall Street lobbyists know who makes decisions, whom to call, and what arguments work. And the lobbying seems to be achieving the best results for Wall Street: Nothing.

This vital reform has been waiting for more than 18 months. We need cops on the beat. The sooner, the better.

Bartlett Naylor is a financial policy advocate at Congress Watch, a project of Public Citizen. www.citizen.org
Distributed via OtherWords (OtherWords.org)