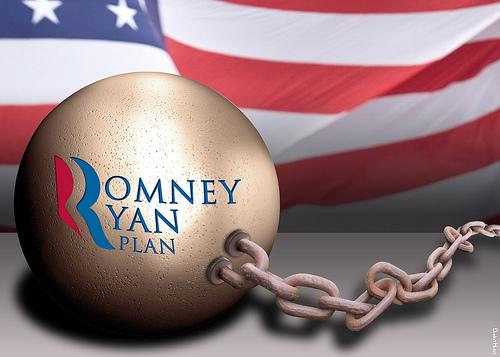 Romney Runs away from his Running Mate

Poor Paul Ryan — he successfully rammed a budget bill through the U.S. House of Representatives that gutted Medicare, thus earning him the undying adulation of the far-right Republican fringe, whose unrestrained enthusiasm for him compelled Mitt Romney to name the Wisconsin Republican as his vice presidential nominee.

So far, so good — but, wham! — the Romney-Ryan ticket had barely debuted before Mitt started dumping on his newly anointed running mate’s budget. Curiously, that’s the exact same budget that Romney had gushed about during the Republican primary this spring, calling it a “bold and exciting effort” that is “very much needed.” 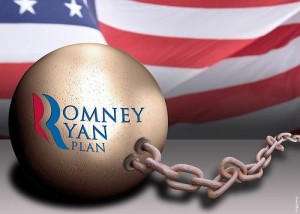 But that was when Mitt was trolling for votes in the shallow waters of the fringe. Now, however, Ryan’s budget, the very bauble that got him to the GOP’s No. 2 political slot, turns out to be so widely and wildly unpopular with voters in the deeper waters of the general election that it’s already been trashed by the GOP’s No. 1. “I have my own budget plan,” Romney backpedaled the day after he knighted Sir Ryan, “and that’s the budget plan we’re going to run on.”

It’s kind of strange (and a bit unsettling) to see a candidate for president of the U.S. of A. straining to explain that he’s the one in charge, not the young ideologue. Romney even went on national TV to tell us that, while Ryan would certainly be consulted, “I have to make the final call in important decisions.” Sure, Mitt — you da man! But was he trying to convince us…or himself? Or Ryan?

Indeed, at the staged event where Romney introduced his choice for veep, he bungled his line, presenting Ryan as “the next President of the United States.” Was that just another Romney gaffe? A Freudian slip? Or an eerie moment of candor?

If they were honest with voters, their bumper sticker would read: “Ryan-Romney 2012.”