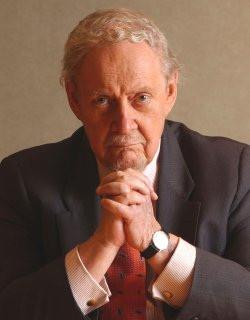 Romney's choice of a Reagan administration relic for judicial guidance offers a scary glimpse of his plans for America.
By Jamie Raskin | April 23, 2012

Many presidents leave their most enduring legacy to the nation in the justices that they name to the Supreme Court. So what inspired former Massachusetts governor Mitt Romney to name former judge Robert Bork to co-chair his presidential campaign advisory committee on law, the Constitution, and the judiciary?

Surely Governor Romney meant to persuade Religious Right and tea party activists that he’s ready to do battle — not just to entrench the corporate Court that rules today, but to nominate people to the bench who will turn back the clock on civil rights and liberties.

What better proof that the formerly pro-gay rights and pro-choice Massachusetts governor has completed his conversion to right-wing conservatism than to pick America’s scowling critic of abortion, gay rights, free speech, progressive regulation, and the separation of church and state as his constitutional in-house counsel? Even if it fails to convince the right that Romney is a “severe conservative” like Rick Santorum, at least appointing Bork expresses his complete and total surrender to the most extreme forces in the Republican Party. 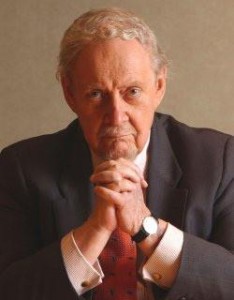 But what does this appointment say to the rest of us? Romney must be assuming that we have all forgotten about Bork’s anti-consumer, anti-environmental, and anti-worker record as a judge, not to mention his snarling opposition to women’s rights, civil rights, and civil liberties. Those hard-core positions moved the Senate to reject his Supreme Court nomination by Ronald Reagan on a bipartisan vote of 58-42.

Bork then resigned from the United States Court of Appeals for the District of Columbia Circuit to launch a career as a conservative polemicist with the American Enterprise Institute. Romney is presumably trusting that most of the public has tuned out Bork’s increasingly bitter diatribes against the “feminized” Supreme Court, “American cultural decline,” and the social “rot and decadence” of our country.

Unfortunately for Romney — but luckily for America — Bork’s record is indelible. He famously wrote that the part of the Civil Rights Act requiring desegregation of public places reflected “a principle of unsurpassed ugliness.” He argued that states should be allowed to use poll taxes and literacy tests that block citizens from voting. He would allow states to outlaw birth control and criminalize gay and lesbian sex. He thinks that the heightened protections of the Constitution’s equal protection clause simply don’t apply to women fighting government sex discrimination.

Bork is a proud advocate of censorship and has argued that the First Amendment applies only to political speech, not art or literature. These days, he’s even doubting evolution. Although his business views channel social Darwinism, he doesn’t think much of Darwinism itself. And that just scratches the surface of his reactionary world view.

Romney’s elevation of Bork to advise him on the Supreme Court and the federal bench could spell serious trouble for the American people. At a time when a reliable majority on the Supreme Court is already sanctifying the power of large corporations and closing down individual Americans’ access to the courts, and when reproductive freedom and voting rights hang by a thread, it’s cause for public alarm that Romney wants to try once again to put Robert Bork in the driver’s seat of America’s constitutional journey.

Jamin Raskin is a People For the American Way senior fellow, a constitutional law professor at American University Washington College of Law, and a Maryland state senator. This op-ed is adapted from his new report Borking America: What Robert Bork Will Mean for the Supreme Court and American Justice.
Distributed via OtherWords (OtherWords.org)