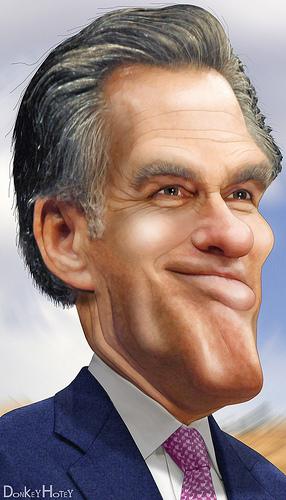 When I watched Mitt Romney on a candidates forum on Univision, the country’s largest Spanish-language TV network, something about him looked different. He actually looked browner. At first I figured it was my imagination, but soon everyone from Washington Post columnist Jonathan Capehart to the gossipy Gawker website was buzzing about the Republican presidential nominee’s new, tanner appearance. The consensus seemed to be that either he had been the victim of a bad makeup job, or he had gone heavy on the spray tan.

Either way, Romney has been trying harder lately to connect with Latino voters. Besides going on Univision, he also appeared on its rival network, Telemundo, and gave a speech to Latino business leaders.

Through it all, he gave misleading answers and sidestepped important issues. It seems that his new Latino outreach is as fake as his new skin tone.

When Romney spoke to the Hispanic Chamber of Commerce in Los Angeles, he criticized President Barack Obama’s immigration policies. Romney even claimed that the incumbent has done nothing to advance the DREAM Act, a measure that would allow undocumented immigrants brought here as children a path to citizenship, provided they meet certain conditions. But in fact, Obama did support the DREAM Act, which died in 2010 after Republicans deserted it. 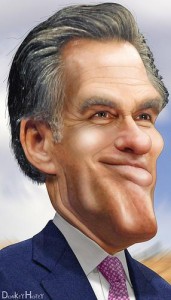 It’s hypocritical for Romney to blame the DREAM Act’s failure on Obama when Romney himself has vowed to veto it. No wonder National Public Radio noted a “polite if tepid” applause from the Chamber’s members during the Republican nominee’s speech.

On Telemundo, Romney said, “If people want more free stuff from the government, they may be attracted to President Obama. If they want more jobs and good jobs, I think they’ll support my campaign.” Who said people wanted free stuff from the government? More telling was the fact that Romney didn’t explain in any detail how he planned to create “more jobs and good jobs.”

Like other Americans, some Latinos do depend on government services to help them improve their lives or get through tough economic times. The millions of people who receive some form of government aid include seniors, veterans, children, and the working poor. Does Romney consider them all moochers?

With the election drawing near, Romney needs to win over millions of Hispanic voters, especially in key battleground states like Florida, Nevada, Virginia, and Colorado, if he wants to move into the White House. A September poll by the research group Latino Decisions showed Obama with the support of 68 percent of Hispanics, compared with 26 percent for Romney. To do better with Latinos, Romney needs to up his game — pronto.

Instead, Romney is still ducking the tough questions. At the Univision forum, he was asked about Obama’s “deferred-action” plan for undocumented youth. The new immigration policy allows qualified young people a two-year reprieve from deportation if they prove they are in school or the military, and have clean records. Despite being repeatedly pressed by the moderators, Romney wouldn’t say whether he would continue or cancel the policy as president. He would only allow that he planned to “put in place a permanent solution” to illegal immigration. His refusal to give a straight answer was almost insulting. It didn’t help that Romney referred to these undocumented youth as “illegal aliens.”

At the same forum, Romney was asked what he planned to do about the estimated 10 million undocumented immigrants in the U.S. “We are not going to round up people around the country and deport them,” Romney said.

Yet the GOP hopeful is firmly against any “amnesty” for the undocumented. He has called Arizona’s stringent immigration law a “model for the nation.” His “self-deportation” concept is inhumane as well as unrealistic. So what is Romney’s immigration policy? That remains unclear.

“I am convinced that the Republican Party is the rightful home of Hispanic Americans,” has become Romney’s go-to line. But it sure is hard to see why. He has had months to make his case, and so far his approach seems to be, “just trust me.” This isn’t an effective strategy to win the Latino vote, let alone the presidency.

By Raul A. Reyes