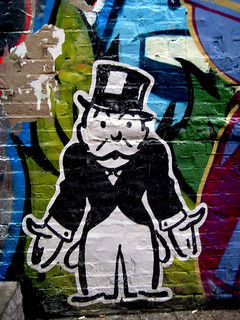 The House Financial Services Committee has just moved to repeal the only statutory provision now on the books that puts real heat on overpaid top executives.
By Sam Pizzigati | June 26, 2013

Only 10 percent of Americans now have confidence in Congress, Gallup informs us. No other major American institution has ever had an approval rating this low.

But public confidence in Congress would probably sink even lower if average Americans knew more about what our lawmakers are actually doing. The latest case in point: the steady progress of H.R. 1135, the “Burdensome Data Collection Relief Act.”

This particular piece of legislation speaks to an ongoing frustration in America’s body politic: CEO pay. Most Americans think corporate executives are grabbing far too much compensation. 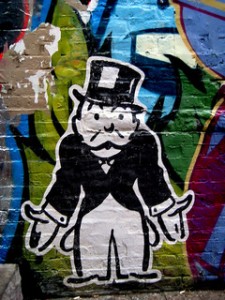 Not the members of the House Financial Services Committee. By a 36-21 margin, they’ve just voted to repeal the only statutory provision now on the books that puts real heat on overpaid CEOs. The full House, observers expect, will shortly endorse this repeal.

The specific provision 31 Republicans and five Democrats voted to overturn — section 953(b) of the Dodd-Frank Wall Street Reform and Consumer Protection Act — imposes a new disclosure mandate on corporations.

Corporate pay reformers consider this ratio to be crucial information for reining in executive excess. If Americans could see — and compare — the exact CEO-worker pay ratio from one corporation to another, the reformers believe, the resulting negative publicity on the corporations with the widest pay gaps might just discourage excessive future executive compensation.

And if corporations ignored this negative publicity, Dodd-Frank’s disclosure mandate could serve as a stepping stone to tougher reforms. Lawmakers could, for instance, set a specific CEO-worker pay multiple as the nation’s preferred corporate compensation standard and deny tax breaks — or government contracts — to corporations that pay execs above that standard.

Pay ratio disclosure clearly has the potential to help extinguish what one Forbes analyst calls “the out of control wildfire” that executive pay has become. But the mandate hasn’t so far extinguished anything.

Corporate lobbyists have seen to that. They’ve been pressuring the Securities and Exchange Commission, the federal agency that must issue regulations before any new mandate over corporate behavior can be enforced. The agency has so far issued no regulations on CEO-worker pay disclosure. And nearly three years have gone by since Dodd-Frank initially worked its way into law.

America’s corporate leaders, meanwhile, don’t want to have to rely solely on their ability to intimidate the SEC. They’ve also orchestrated a congressional drive to simply repeal the Dodd-Frank pay disclosure mandate outright.

How can lawmakers who carry Corporate America’s water possibly defend repealing a measure as common-sense as pay ratio disclosure? Easy. They simply paint corporations as the victims of overzealous government bureaucrats out to drown them in burdensome — and meaningless — paperwork.

“I assume,” Hensarling smirked, “there is an infinite number of ratios some investors would find helpful to their decisions.”

Serious business analysts see executive-worker pay ratios as anything but trivial. Peter Drucker, the father of modern management science, believed that any corporations that had executives making over 20 or 25 times worker pay are placing employee morale and productivity at risk.

To sum this all up, the Dodd-Frank law’s section 953(b) was duly enacted into law, then ignored and never enforced, and now stands in jeopardy of getting repealed into oblivion. What can we learn from the sad, still-unfolding tale?