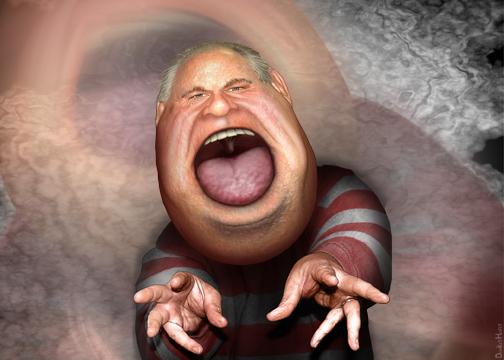 Rush Limbaugh and the Live Volcano

It’s not about free speech. Within extremely wide limits, Rush Limbaugh certainly has the right to say anything he pleases.

It’s not about sponsors. Even if I’m glad that JC Penney, Netflix, Allstate Insurance, and at least 50 more advertisers have dropped Limbaugh’s show. And that nearly 100 big corporate sponsors have declared that they no longer want their ads to run when he or others “deemed to be offensive or controversial” are on the air.

The public outcry over his vulgar and sexist remarks about Georgetown University law student Sandra Fluke is about a volcano of anger from women. The outrage had simmered for years as countless attacks on women’s reproductive freedom piled on. It’s erupting now. 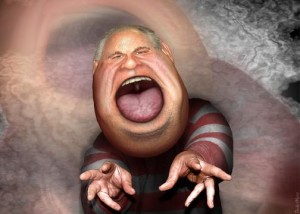 Republican state legislatures have imposed so many restrictions on abortion that it’s now impossible to get one in 88 percent of U.S. counties. Even where you can get the procedure, you may have to undergo a vaginal probe (especially if you live in Texas) and suffer an unwelcome lecture, then wait 24 hours or more. “Personhood” initiatives that declare fertilized eggs to be citizens with rights that trump those of the women carrying them could be on the ballot in at least 12 states this year.

The volcano first erupted when the Susan B. Komen foundation pulled its support from Planned Parenthood’s mammogram services in January. Republican lawmakers had already tried unsuccessfully to completely defund Planned Parenthood’s many health services because it provides one (abortion) they don’t like, even though the procedure isn’t funded with any government money. It only took a few days for Komen to reverse its decision as women burned up the Internet with their derision for the organization — and supporters poured more than $3 million in contributions to Planned Parenthood in just three days.

That dustup was nothing compared to the attack on birth control mounted by the U.S. Conference of Catholic Bishops and taken up by Republican candidates far and wide. When President Barack Obama announced he was sticking to his decision to include birth control without co-pays in the new insurance exchanges, it drew an all-out attack from the Republicans. Not just on insurance coverage, but on the use of birth control at all. Senate Republicans followed the bishops’ lead and introduced a bill to allow any business to deny insurance coverage for any condition it objects to for “moral” reasons — including breast cancer treatment and pregnancy.

The hot lava pouring from this volcano of women’s outrage may bury Republican candidates in November. 2012 is already shaping up to be the year of the fed-up-and-angry woman. The GOP needs a transplant to replace its tin ear.

If Republicans think the right-wing fringe that makes up the majority of primary voters can elect them in November, I’ve got a news flash: The majority of the population in this country is female. The majority of registered voters are women. And the majority of people who actually vote in presidential elections has been female for at least two decades. What’s more, women have moved away from the Republican Party since 1972.

And another thing: Though it hasn’t always been enough to swing the election, women vote differently from men. They reliably prefer the more pro-woman candidate. The gender gap emerged in 1980 when Ronald Reagan came out against the Equal Rights Amendment and the Roe v. Wade decision, and it’s never gone away. Women preferred Bill Clinton twice and picked Al Gore over George W. Bush by 12 percentage points. (They may have even elected Gore, but the Supreme Court awarded Bush the presidency in a 5-4 decision.) Women favored Obama by 56 percent to 43 percent over John McCain. Unmarried women, who made up a fifth of the electorate, went for Obama by a whopping 70 percent.

It takes a mighty force to move the marketplace to the extent that women have moved Limbaugh sponsors. Companies don’t abandon profitable liaisons easily. It doesn’t take a genius to see the trend here. People who wrote off the women’s movement long ago might want to reconsider. Women are back in the public square and boy, are they mad.

Martha Burk is the director of the Corporate Accountability Project for the National Council of Women's Organizations (NCWO). Her new book Your Voice, Your Vote: The Savvy Woman's Guide to Power, Politics, and the Change We Need will be released soon.
Distributed via OtherWords (OtherWords.org)