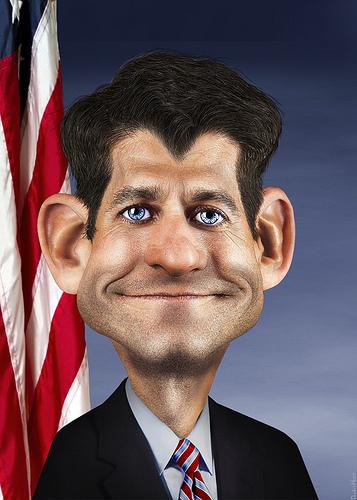 Ryan Runs Into the Truth

Whether you run a marathon or run for office, facts and integrity matter.
By Jim Hightower | September 17, 2012

To borrow from President Lyndon Johnson’s colorful analysis of a Nixon speech, “I may not know much, but I know chicken [poop] from chicken salad.”

Paul Ryan, the GOP’s current vice-presidential nominee, has spent his career in government trying to blur the boundary between the two. Over the years, the ambitious right-wing politico has carefully assembled a stinking salad of positive adjectives to create his public persona: an earnest, straight-shooting, big thinker with integrity and deeply held conservative convictions. 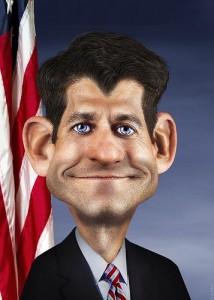 The media swallowed each spurious ingredient, helping push him forth as a tea party rock star and, now, a man who could be next in line for the presidency.

But since hitting the national stage, the real Ryan has been revealed as a slippery, dissembling, fabricating, small-minded, political hack. His debut speech at the Republican National Convention was so filled with lies and chicken you-know-what that it even caused Fox TV’s fawning commentators to gag. Since then, he has continued to stink up the campaign trail, establishing himself, in the words of one New York Times columnist, as “a veritable poster boy for hyperbole and hypocrisy.”

Then, in a recent radio interview, Ryan really ripped it by demonstrating the dishonesty that resides in his innermost core. Bragging that he’s a very fit fellow, the VP candidate claimed to have run a marathon in under three hours. Wow — that’s championship stuff!

Only, it was just more chicken stuff. Runner’s World magazine checked it out, and Ryan’s run turned out to take more than four hours — an ordinary time.

The candidate later tried to laugh it off as an innocent exaggeration. But whether you run a marathon or run for office, facts — and integrity — matter. Ryan can run, but he can’t hide the truth about himself.