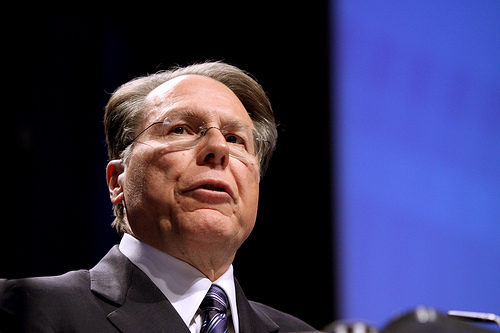 Sabotaging the Conversation about Guns

The NRA’s antics could hinder global efforts to reduce weapons sales to terrorists and regimes that abuse human rights.
By Don Kraus | December 26, 2012

Does NRA stand for “No Rational Argument”? In response to the tragic shootings at Sandy Hook Elementary School, the gun group’s CEO called for an armed cop in every school and a national database to track the mentally ill. Wayne LaPierre’s widely broadcast proposal prompted the New York Daily News to ask whether this list “should include the paranoid, delusional man himself?”

But this is far from a laughing matter. When it comes to gun violence within the United States and around the entire world, the NRA makes our planet a much more dangerous place for our children and families by using lies, misinformation, and political arm-twisting to support easier access to assault weapons and ammunition.

In the days and weeks to come, debates will rage within the United States on how we can best address the 30 mass shootings that, since 1999, have left over 260 people dead and many more permanently disabled. The NRA will work hard to derail attempts in statehouses and in the nation’s Capitol to tighten controls on the assault weapons and high capacity ammunition clips. But in New York, there’s another debate brewing where the NRA will also attempt to play the role of spoiler: the upcoming negotiations at the United Nations to establish a worldwide Arms Trade Treaty. The gun group’s antics could impact the lives of millions around the world. 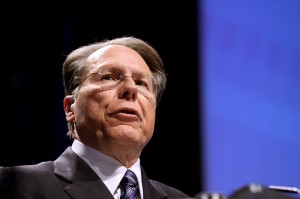 In March, negotiators will meet at the UN for a final round of talks to hammer out a set of common global standards on how countries import, export, and transfer conventional weapons. Every year, 12 billion bullets are produced worldwide. That’s enough to kill nearly everyone on the planet twice. Yet, bananas have stricter international trade regulations than weapons and ammunition.

The Arms Trade Treaty is a common-sense measure that would make it more difficult for weapons to be sold on the black market and halt the flow of weapons to dangerous regimes. This treaty, if enacted, would stop the irresponsible transfer of ammunition and arms to nations that support terrorists and to countries where there is a high risk of weapons being used to violate human rights, like in Syria and Bahrain.

The UN resolution that authorized the treaty talks made sure that the agreement only dealt with international sales and reserved “the exclusive right of (individual nations) to regulate internal transfers of arms and national ownership.”

Despite this assurance, the NRA’s LaPierre has gone on record saying the Arms Trade Treaty will threaten Americans’ rights to bear arms. Even a senior research fellow from the very conservative Heritage Foundation, Ted Bromund, has debunked this big lie.

“I don’t think that the ATT is a gun confiscation measure for a variety of reasons,” Bromund said. “First, because I don’t regard that as within the bounds of possibility in the United States and secondly, because that is not what the text says.”

But facts have never gotten in the way of those determined to use controversy and fabrication to undermine civil debate. Take Bradlee Dean, a heavy metal drummer, ordained minister, and a columnist for the arch-right publication World Net Daily. He has called the Sandy Hook shootings part of a government plot to win support for the Arms Trade Treaty. As “evidence” he notes that the shootings happened “just days after Senator Rand Paul (R-KY) sent out an alert that the UN was set to pass the final version of the Small Arms Treaty, supported by Obama the day after the election.”

While it would be easy to dismiss Dean as delusional and LaPierre as paranoid, their tactics and goals undermine efforts to protect children and families at home and abroad.

Our nation is clearly ready for a healthy debate on our relationship with guns. The question is, are we prepared to stand together to discredit those who deploy lies and fear to sabotage the conversation?

Don Kraus is the president and CEO of GlobalSolutions.org, a groundbreaking movement of Americans who support a cooperative and responsible U.S. role in the world. Distributed via OtherWords (OtherWords.org)