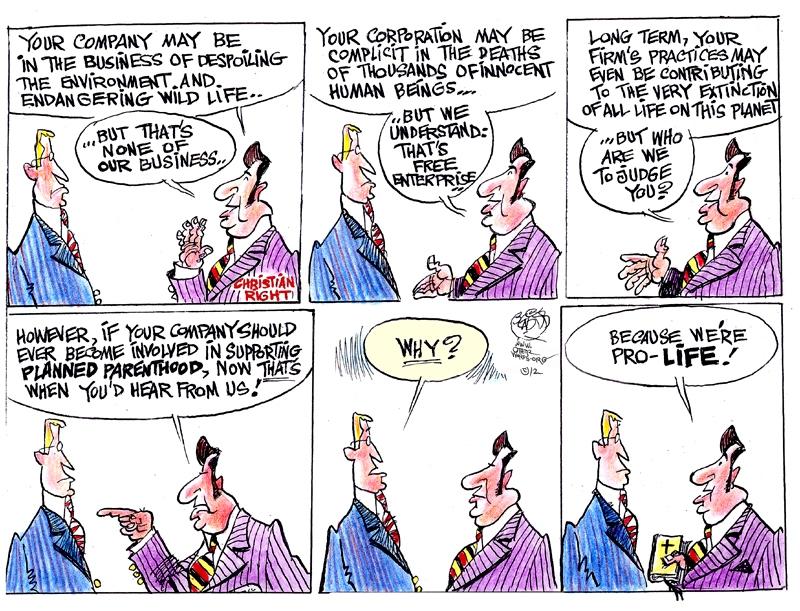 Why do the Republicans in Congress hate unborn babies?

Yeah, I know they profess to love the unborn. They even consider them to be “persons” from the very moment of conception.

Yet, whose interest do you think these same politicos have chosen to protect when it comes to regulating an especially nasty industrial toxin that threatens unborn babies?

That nasty substance is mercury, a neurotoxin that spews into our air from old, coal-burning electric power plants. This toxic mercury lands in water, where it’s turned into methylmercury, which builds up in fish. Many pregnant women unwittingly eat these contaminated fish, and the methylmercury messes terribly with the emerging nervous systems of their fetuses, producing babies with impaired IQs who are unable to think and learn as they should. 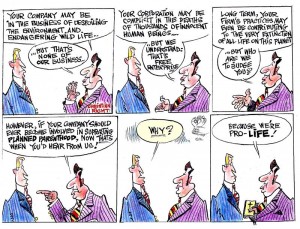 After 20 years of delay forced by lobbyists for utilities, the Environmental Protection Agency finally came out in December with regulations to control the mercury emissions from power plants. Hallelujah — save the babies!

But wait, the lovers of the unborn aren’t celebrating this move to stop industry from doing gratuitous damage to children’s IQs.

Far from it. GOP lawmakers are now howling to overturn the EPA’s mercury regulations. A bunch of them say they want to kill the EPA itself to stop such “governmental interference” in the corporate pursuit of profits. Unborn babies make great politics, but they don’t make big campaign donations. The GOP goes with whom it really loves.

How ironic that the defenders of mercury pollution are “mad as a hatter” about the EPA’s protection of children. Maybe they don’t know that the phrase comes from 19th-century hat makers who used mercury compounds in their work, often causing mental damage that literally drove them mad.