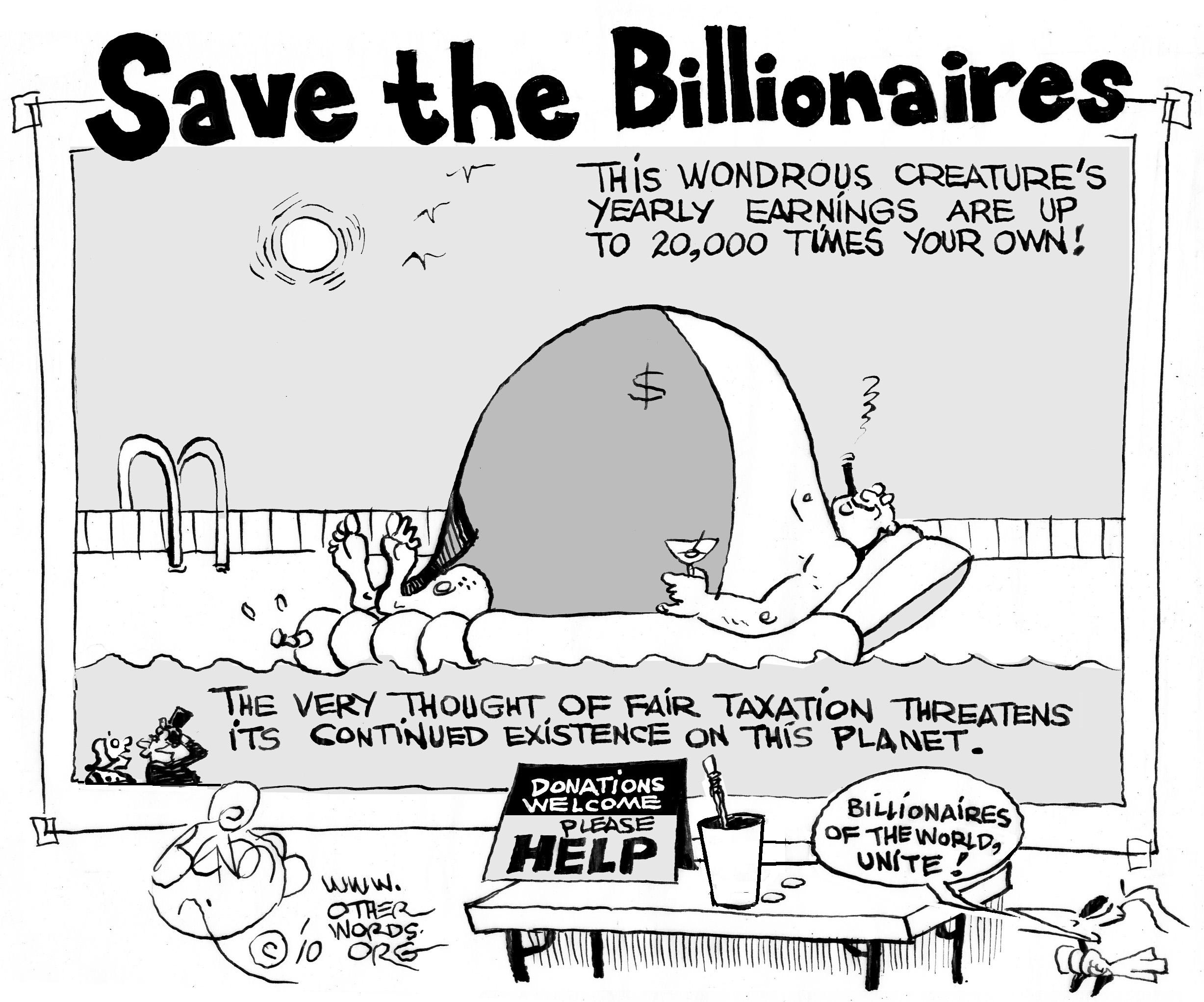 Save the Billionaires’ Tax Loophole

These pampered people say being taxed like us commoners would amount to persecution.
By Jim Hightower | October 11, 2010

Look out. They’re angry. Foaming-at-the-mouth angry. And they’re lashing out, saying they won’t take it anymore. As one of their leaders angrily cried, “It’s a war.” Indeed–they’re on the move to take their country back.

Yes, some of the richest, most pampered people on the planet–people who wallow in luxury every day, with never a concern about losing a job, a home, health care, or getting their kids into college–these people are wailing in self-pity. They are Wall Street hedge-fund operators, which essentially means they are high-flying financial flimflammers. What has stoked them into an elitist fury is an Obama proposal to close off a ridiculous tax loophole that has let them pay only 15 percent of their lavish income in taxes, rather than the 35-percent rate that we commoners pay. 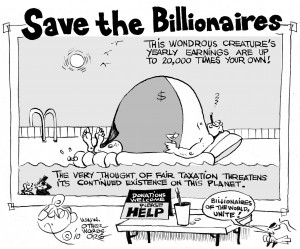 One of the richest of these raging billionaires, Stephen Schwarzman of the Blackstone Group, sees Obama’s proposal as an outrageous intrusion into the suites of the elite, comparing it to “when Hitler invaded Poland.” This over-the-top-tantrum comes from a multibillionaire, a guy who spent $3 million in 2007 to throw himself a birthday party. Come on, Steve, pay your taxes!

Pathetically, the real root of this sad Hedge Fund Rebellion is a feeling by these powerful, super-privileged megalomaniacs that they are being picked on. One even whined that asking hedge funders to pay taxes at the same rate as everyone else amounts to the “persecution of the minority.”

Good grief man, get a grip! Next thing you know, these doofuses will hire Glenn Beck to host a weepy “Save the Billionaires’ Tax Loophole” telethon.