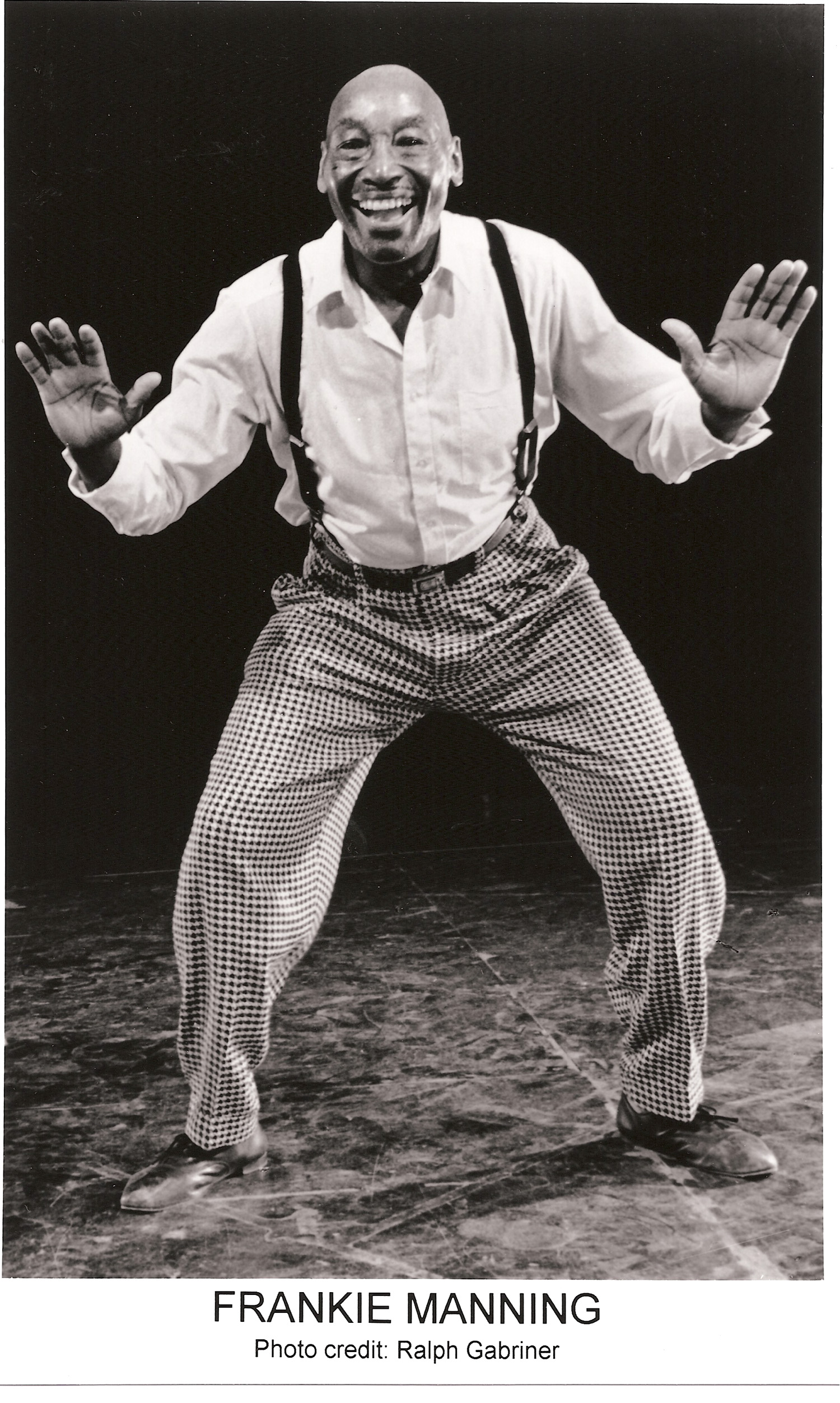 There's no way I could sit out Frankie Manning's centennial.
By Emily Schwartz Greco | May 21, 2014

Fifteen years ago, I’d boxed myself into a job and lifestyle that didn’t suit me. Lindy Hop legend Frankie Manning led me to dance my way to a better place.

I was covering global crises as a financial reporter. Writing snappy articles about soulless International Monetary Fund reports was tapping me out. 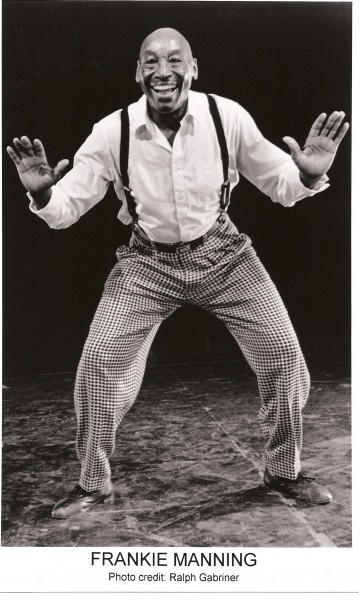 Plus, I was in my mid-30s, living alone in Washington, D.C. — a town where single women outnumber available men. Without the gumption to go it alone or quit my job, it looked like I’d never be a mom or find more fulfilling work.

A new passion, which perhaps bordered on an obsession, changed my life.

By 1999, Washington had become a major hub of the swing dance revival. People of every political stripe were learning the partnered social and performance dance — also known as Lindy Hop — your grandparents might call “the jitterbug.”

The modern version I do channels young hipsters, firmly middle-aged folks, and senior citizens into a quirky and thriving global subculture. Nightly dances, many featuring live bands playing hits from the 1930s, ’40s, and ’50s, start at 9 p.m. — later than most journalists’ deadlines.

After years of learning everything from ballet to the samba, I caught on fast while growing curious about this dance’s origins. It didn’t take long before I had the privilege of meeting the most famous early Lindy Hopper, Frankie Manning.

I’ll never forget scanning a Northern Virginia hotel ballroom for the 85-year-old former postal worker who had become swing dancing’s patron saint. A muscular man in billowing striped pants stood in the corner. He appeared to be an extremely fit 20-something guy from the back.

When he turned around, I saw Frankie’s face atop this youngster’s body. He taught this workshop like the other 40-plus out-of-town and overseas classes he squeezed into each of his golden years: simultaneously challenging and inspiring everyone regardless of their ability or experience. Flashing a mile-wide grin that could power an entire city, he shouted: “One, two, you know what to do” — even when we didn’t, to build our confidence.

Frankie also told us stories about his Savoy Ballroom days, Hollywood gigs, and how he pioneered “air steps” by practicing with a brave dance partner and a mattress in Harlem. He punctuated the best parts with his infectious laughter.

I saw him many more times. I even joined hundreds of other devoted fans on a Caribbean cruise four years later. Inspired by Frankie’s grace and stamina, we got our unseaworthy legs to cooperate as we danced night and day and celebrated his 89th birthday.

By that point I’d gained the confidence to change career paths. And I’d persuaded a saxophone-playing videographer I’d met on the dance floor to work with me on a documentary about this great entertainer, choreographer, and teacher. Not only had we fallen for Frankie, we’d gotten engaged to each other.

My husband and I screened our short doc on our local access TV station. Before we could land a wider audience, we had two kids. Parenthood cut into our time for dancing and this project.

We soon realized that Frankie’s legacy and the dance he championed would carry on no matter what became of our own effort. Other documentaries about Frankie came out and he published his own biography with co-author Cynthia Millman.

Frankie died in 2009, a few weeks shy of his 95th birthday. Had he lived, he would have turned 100 on May 26. I used to think the ambassador of Lindy Hop might make it to 110. He seemed like the kind of guy who might live forever.

Maybe he’ll prove immortal after all. Thousands of avid swing dancers will celebrate his spirit and devotion to this fundamentally American art form in New York City, and dozens of additional U.S. cities like Phoenix, San Francisco, and Tampa over Memorial Day weekend.

Countless more vintage-clad Lindy Hoppers in Brazil, Australia, France, Japan, and other countries, will be swinging their birthday greetings to him too. And from now on, May 26 will be known as World Lindy Hop Day.

Yes, Frankie, we all do know what to do.

Emily Schwartz Greco is the managing editor of OtherWords, a non-profit national editorial service run by the Institute for Policy Studies. Together with Tommy Greco, she made a short documentary about Frankie Manning. Learn more about this celebration at frankie100.com OtherWords.org @ESGreco