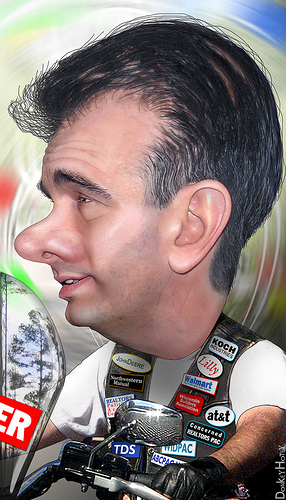 To paraphrase an old bumper sticker: “When the people lead, leaders will follow. Or not.”

Not when the “leaders” are in the pocket of corporate interests that don’t like where the people are leading. Take Gov. Scott Walker of Wisconsin, a conservative Republican who never met a corporate pocket too grungy to hop into.

The story starts in 2008, when the people of Milwaukee took the lead on the crying need for workers to receive paid sick leave. Without paid leave, employees feel compelled to go to work when ill, which spreads their illness. Seven out of ten voters approved that measure in a citywide referendum. 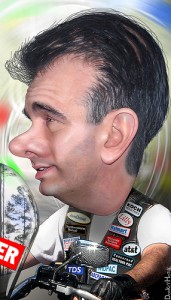 Corporate interests, however, sued to stall the people’s will, tying the sick leave provision up in court until 2011. By then, corporations had spent big bucks to get Walker elected.

Just three months later, Walker’s preemption ploy was the star at a meeting of the American Legislative Exchange Council (ALEC), the corporate front group that brings state legislators into secret sessions with CEOs and lobbyists. There, legislators are handed model laws to benefit corporations — then sent home to pass them.

At a session overseen by Taco Bell, attendees got copies of Walker’s no-paid-sick-leave law, along with a how-to lecture by the National Restaurant Association. “Go forth and preempt local democracy,” was the message.

And, lo, they did. Bills outlawing paid-sick-leave ordinances are being considered in at least 12 states this year, and nine have already passed theirs, including Arizona, Florida, Indiana, Louisiana, and Kansas.

By spreading Walker’s nastiness from state to state, money-grubbing fast food chains are spreading illness all across our land.