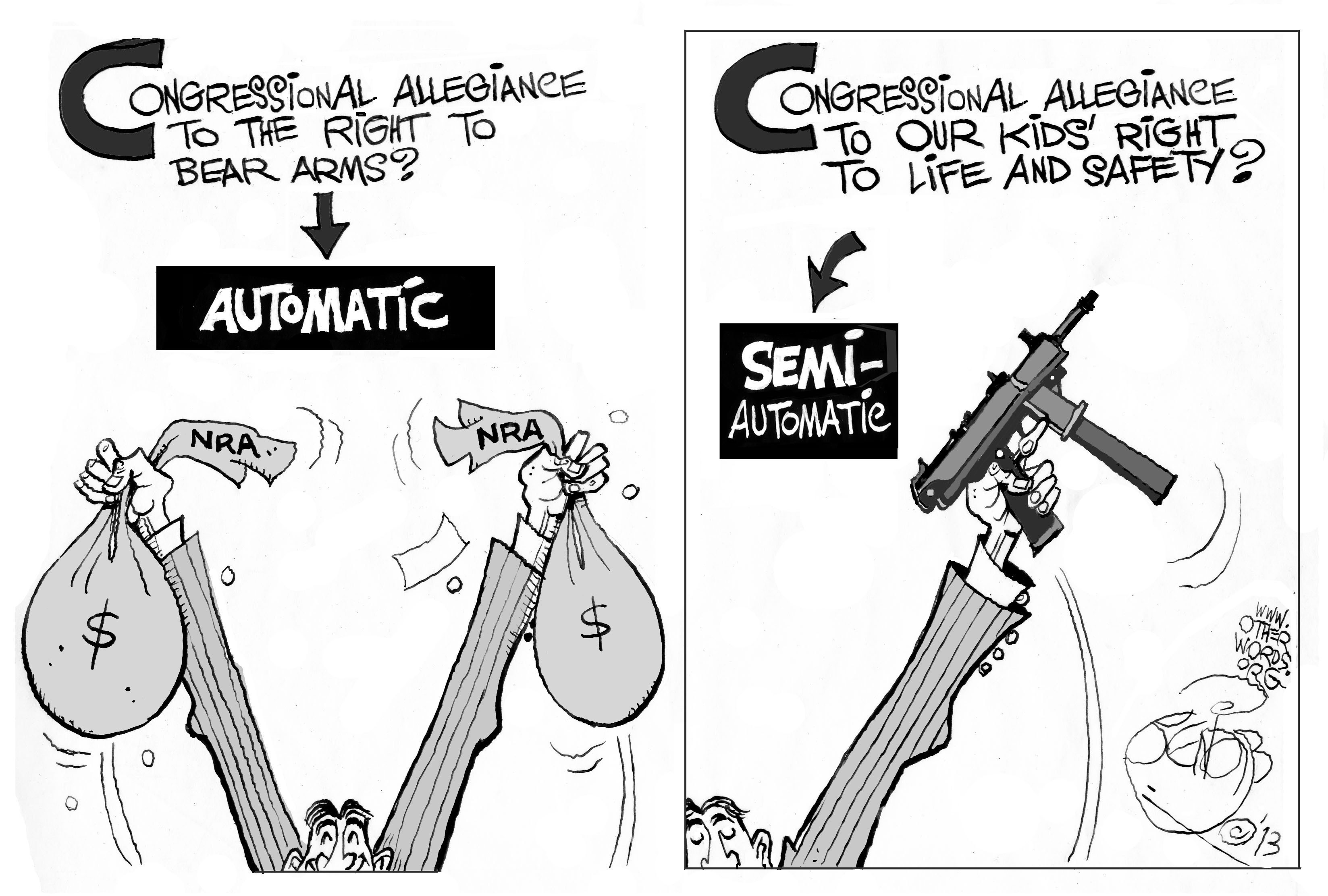 It's a myth that the right to bear arms stemmed from the Founders' wish that Americans be free to stage an armed rebellion against our own government, should it become tyrannical.
By Ron Carver | January 23, 2013

I don’t hunt, but I have nothing against hunters or owners of rifles, bows and arrows, or boomerangs. However, I am against vigilantes and those, like the NRA leaders, who encourage them.

I had my own run-in with vigilantes when I joined the movement to end segregation and guarantee all citizens the right to vote. 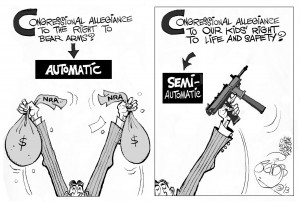 After weeks of death threats delivered by phone to our Freedom House in Starkville, Mississippi, I was alone on a November night in 1964 when three armed and drunken Klansmen banged on the door of our two-room shack. I demanded to know who was there, and a chill ran through my body when the white men responded, “just us niggers.”

There wasn’t a stick of furniture I could use to defend myself, only the bar across the door. But lift and wield it, and the front door would swing open. And who could I phone for help? The sheriff? The chief of police? For all I knew, they were waiting out front, too.

Terrified, I slammed through the nailed-shut back door and slid on my belly down the hill into the darkness, as fast as I could.

That was one incident in a violent, bloody year.

Armed Klansmen burned 50 African-American churches and kidnapped and killed three civil rights activists in an infamous attack that became a pivotal moment in the civil rights struggle. During the search for Andrew Goodman, James Cheney, and Michael Schwerner, Lyndon Johnson sent Navy sailors to scour Neshoba County’s riverbeds. They didn’t find them, but they uncovered the corpses of dozens of African American men. It was a time and place where any crime was tolerated if it preserved the segregationists’ “way of life.”

In the previous hundred years, thousands of African Americans had been lynched, as documented in scores of gruesome photos that were proudly sold as souvenirs.

It is no surprise to me, then, to learn that James Madison’s reason for proposing the Second Amendment in 1789 was to preserve the state militias, the white population’s “principal instrument of slave control.” As documented in The Hidden History of the Second Amendment, an article published in 1998 in the University of California, Davis Law Review, these militias (often called “slave patrols”) were tasked with periodic sweeps of plantations to seek runaway slaves and intimidate any who dreamed of freedom.

Today, the proliferation of armed hate groups, which sometimes call themselves militias, is at least as dangerous as isolated, unbalanced, and gun-toting men with scores to settle. The number of anti-government so-called Patriot groups, such as armed militias, grew by 755 percent in the first three years of President Barack Obama’s first term, according to the Southern Poverty Law Center. The number of these groups rose from 149 at the end of 2008 to 1,274 in 2011, the SPLC reports.

Hate groups have expanded into every state but Hawaii. They are in everyone’s backyard.

The atmosphere today is toxic. Radio talk jocks promote armed struggle and one security industry executive boasts on YouTube that he would “start shooting people” in response to new gun controls.

For more than a hundred years the NRA promoted sportsmanship and responsible gun ownership — period. But since extremists seized control in 1977, the organization has forced a stranglehold on Congress while promoting the myth that the Second Amendment was enacted to facilitate armed rebellion against our own government, should it become tyrannical.

I support the right to own guns, but we don’t need 30 rounds in a semi-automatic weapon — or a well-armed militia — to bag a deer. I draw the line when my fellow citizens turn their homes into armories and begin training for insurrection. We used to call that treason.