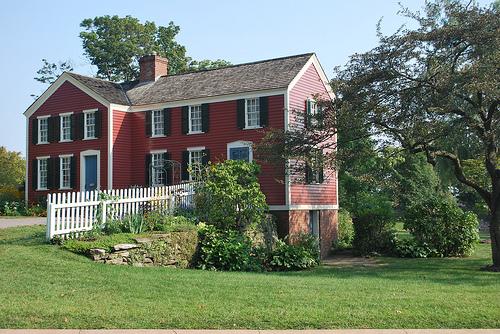 A proposed mortgage qualification rule could end home ownership as we know it.
By Marc Morial | June 20, 2011

Home ownership as we know it could be a thing of the past if a proposed Qualified Residential Mortgage Rule (QRM) takes effect. The proposed rule would be especially damaging to the homeowner aspirations of minority and working class citizens, as I recently explained in a letter to the heads of the six federal agencies charged with developing risk retention regulations under the Dodd-Frank Wall Street Reform Act. Here’s why.

The rule would require prospective borrowers to present a 20-percent down payment, spend less than 28 percent of their monthly gross income on housing, and have total monthly household debt capped at less than 36 percent of their income. Most people can’t afford to put 20 percent down. And, when coupled with an additional requirement of near-pristine personal credit standards, these proposed requirements could end the standard 30-year fixed mortgage and replace it with a new class of “high-risk” borrower, formerly known as the responsible middle-class borrower.

Housing industry experts agree. In April, a coalition of trade groups including the National Association of Realtors, the National Association of Homebuyers, and the Mortgage Bankers Association issued a joint report, saying in part that it would take 14 years for the typical American family to save enough money for a 20-percent down payment. “A 20-percent down payment requirement for the QRM means that even the most creditworthy and diligent first-time homebuyer cannot qualify for the lowest rates and safest products in the market,” they added.

John Taylor, CEO of the National Community Reinvestment Coalition, calls this a civil rights issue. “What has been proposed essentially creates a separate and unequal system of finance for people of color and for blue-collar, working-class people where regardless of your creditworthiness, of whether you’re someone who has a great credit score and pays your bills on time and plays by all the rules, if you’re not well-heeled enough to come up with 20 percent or if your household debt-to-income ratios are high… you’re going to go into a separate and unequal category of financing where you’re going to have to pay more,” he said. We agree.

Adding high minimum down-payment requirements will only exclude hundreds of thousands of consumers — including legions of minority renters — from home ownership. And any rule or action that further stifles an already severely depressed housing market for first-time buyers, including many people of color, will also negatively suppress the entire housing industry — realtors, builders, retailers, suppliers, and many others. Clearly, what’s being proposed is anti-jobs, anti-growth, and in absolute contravention of the American Dream.

The American home, by definition, reflects much more than mere property. It represents the ability to build wealth for all those with a stable income and a demonstrated history of financial responsibility. It is the foundation of family and community, and represents the collective promise of the chance to build prosperity that lasts through generations.

This promise must be reaffirmed and protected in whatever form the new housing finance model ultimately takes.

Marc H. Morial is the president and CEO of the National Urban League. www.nul.org