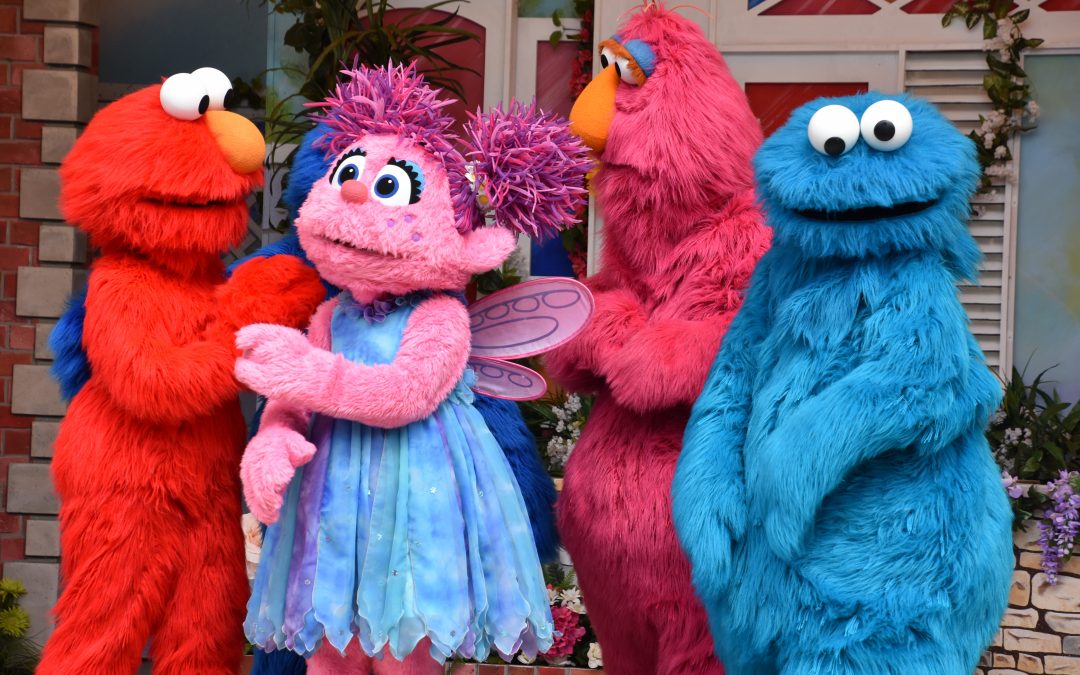 President Trump wants to cut off support for the show, now celebrating its 50th year and still drawing a huge audience.
By Bobbi Dempsey | December 17, 2019

When I grew up in the 1970s, my father often sat in an alcoholic or drug-induced stupor.

When he was left in charge, the TV served as the “adult” in the room for us. As a toddler, I thought of Oscar the Grouch, Cookie Monster, Bert and Ernie, and the other residents of Sesame Street as my pseudo-family.

Sesame Street, now celebrating its 50th year, transported me to a place that felt safe and familiar.

My actual family moved at least a dozen times before I started kindergarten. Given our poverty and my father’s frequent encounters with the police, we rarely stayed in one place for long. So I memorized the address of every building on Sesame Street, which provided a sense of stability and community that I lacked.

The show did the same for millions of American children. Now, however, President Trump has proposed eliminating the Corporation for Public Broadcasting (CPB), which provides funding for PBS and the local stations that run Sesame Street.

These attacks are troubling. Sesame Street helped save my young mind ― and those of many others ― and it still does for kids today. I believe we must do everything we can to support the show and the CPB.

After all, I can still recite the lyrics to “Ladybugs’ Picnic,” which centered around the number 12. I learned basic math skills by watching the Count. I taught myself how to read by the age of two — an advantage I can’t imagine without the lessons offered by Grover, Kermit, and Big Bird.

“You were exactly the kind of kid this programming was done for,” Dr. Kyle Pruett, a professor of child psychiatry who served on the Sesame Workshop board of directors, told me. “From the beginning, the team behind Sesame Street was focused on measurable educational outcomes, and curriculum guided by informative research. Nobody else on television was thinking about that then.”

For kids like me, Sesame Street accomplished its mission, and much more.

A study published this year found that children exposed to the show during its first season were 14 percent more likely to be on track academically in their middle and high school years. Results were particularly positive for boys, Black and Hispanic children, and children in poor areas.

In fact, the study cited Sesame Street as “the biggest, yet least costly, early childhood intervention” ever implemented in the United States.

While kids today have a seemingly endless array of other options, the show is still going strong. Sesame Street’s YouTube channel has close to 9 million subscribers, and children in more than 150 countries can watch the program every day. It continues to be a cultural phenomenon that changes and enriches children’s lives.

Sesame Street is about more than just learning. For me, the show provided ― and still provides ― a sense of normalcy and community.

On Sesame Street, creatures of all types, colors, species, and planetary origins played together and helped each other. When Oscar sang about how much he liked trash, I absorbed the idea that it was okay — even cool — to be into quirky things. It made it feel not quite so bad ― something I desperately needed because I spent so much of my childhood struggling to overcome so much.

We need to support Sesame Street and the CPB to ensure the show is available to all children, and we need more resources like it for kids from backgrounds like mine. Or we will lose what we began to achieve a half-century ago.

Bobbi Dempsey is a freelance writer and a communications fellow at Community Change. This op-ed first appeared in longer form at the Huffington Post. It was produced by the Economic Hardship Reporting Project and adapted for distribution by OtherWords.org.