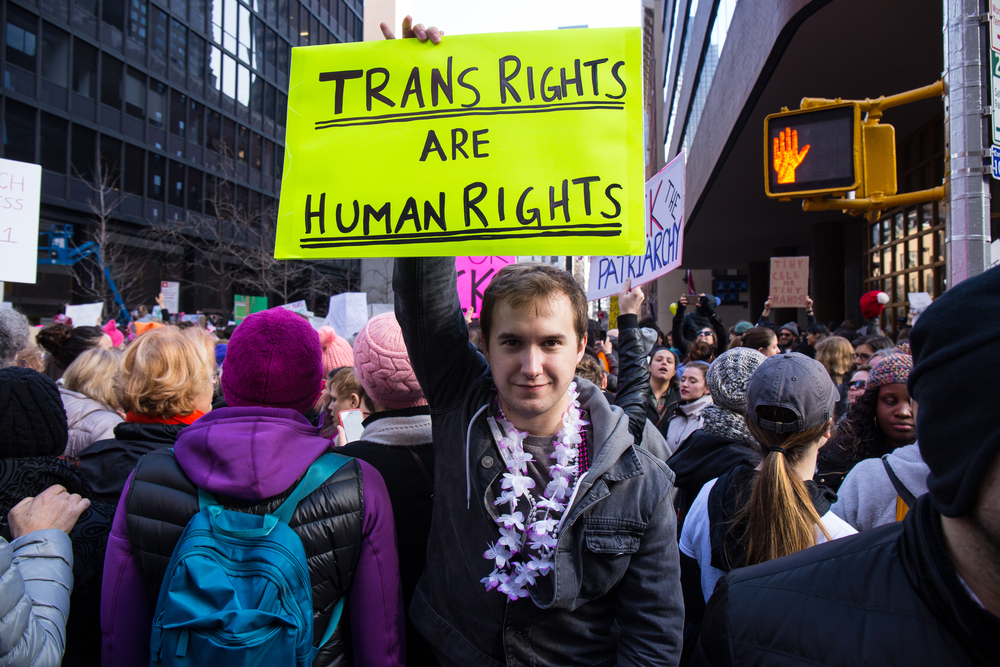 The White House says its move to erase the civil rights of 1.4 million transgender Americans is "grounded in science." No it bloody well isn't.
By Jill Richardson | October 22, 2018

Trump is having a problem with sex, and it’s not exactly what you might think. There are no Russian tapes, spankings with magazines, or confessions of grabbing anyone this time around.

Specifically, it’s a problem with sex and gender.

Sex and gender aren’t the same thing, though many people mistake them for being synonymous.

I was mistaken too, until I began studying social science. I was born with two X chromosomes and all of the body parts that come with them. So I was assigned female (my sex) at birth and I was raised as a girl (my gender). Since my sex (assigned on account of chromosomes, body parts, and hormones) and my gender (all of the non-biological components of what makes you a man or a woman) matched, the two felt synonymous.

Nothing about my chromosomes or genitalia created a biological need to do the behavior associated with my gender: playing with dolls, wearing dresses, polishing my nails. But, as I was taught as a child that girls do those things, they felt right.

Social scientists say that gender is something you do, not something you are. We also talk about something called the “gender binary.” This is the false yet pervasive belief that there are two, and only two, sexes and genders.

It’s a lot more complicated than that, and not just when it comes to gender. Did you know that being intersex — having ambiguous sex characteristics — is actually as common as having red hair?

I’ve always loved being a girl. But not everyone’s sex assignments and gender assignments match. A transgender person is someone whose gender differs from the sex they were assigned at birth. A non-binary or genderqueer person may not identify as either gender.

I’ve never personally experienced what it feels like to be treated as the gender I’m not. That’s my good fortune. Trans people describe the experience as incredibly painful. Trans man Trystan Reese described it as a matter of life or death: If he couldn’t live as a man, he couldn’t go on living.

Yet Trump is now looking to define gender as the sex assigned as birth, supposedly because that’s “grounded in science.” No it bloody well isn’t, and I say that as a scientist.

Trump’s move — if he makes it — will serve to erase the civil rights of 1.4 million transgender Americans. An already vulnerable population will needlessly suffer more.

On the other hand, research shows that transgender people who are supported in their transition — that is, allowed to live openly and authentically as themselves, without harassment, violence, or bullying — have better mental health, life satisfaction, and even job satisfaction.

That shouldn’t be surprising: It’s true of all people. Why would the government want to do the exact opposite?