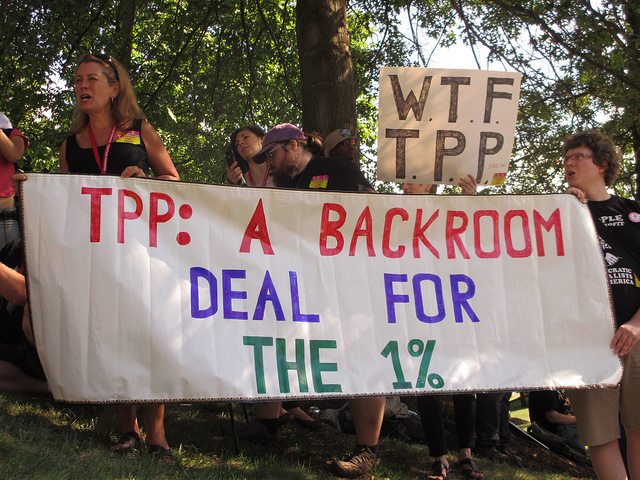 Shilling for the Biggest Trade Flim-Flam in History

A sham "progressive" coalition is pushing a wage-destroying scam.
By Jim Hightower | March 25, 2015

All right boys and girls, gather ’round and I’ll tell you the story of the “Investor State Dispute Resolution” clause.

Wait, children. Where are you going?

OK, the wonkish gibberish the powers that be use to write those corporate boondoggles they call “trade deals” is tooth-achingly-boring and incomprehensible.

Could that be on purpose? Of course!

If they wrote these wage-destroying, environment-killing, sovereignty-sucking scams in plain English so we commoners could understand what they’re doing to us, they couldn’t get away with it.

So here comes the Trans-Pacific Partnership, by far the largest trade flim-flam in history. 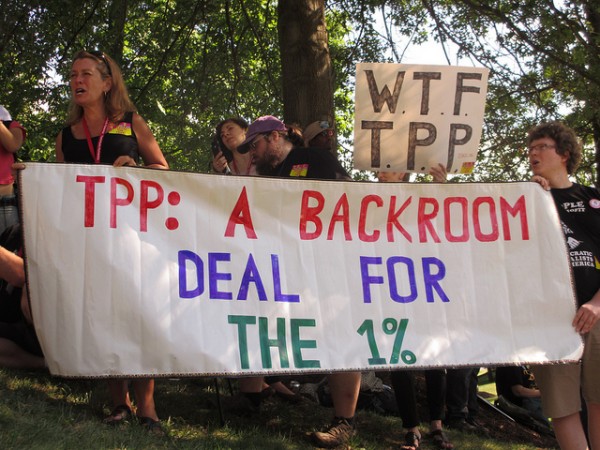 Written in gobbledygook, it was negotiated in secret by corporate lobbyists and government lawyers. Even Congress doesn’t know what’s in it, but the White House wants to hustle the TPP into law through a super-rushed, rubber-stamp process called “fast track.”

No need to be suspicious, though, claims a group called the Progressive Coalition for American Jobs. They assure us that this global deal “will support hundreds of thousands of new jobs in the United States.”

Hello — do we have sucker wrappers around our heads? That’s the exact same claim that Bill Clinton made for NAFTA, which siphoned hundreds of thousands of jobs out of the United States.

By the way, every progressive group I know of is adamantly against the TPP. And no progressive has stepped forward to claim ownership of this PR push for corporatizing the people’s democratic rights.

So who’s in this “coalition”? Who funds it?

Like so much else around the TPP, apparently it’s a secret.