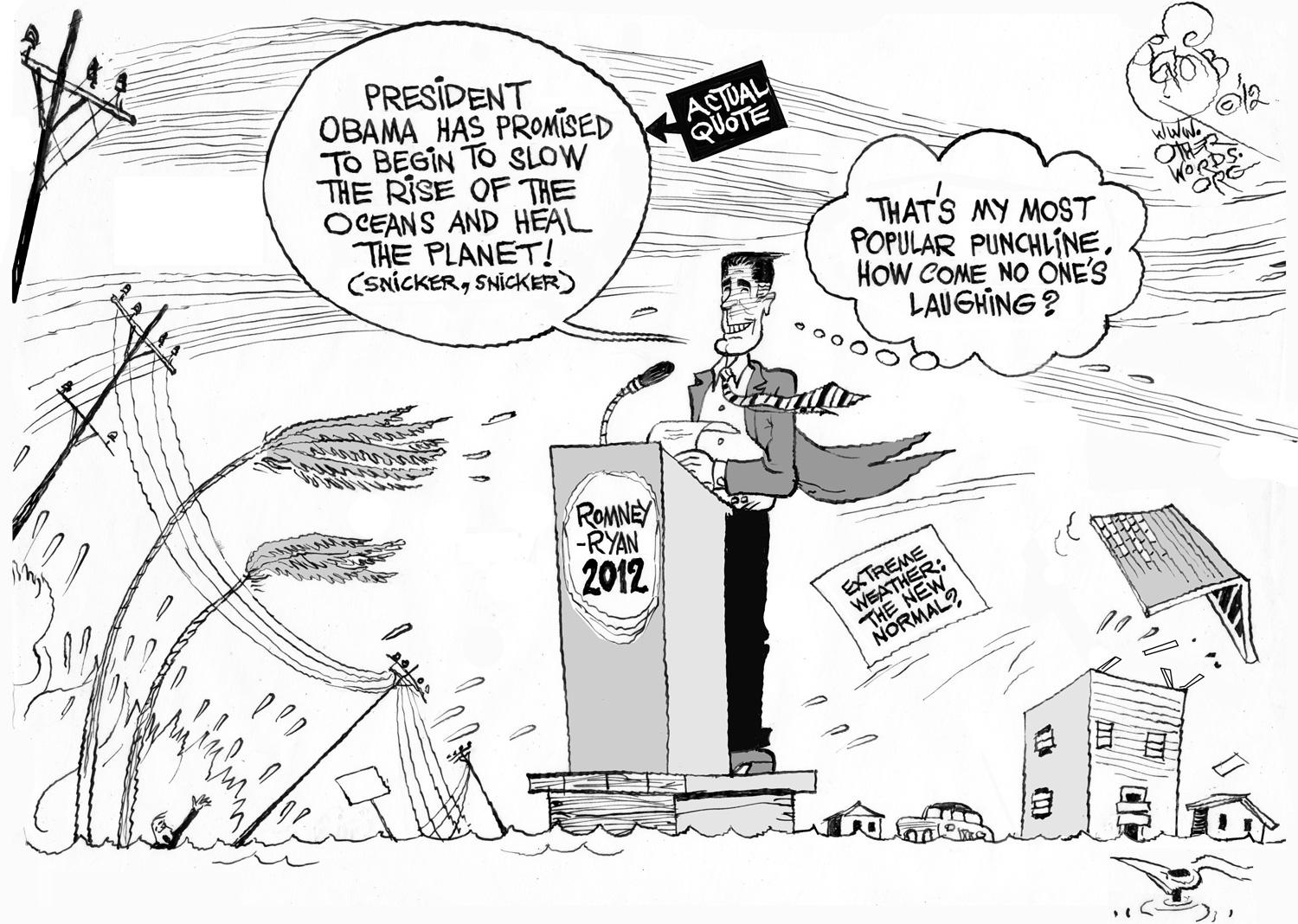 Shivering in the Land of Climate Denial

If Wall Street doesn't get Mother Nature's hint, it will become the entire world's tragedy.
By William A. Collins | November 7, 2012

Love to keep
These storms from me;
But can’t give up
My SUV.

First, the 80-foot pine tree fell on our house. Then, the power went out, along with the heat. After a few days the indoor temperature became brisk, emulating the outdoors. But in our neighborhood at least, there was no ocean nearby to come calling.

Is this what global warming looks like? With millions coping with flooded subways, destroyed homes, collapsed bridges, ruined businesses, and billions in damage, you might expect us Northeasterners to begin pondering that question.

Thanks to Superstorm Sandy, even Bloomberg Businessweek recognizes the biggest problem with all that coal, oil, and gas we burn: It sure looks like climate change is fueling extreme weather.

But here’s how many of the 8.5 million of us who went an uncomfortably long time in our homes without power responded to this latest example of what happens when the weather goes crazy thanks to excessive reliance on fossil fuels: “Sweetie, I’ll go buy a generator.”

That’s because any real solution is going to be tough, even tougher than the aftermath of a disaster on this scale. One obvious way to trim greenhouse gas emissions is to raise the price of fuel. But we’d need to drive smaller cars, occupy smaller homes, and use less air conditioning. Then there’d be that howling from the wounded coal, oil, and gas cartels. Hey, maybe it’s easier to simply put up with these superstorms and derechos.

The New York metro area bore the brunt of the havoc here in the United States. Ironically, this region also serves as home to the financial industry, which finances Big Oil, Big Gas, and Big Coal. Maybe Mother Nature was sending a personalized message. But too many people are just shrugging off this latest example of extreme weather as an “inevitable” act of God. 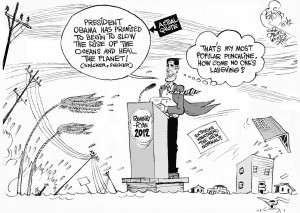 Whatever happens, we will bravely dust ourselves off, pay the repair bill, and continue on just as wastefully as before. Speaking of things we’re not acknowledging, more than 150 people died across the Caribbean in this storm. Sandy made life even more miserable for Haiti’s hundreds of thousands of refugees.

If Wall Street doesn’t get Mother Nature’s hint, it will become the entire world’s tragedy. Drought-ridden farmers in the Midwest don’t get to make decisions like Wall Street does. Nor do seniors fatally stifled by summer heat in their apartments, nor those peasants drowning in Burma’s Irrawaddy delta, nor the Yupik people sinking into Alaska’s sagging permafrost. None of those folks have the same power to slow the growth in carbon dioxide levels or save a low-lying island from becoming a real-life Atlantis.

Along with Wall Street, Washington and Beijing have the biggest voice on such decisions. Ordinary Chinese citizens have trouble ever being heard and so do we, unless we get peeved enough to become testy with Congress.

Have you had enough of this extreme weather? Then, let your senators and member of Congress know. Tell them that you want to end oil, gas, and coal subsidies. Say that you think the government should do more to back wind, solar, and geothermal power to help us shift toward a more sustainable energy mix. Suggest that we raise gas taxes to encourage more responsible consumption.

Meanwhile, here on the home front, the tree men at last made it to our place and are up on the roof sawing away. And our power came back six days after the storm struck. My fingers have thawed already.