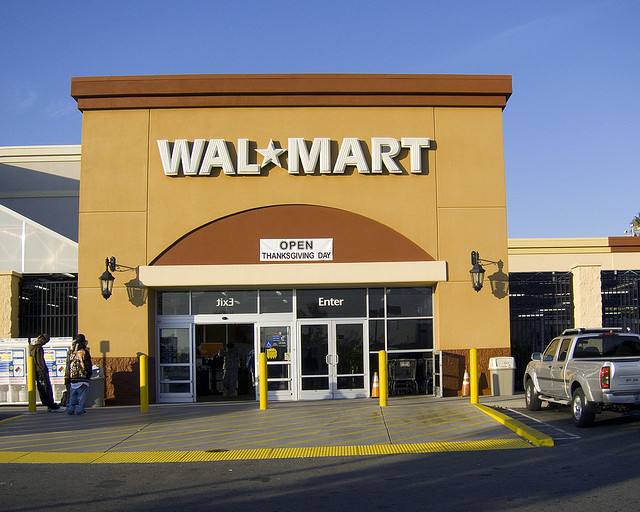 Show Up on Thanksgiving or Get Fired

Why can’t unbridled consumerism take a breather on holidays?
By Jim Hightower | November 25, 2014

Most Americans — from the Obama family in the White House to my little family in Texas — will get a much-deserved break from work on Thanksgiving Day. But millions of others won’t.

Understandably, firefighters, police, and hospital workers will stay on the job. After all, they’re providing essential services for our society.

Yet Wal-Mart, Target, Macy’s, Radio Shack, and other retailers are also requiring their low-paid workers to put in a shift.

What’s so essential about the gewgaws, gizmos, and garments these mass marketers of consumer excess sell that justifies forcing employees to give up this day of giving thanks with their families?

So they’ve moved the start of Black Friday back into Thursday, often cutting into family mealtimes. Some are even opening their doors at 6 a.m. on Thanksgiving Day, essentially wiping out this day of family grace for every employee they require to be at work.

Show up or lose your job. Thanks, boss.

A mall outside of Buffalo has gone even more extreme, requiring its 200-plus stores to open on Thanksgiving Day or pay a $200-an-hour fine.

What we have here is the insatiable excess of what Pope Francis recently condemned as “unbridled consumerism.” Yet a Wal-Mart PR flack claims to be doing consumers a favor by staying open to “provide what consumers need.”

Bovine excrement! Wal-Mart offers nothing that needs to be bought on a holiday.

And everything it sells can be bought the very next day from Costco, Crate & Barrel, Barnes & Noble, Dillard’s, Nordstrom, Patagonia, and other stores that respect their employees and America’s values by closing on Thanksgiving Day.