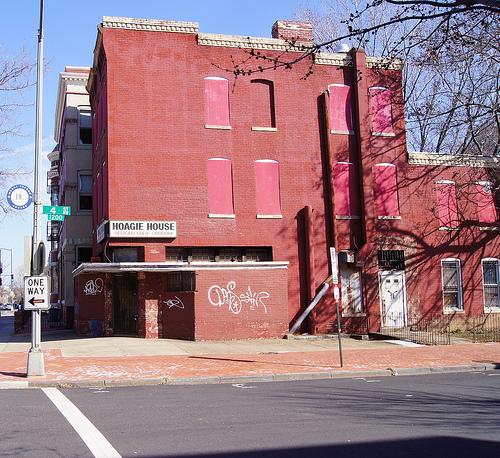 As long as the poor remain invisible and voiceless, homelessness and hunger will continue to grow.
By William A. Collins | August 1, 2011

America’s wealthy,
That’s for sure;
Why then pauperize
The poor?

There’s widespread poverty in America today, though it’s sometimes hard to see how bad it is.

Real estate development techniques and zoning rules, plus a healthy dollop of discrimination, force most poor people to live and work in neighborhoods many of us don’t often visit.

“As a rich guy, let me tell you I haven’t seen any poor people around my gated community,” quipped Comedy Central’s Stephen Colbert in a recent segment. He also skewered a report from the right-wing Heritage Foundation that portrays U.S. poverty as a misnomer since so many poor Americans own both microwaves and refrigerators.

But poverty is a major problem in the United States. About 15 percent of the population lives below the official poverty line, which at $22,350 for a family of four is pretty destitute to start with, and median family income is declining.

In some ways it’s actually better to live in a poor region of the country because prices there are lower. In other ways, rich regions are preferable because there are more jobs. But because of income segregation, poor kids are pretty likely to attend crummy schools no matter where they live. 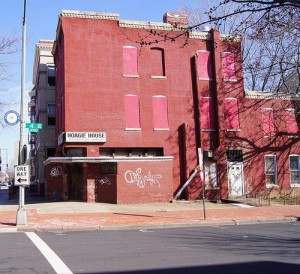 But now, the safety net is tattered. States and the federal government, for want of adequately taxing the rich, are broke. Services for the poor are getting decimated.

Safety net expenditures help us maintain our shaky claim to being a civilized nation. That claim was once important to Americans. Now, however, our president and Congress not only support waging wars of conquest abroad but also shredding our safety net at home. As a result, homelessness is on the march, unemployment is epidemic, and obesity rages in low-income quarters where cheap, unwholesome food is all that many citizens can afford.

This helps explain why James Verone recently got into the news. He’s the guy from North Carolina who passed a bank teller a note demanding one dollar. Upon receipt thereof he sat down to await the police. Duly carted away he explained that he badly needed health care and had to go to jail to get it. Being a nonviolent offender, he will likely be released soon as his state closes its prisons to free up cash, and thus will once again be allowed to die at his own convenience.

With so many people impoverished, you might think that this would be a self-correcting political problem. The rascals responsible for this problem are easy enough to spot. We can just vote them out, right?

But that’s not so easy. Voting is constantly being made harder for the poor. Many states have tightened voter identification requirements, effectively levying poll taxes, while others have increased the inconvenience of registration. In many places, a criminal record may disqualify you for good. Besides, if you’re poor or struggling to feed a family, you often have higher priorities on Election Day. Like working.

And so, while our major corporations are squirreling away hordes of cash, much of it overseas, the ranks of poor Americans are growing. Republicans prefer to protect the rich. President Barack Obama hasn’t gotten around to ending the wars he inherited, and has started new ones. Serious cuts therefore have to come from “services,” and that means from you-know-whom. As long as the poor remain invisible and voiceless (a likely prospect to say the least), homelessness and hunger will continue to grow. Aid agencies might as well distribute beds that fit into old cars.