My father, long dead, spent his working years in tool and die shops in Detroit, an experience from which he crafted a political, economic, and social philosophy of life.

“They’re all in it together,” he would say. That was the very core of the philosophy.

Were high wages bad because they made prices go up? Were high profits good because they made the stock market go up? Did politicians who complained about how little they were paid mysteriously become millionaires while in office? Did the World Series go seven games?

It was all evidence to him that his theory was sound. He never bothered to say who “They” were, but it was fairly obvious whom he meant: the forces that made sure that in any given situation the rich got richer and the poor got poorer and, more than that, that the scales of justice were short-weighted to the advantage of money and privilege. Life, to my father, was just one big company store and the prices were not negotiable. 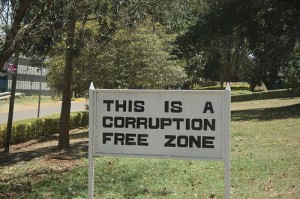 I wish he were alive today to see what’s happening. Even a cynic like him would be shocked at how the conspiracy that so outraged him has been codified into a system of government.

Go to the Supreme Court and say: “Your Honors, is there any chance soon that you’ll rule against a corporation being sued by an individual who’s been cheated, misused, and left on the beach to die?” By a 5-to-4 majority the court would reply: “Get lost. We don’t pick winners and losers; we just apply the Constitution. Is it our fault that the Founders loved owners better than workers?”

The latest example of the imbalance in our society to come down the pike is the lobbying effort by giant U.S. corporations to win a huge tax break on overseas profits. This isn’t chump change we’re talking about. Apple has $12 billion out there, Google $17 billion, Microsoft $29 billion, others more.

These are profits earned overseas, often by sending jobs overseas. If they brought the profits home right now, they would be taxed at the official, though mythical, 35 percent corporate rate.

They want the government to declare a one-year “repatriation holiday,” taxing the foreign profits at 5.25 percent a year. It would be great for the economy, the lobbyists argue, increasing tax revenues and allowing the companies to invest in new jobs back home. If they don’t get the break, the profits stay overseas, untaxed.

It sounds like a deal, right? Except, isn’t there something sleazy about American companies sending jobs overseas, then holding American taxpayers for ransom before they’ll pay taxes on the profits they earned doing so?

As for companies using the money to create jobs here, it probably won’t happen. After the last big tax holiday in 2005, companies tended to pass back the extra money to shareholders in dividends and stock buybacks.

Many of them did create new jobs, of course — by building new plants overseas.

You were right, Dad; they’re all in it together.

I still don’t think seven-game World Series are fixed, though. Maybe the umpires, just a little.