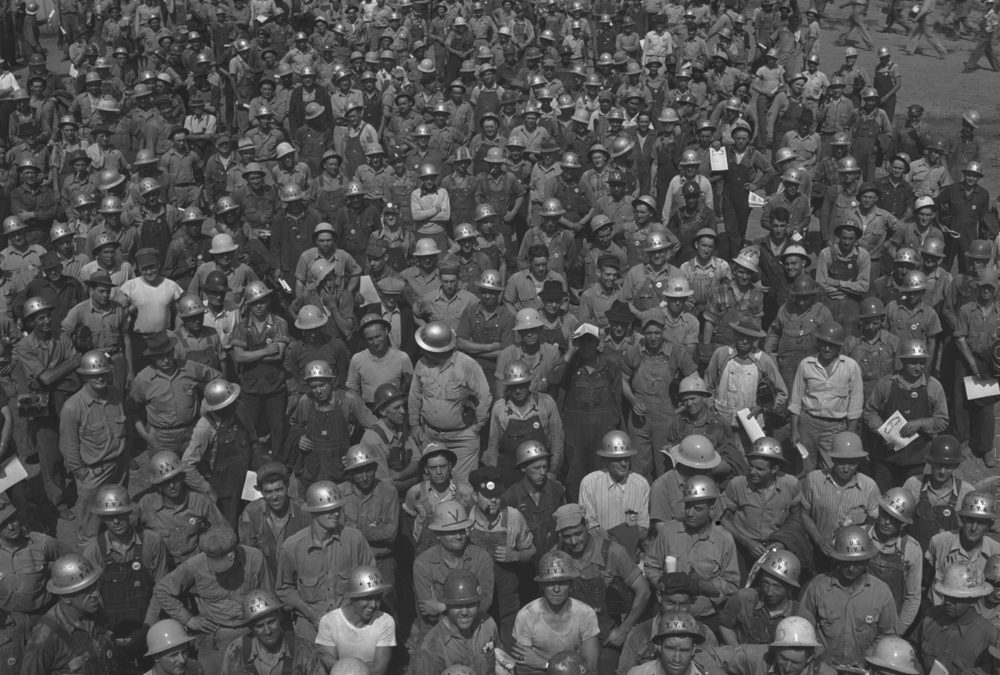 The GOP hopes the S-word will scare you, but great public works projects transformed this country for the better.
By Tim Butterworth | September 11, 2019

From single-payer health care to climate change, the 2020 Democrats have ambitious plans. But these new, grand, and green deals aren’t as radical as some make them sound. In fact, big public projects are what made America great.

When President Dwight “Ike” Eisenhower took office in 1953, America had been buffeted by the Great Depression of the 1930s and World War II in the 1940s. The Cold War put us in competition with Soviet “5-Year Plans” and Chinese “Great Leaps Forward.”

Eisenhower was concerned that soldiers would return home to closing factories. So Ike pushed for massive infrastructure spending, creating the “Dwight D. Eisenhower System of Interstate and Defense Highways.”

Congress funded a half-century of highway construction, building 47,000 miles — the biggest public works project in the history of the world. It cost $500 billion in today’s dollars, with 90 percent coming from Washington and 10 percent from the states.

In 1919, it took a month or more to drive cross-country; the record today is a little over 24 hours. Automobile ownership skyrocketed, gas sales jumped, motels mushroomed, the suburbs ﬂourished, and malls were built. Construction companies, automakers, and oil companies ﬂourished, too, along with their workers.

There was a downside, of course. Rail and mass transit were marginalized, urban sprawl spread across the land, the daily commute grew longer, and our carbon footprint grew bigger, as multi-lane highways destroyed urban communities.

Still, it puts lie to the chant that “the U.S. has never been a socialist country!” After all, we drive on socialist, government-owned roads.

Meanwhile there’s almost universal support for Social Security, our government insurance. And half the country — including Medicare and Medicaid recipients, veterans, and federal elected officials — receives some form of socialist, government-funded health care.

Consider also the Tennessee Valley Authority, a federally owned corporation created by Congress in 1933. Tennessee and five nearby states were devastated by poverty, hunger, and ill health. Only 1 percent of farm families had indoor plumbing, and about a third of the population in the valley had malaria.

Starting in 1933, our taxes paid to build TVA power plants, ﬂood control, and river navigation systems. In 1942 alone, the construction of 12 hydroelectric and one coal steam plant employed a total of 28,000 workers.

Today the TVA is a federally-owned corporation with assets worth over $34 trillion, according to the SEC. And while Republican Senate Majority Leader Mitch McConnell rails against socialism, half of his constituents in Kentucky buy cheap, publicly produced TVA electricity. Free-market, for-profit, capitalist power states often pay twice as much.

Like our highway system, we need to change our TVA to meet the challenges of climate change. But that means better priorities and more investment, not less.

Federal taxes paid for the highways and the TVA, which are now supported by gas taxes and electric bills. In those years of great public works projects, the wealthy elite paid a much greater share of their income in taxes, with the highest marginal tax rate reaching 94 percent.

Claiming that government is the problem, not the solution, administrations since the 1970s have reduced that top rate over and over. The 2017 tax law again reduced the top rate for billionaires, creating great fortunes for a few, and great national debt, but not great public works.

Let’s get past the S-word — socialism — and have a real discussion on how to build an America that’s great for all of us.