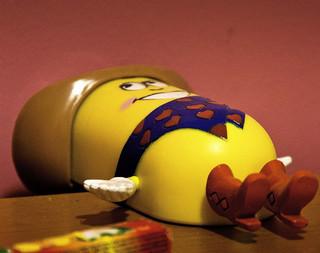 Equity hucksters plundered the company to feather their own nests.
By Jim Hightower | December 5, 2012

Remember the horrible murders in 1978 of San Francisco Mayor George Moscone and Supervisor Harvey Milk? At the killer’s trial, his lawyer argued for leniency, saying that a steady diet of junk food had addled his client’s brain. That claim entered the annals of jurisprudence as the ”Twinkie Defense.”

Even more preposterous is a recent claim by Ripplewood, a private equity firm that bought out Hostess Brands three years ago. Just before Thanksgiving, the firm asserted that it had been forced by greedy labor unions to kill off Hostess, the maker of Twinkies.

Far from greedy, however, the 18,500 unionized workers are quite reasonable and very loyal — in fact, they had previously given up $100 million in annual wages and benefits to help the company survive. 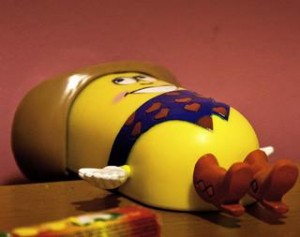 The true greed in this drama comes from inside Ripplewood’s towering castle of high finance in Manhattan. Rather than modernizing factories and upgrading the junk-food giant’s products, as the unions had urged, the equity hucksters plundered the company to feather their own nests. For example, they siphoned millions of dollars out of Hostess directly into their corporate pockets by paying themselves ”consulting and management fees,” which did nothing to strengthen the company.

But it was this year that the rank managerial incompetence and raw ethical depravity of the vultures of Ripplewood fully surfaced. While demanding a new round of deep cuts in worker’s pay, healthcare, and pensions — they quietly jacked up their own take. And by a lot. The CEO’s paycheck, for example, rocketed from $750,000 a year to $2.5 million.

Like a character in a bad Agatha Christie whodunit, Ripplewood — the one so insistently pointing the finger of blame at others — turns out to be the one who killed the Twinkie. Along with the livelihoods of 18,500 workers.