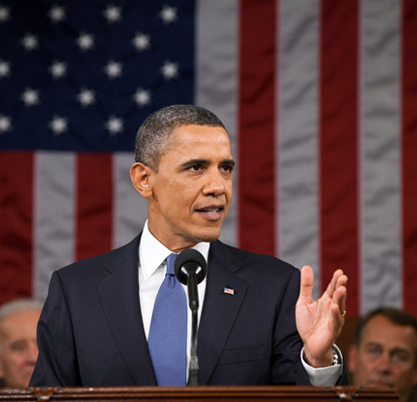 Getting Trade Right Instead of Fast

Here's what President Obama should say about fast-track authority and the Trans-Pacific Partnership in his State of the Union address.
By Ron Carver | January 23, 2014

Many hundreds of thousands of Americans saw their good working-class jobs disappear once NAFTA took effect. And millions of Mexicans lost their ability to live off the land after cheap factory farmed corn from the United States displaced their crops in local markets.

Not surprisingly, these farmers then migrated North risking death and deportation to find a means to support their families.

Renegotiating NAFTA, you may remember, was one of Obama’s early first-term campaign pledges. Obama’s request for fast-track authority means he is seeking a “no amendments allowed” up or down vote to pass the Trans-Pacific Partnership (TPP) with most of its NAFTA-esque flaws intact.

I recently explained in an op-ed why Congress shouldn’t give President Barack Obama fast-track authority and what’s wrong with the TPP.

Here’s what I think Obama should declare during his State of the Union address:

I will use my upcoming meetings with Canadian Prime Minister Stephen Harper and Mexican President Enrique Peña Nieto to renegotiate NAFTA as I pledged years ago.

I’m also appointing former Labor Secretary Robert Reich to replace U.S. Trade Representative Michael Froman in our current trade negotiations. I want a representative sensitive to the needs of all Americans, not just the Fortune 500.

And, in these negotiations, we’ll make sure that no provisions undermine the ability of participating nations to protect the environment, public health and human rights. We will not give global corporations the right to sue the United States or other countries through arbitration panels run by corporate attorneys such as the World Bank’s notorious International Centre for Settlement of Investment Disputes.

I am determined to show that pacts eliminating trade barriers and protecting intellectual property rights of American corporations need not hurt our citizens, their health, or the environment.

And, I’m dropping my request that Congress give me fast track authority to pass the Trans Pacific Partnership pact. I’d rather get it right than get it fast.