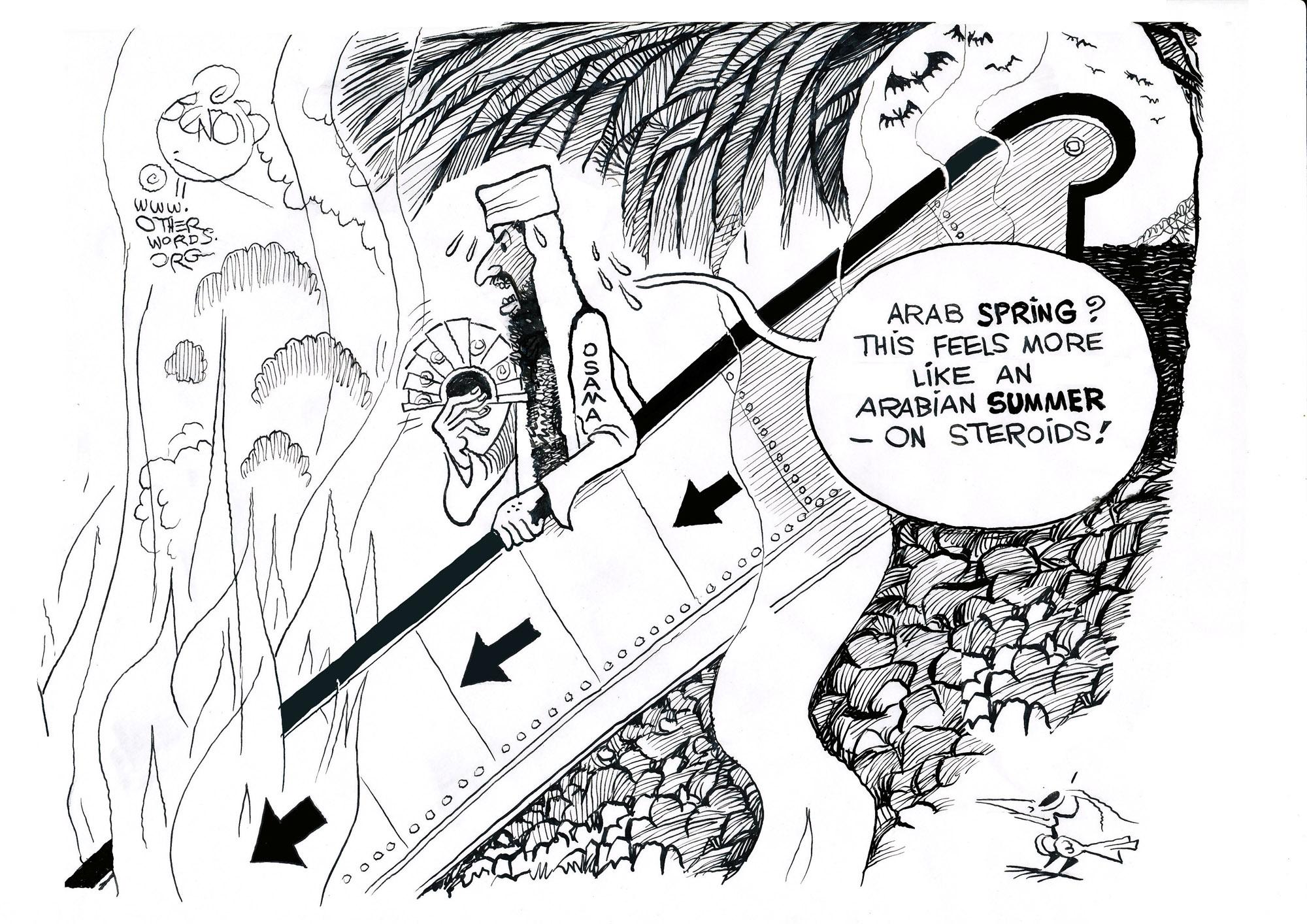 OtherWords is running commentaries about the al-Qaeda mastermind's death on our blog this week and we have posted our next cartoon five days early.
By Emily Schwartz Greco | May 4, 2011

The repercussions of Osama bin Laden’s death aren’t going to disappear overnight, but we felt that it made sense to weigh in on the news sooner rather than later. Therefore, OtherWords is running commentaries about the al-Qaeda mastermind’s demise on our blog this week and we have posted our next cartoon five days early.

Several of these commentaries are too long for newspaper op-ed sections and have previously appeared on the Foreign Policy In Focus or Friends Committee on National Legislation websites. But we wanted to share them with our readers anyway.

Editors, please don’t hesitate to contact us at otherwords[at]ips-dc.org if you have any questions or concerns. We’re always happy to hear from you.

Here’s a snapshot of our coverage so far: 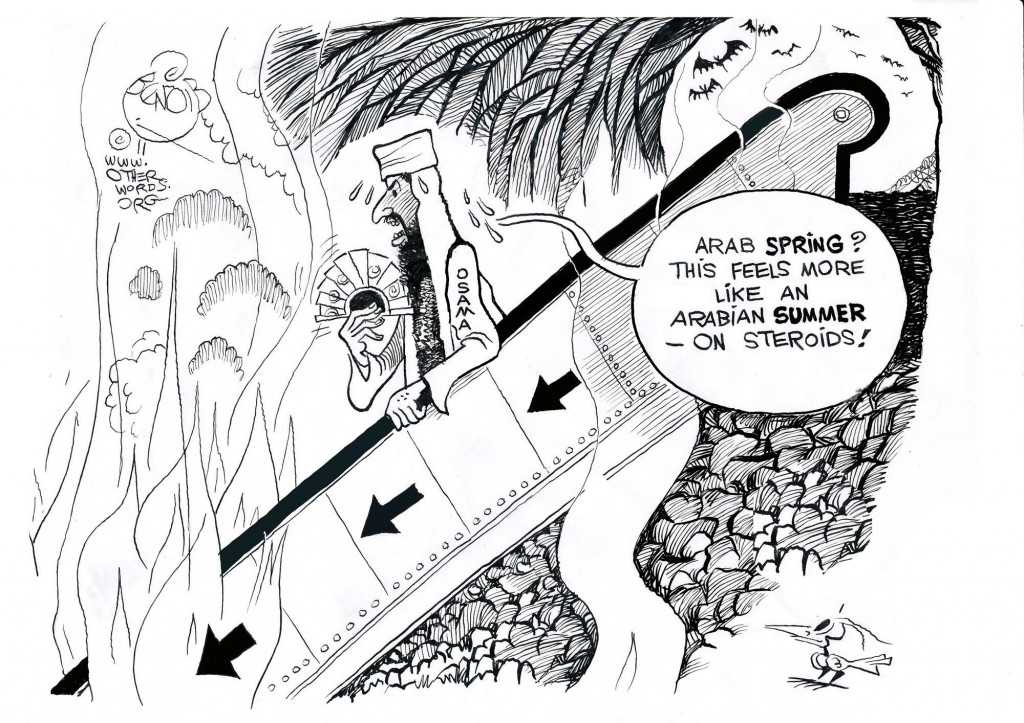