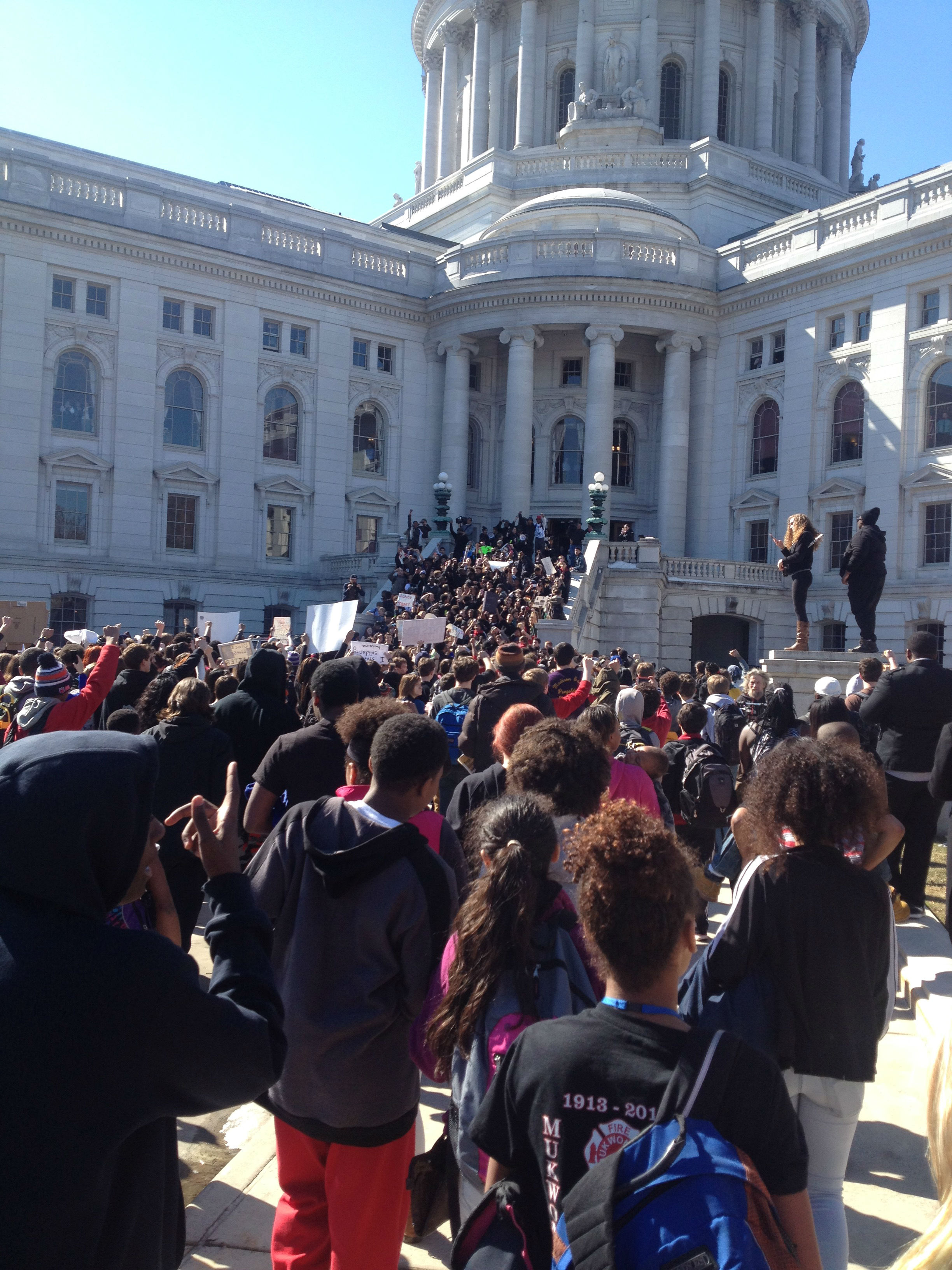 Standing Up for Our Neighbors

If Americans value black lives, we have a funny way of showing it.
By Jill Richardson | March 18, 2015

As a teaching assistant in a class on race in the United States, I’ve probably paid more attention to the #BlackLivesMatter movement than a lot of my white peers.

The professor who teaches the course here in Madison, Wisconsin — where I’m pursuing a PhD in sociology — is an expert on racial disparities in policing. But now I’m learning a devastating lesson in the subject from outside the classroom.

The wakeup call came a few weeks ago — when a 19-year-old biracial man, Tony Robinson, was shot right here in Madison. It happened between my favorite restaurant and an excellent coffee shop.

This brought the issue home in a new way: Tony Robinson was truly my neighbor. I walk past the scene of the shooting nearly every day. How many times did I pass him on the street or stand in line behind him for groceries?

In a small place like Madison, the tragedy is intensely personal. Friends and family of both Robinson and the cop who killed him are members of the community. Parsing police violence against blacks isn’t some academic exercise here.

The publicly known details of the Robinson shooting are still sketchy, so it’s too early to surmise whether the cop can justify his actions.

Of course, people of color aren’t the only ones here who suffer from police violence. Another Madison police officer shot a white man who had drunkenly entered a neighbor’s home in the same part of town a few years ago. 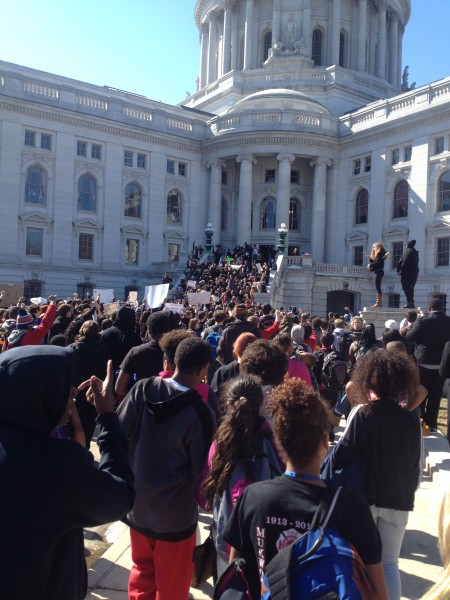 But the bigger picture is too clear to ignore.

In the aftermath of the latest tragedy, the protests in Madison — led by a coalition called Young, Gifted, and Black — are wisely keeping their focus on the structural issue of racial injustice.

Wisconsin’s actually ranked the worst place in America to be black, according to TheRoot.com.

Nearly half of black men under 30 have already done jail time, in fact. In Dane County, where Madison is located, black people are eight times more likely to be arrested than white people, based on 2012 statistics.

Going further, the unemployment rate for blacks in Dane County was over 25 percent in 2011, compared to 4.8 percent for whites. More than half of blacks in the county live in poverty, compared to 8.7 percent of whites. And graduation rates for black high school students lag behind those of whites.

Maybe that’s linked to the fact that schools are more apt to suspend black students than their white classmates. And while you might think, “Well, that could be because the black students misbehave more,” consider that the disparity in suspensions begins in preschool.

What could a preschooler possibly do that’s so naughty he or she needs to be suspended?

Indeed, Madison is a lousy place to be black — and it’s everyone’s responsibility to change that. These shameful statistics should drive us all into the streets to demand change.

One line I’ve heard, generally from whites, is that they disagree with the slogan “Black Lives Matter,” because all lives matter.

And it’s true — all lives do matter.

But here’s the thing: Nobody is disputing that white lives matter. Our entire society is set up to protect white lives — not just to keep whites from getting killed, but also to help them live healthy, productive lives.

If America values all lives equally, we have a funny way of showing it.

We need to turn this around so that the opportunities for black people in America are equal to those of white people. That is everyone’s responsibility, no matter your skin color.