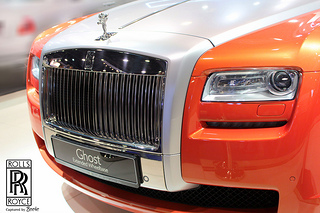 How to Steer Our Rolls-Royce World onto a Smoother Road

No child anywhere needs to grow up — and suffer — in extreme poverty.
By Sam Pizzigati | October 23, 2013

The folks at Rolls-Royce have just opened a brand-new dealership — in the poverty-stricken Philippines.

This nation of nearly 100 million people now hosts 334 deep pockets worth at least $50 million, more than enough, the Rolls-Royce CEO noted earlier this month in Manila, to guarantee a robust market “for the ultimate in super luxury.” 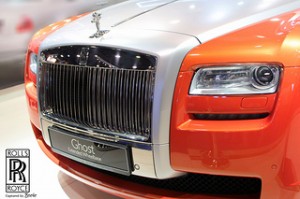 In the Philippines today, says the newly released Global Wealth Report 2013 from the Credit Suisse Research Institute in Switzerland, 88 percent of adults have less than $10,000 to their name. Just 0.9 percent have over $100,000.

The latest Credit Suisse numbers put the world’s total personal wealth, as of this past June, at $241 trillion, an all-time record. The world’s richest 1 percent currently holds 46 percent of global assets. The poorest half of global adults holds less than 1 percent.

What do these numbers mean, in the daily lives people actually lead? A new World Bank report just out, The State of the Poor, offers some hints.

About 1.2 billion people in the world today live on less than $1.25 a day, a state of affairs that researchers define as “extreme poverty.” Only 26 percent of these extremely poor have access to clean water, only 49 percent access to electricity.

The good news? Things used to be worse. The number of people worldwide living in extreme poverty has actually dropped by 721 million since 1981.

The World Bank has set a goal for ending this extreme poverty — by the year 2030. Need the world wait that long?

Actually, no, as World Bank analysts readily acknowledge in their new study. The investment needed to bring everyone in the world now living on less than $1.25 a day up out of extreme poverty turns out to be surprisingly modest.

“If we had a magic wand and could perfectly target every extremely poor individual,” World Bank researchers note, the world would need “approximately $169 billion per year” to end extreme poverty.

That sum, the World Bank points out, equals about 0.5 percent of the Gross Domestic Product of the world’s developing nations.

But the numbers in the Credit Suisse Global Wealth Report suggest a more politically daring perspective.

A graduated wealth tax that averaged 0.5 percent on all personal wealth over $1 million would raise about $500 billion annually, nearly triple the $169 billion needed to lift every soul on the planet out of extreme poverty.

The Credit Suisse analysts don’t raise this tax-the-rich option. They observe only that “the world economy remains conducive to the acquisition and preservation of large and medium-sized fortunes.”

That may be a bit of an understatement. In the last year alone, the number of global million-dollar fortunes has jumped by 6.1 percent. The number of “ultra high net worth” fortunes — over $50 million — has jumped by over 10 percent.