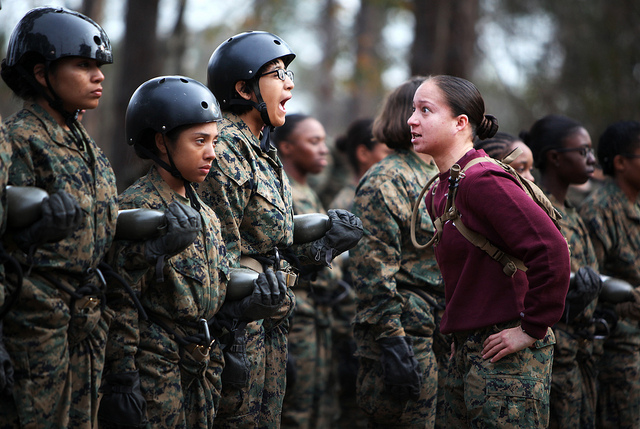 Still No Justice for Military Women

Congress refuses to support military sexual assault victims, but the Navy at least is taking matters into its own hands.
By Martha Burk | August 12, 2015

The Senate has done it again — blocked a vote on a bill that would make it safer for sexual assault survivors in the military to report their attackers.

Introduced by Senator Kirsten Gillibrand, the Military Justice Improvement Act would take the decision about whether to prosecute serious crimes in the military, including sexual assault, away from the chain of command. Instead, the New York Democrat’s bill would turn responsibility over to independent military prosecutors.

Right now, senior officers — not law enforcement — get to decide the guilt or innocence of people accused of abuse. Until recently, these higher ups could even throw out the verdict if their favorite subordinates were found guilty by a military jury.

The Pentagon keeps promising to tackle the military sexual abuse problem on its own, but it’s failing miserably. 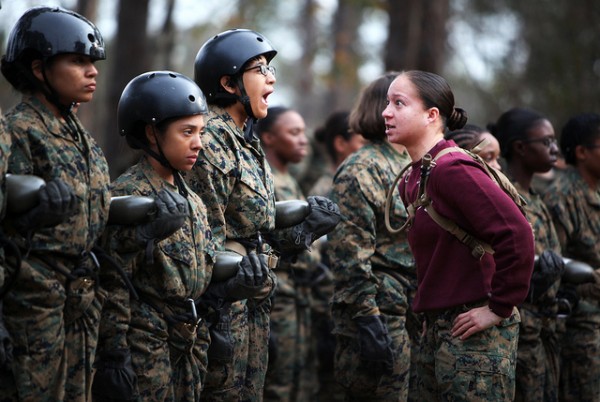 According to the Pentagon’s own research, over 20,000 service members were sexually assaulted last year — most of them multiple times. More than 160,000 members, including 1 in 4 women, faced “severe and persistent” harassment or discrimination that same year.

Many victims are afraid of being punished by superiors if they come forward. And for good reason: More than 3 in 5 who reported sexual assault experienced professional, social, or administrative retaliation.

The majority of those reprisals came from superiors and commanders — the very ones deciding if the attackers were guilty. With retaliation for survivors far more common than convictions for perpetrators, it’s no wonder the vast majority of cases go unreported.

But there’s one bright spot for women: Not every branch of the military is waiting on Congress.

The Navy is taking positive steps, putting the emphasis on prevention instead of punishment after the fact. They’ve engaged NewPoint Strategies, a women-led consulting firm, to teach their leaders in the Pacific fleet how to prevent potential assaults.

Perhaps the most important part of the program is changing the culture to one aimed at stigmatizing perpetrators instead of silently colluding with them. Peer pressure can be a very powerful deterrent, especially in close-knit groups like the military.

Efforts like this aren’t going to eliminate sex crimes in the ranks overnight. But until Congress can end its gridlock and act responsibly toward our women in the military, STOP is a good start.

Martha Burk is the director of the Corporate Accountability Project for the National Council of Women’s Organizations (NCWO) and the author of the book Your Voice, Your Vote: The Savvy Woman’s Guide to Power, Politics, and the Change We Need. Follow Martha on Twitter @MarthaBurk. Distributed by OtherWords.org.