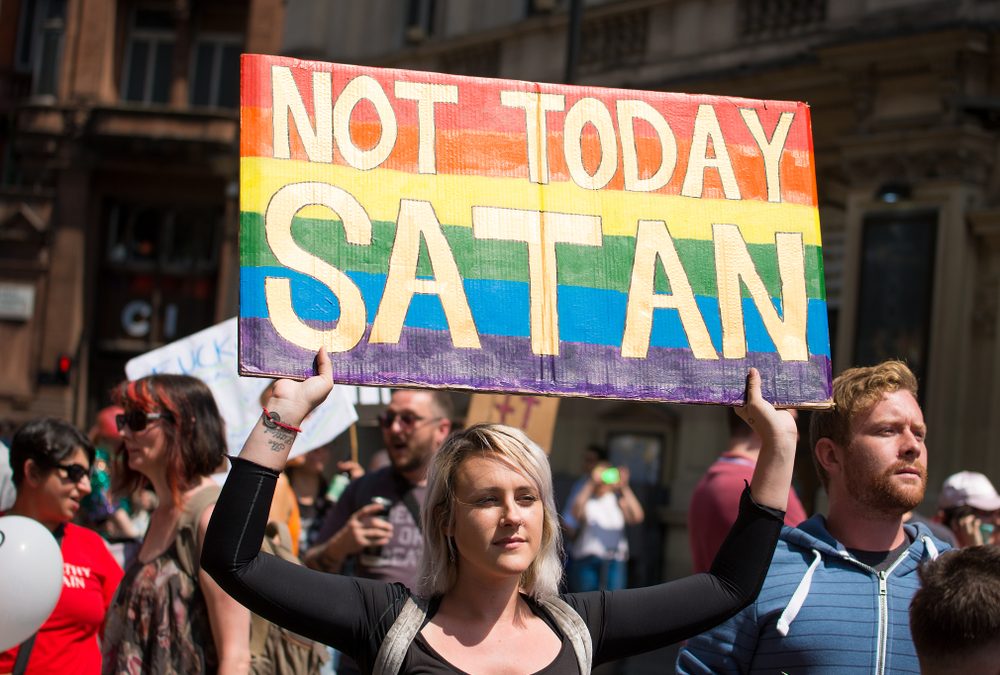 Anyone intolerant enough to disown a child is far less fit to parent than a gay person whose only "sin" is living authentically.
By Jill Richardson | February 26, 2020

The Supreme Court is considering a case, Fulton v. City of Philadelphia, that once again pits LGBTQ rights against so-called religious liberty. In this case, one of the plaintiffs, Catholic Social Services, is arguing that it has the right to discriminate against same sex couples when placing children in foster care.

I’m sorry, but as a gay person, I’m just done with every single religion that has a problem with us.

The Catholic Church has protected priests who were known child molesters for decades, and we gays are the problem? Really?

I have had several friends who were raised Jehovah’s Witnesses and, when they left the faith as adults, their parents disowned them.

As soon as I came out — long before I’d ever actually dated a woman — they were done with me. I was the exact same person I was before, only happier, healthier, and more honest, and they were no longer willing to speak to me.

LGBTQ youth face an increased risk of homelessness and suicide. Our families reject us routinely enough that it’s a standard gay first date question, asking whether or not you still have a relationship with your family after coming out. We have entire support groups helping one another tell our families and — far too often — deal with the fallout from rejection afterward.

I would argue that anyone intolerant enough to disown a child is far less fit to be a parent — adoptive, foster, or otherwise — than any gay person whose only “sin” is living and loving authentically.

Nevermind that a lot of that biblically justified homophobia is questionable to begin with. The Old and New Testaments weren’t originally written in English, and some scholars have argued that homophobia was added into them in more recent translations.

In this case, Catholic Social Services wants the city of Philadelphia to work with them to place foster children with families — and they want to discriminate against same-sex couples, in violation of the city’s anti-discrimination policy.

Academic studies show that the children of same-sex parents turn out fine. Given there is a shortage of foster families and there are children who need homes, why should any loving same-sex couple willing to foster a child be turned away?

If the plaintiffs get their way, this Supreme Court case could open the door to even more legal discrimination in the name of religious freedom. Honestly, why is the right to legally discriminate an issue that is up for debate in 2020?

Can’t we just be done with this already?