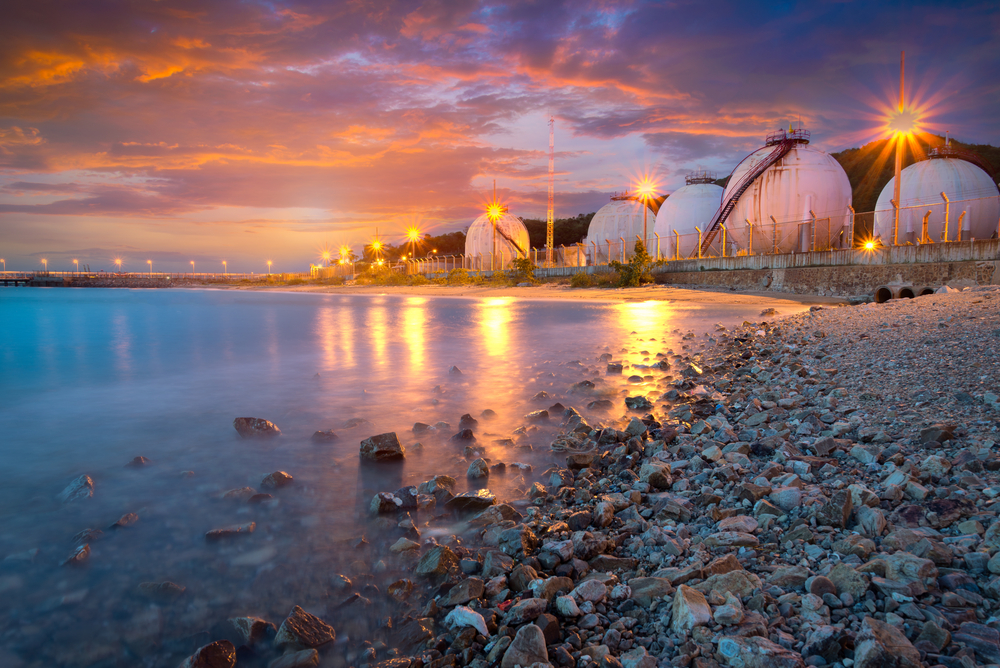 A liquefied natural gas disaster could make an oil spill look like a picnic.
By Olivia Alperstein | December 17, 2019

Liquefied natural gas (LNG) is a potential disaster in the making. That’s the conclusion of a new report by Physicians for Social Responsibility, which surveyed an abundance of research on LNG’s threats to public health.

LNG is natural gas that is filtered and supercooled to -260° F, turning it from gas to liquid. That makes it easier to transport in special cryogenic tankers when pipelines aren’t an option, such as for overseas shipping.

But while the fracking that extracts the gas, and the pipelines that often move it, have generated well-deserved controversy, the risks of LNG haven’t gotten as much attention. They deserve more.

The new report finds significant risks from the extraction process (including gas leaks and air pollution), further pollution from the liquefaction process, and serious risks of fires and explosions.

And I mean serious. A full LNG tanker carries the energy equivalent of 55 atomic bombs. If one caught fire or exploded in a populated area, it could make an oil spill look like a picnic.

Even without exploding, the gas poses serious risks to our climate and health.

LNG is primarily composed of methane, a greenhouse gas that is 84–87 times more powerful than carbon dioxide over a 20-year period, which makes it a major contributor to climate change. And the fracking process, the report adds, injects a further “slurry of chemicals” into the surrounding environment. Many are known to contribute to strokes, cancer, and asthma.

“Such proximity, often reflecting these communities’ lack of political power, intensifies the impact on vulnerable populations and people with pre-existing health conditions,” the report notes. These communities are also more likely to lack the resources to address environmental health concerns.

The United States is exporting record amounts of LNG to the global market right now, and there are plans to expand LNG facilities in many parts of the country. Meanwhile, the Trump administration is pushing an ill-advised proposal to transport LNG by rail.

Expanding these projects would increase pollution, put human health at risk, and increase the risk of catastrophic fires and explosions. It would also sink billions of dollars into infrastructure that would lock the United States into greenhouse emissions for decades to come.

Thanks to the Trump administration’s systematic rollback of critical health and safety protections, we simply don’t have the safeguards to protect ourselves or our planet from fracking, pipelines, or LNG.

As PSR’s new report makes clear, LNG poses a grave risk to our planet, our health, and our future. Instead, we need to demand healthy solutions for our communities. Our health needs to come first — before fossil fuel corporations’ bottom line.

It’s time for decision-makers at all levels to protect their constituents, before it’s too late.