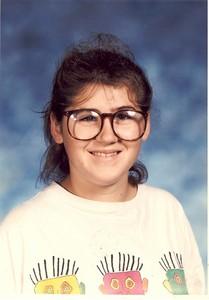 This practice, banned in most of the world, is common in the United States.
By Everette R.H. Thompson | January 16, 2012

“There can be no keener revelation of a society’s soul than the way it treats its children,” Nelson Mandela once said. If that’s the case, the United States has much soul-searching to do. The United States is the only country in the world that regularly applies life without parole for offenses committed before the age of 18. More than 2,500 imprisoned Americans are slated to spend the rest of their lives behind bars for crimes they committed as kids.

A new Amnesty International report calls for scrapping the sentence of life without parole for juvenile offenders. It underscores the need for the justice system to take into account these offenders’ young age, their still-developing cognitive abilities, and their potential for rehabilitation.

In May 2010, the Supreme Court took a positive step. In its Graham v. Florida ruling, the court said that a sentence of life without parole for a non-homicidal crime committed by a minor constitutes “cruel and unusual” punishment in violation of the Eighth Amendment. The Supreme Court noted that children possess diminished culpability because “developments in psychology and brain science continue to show fundamental differences between juvenile and adult minds.”

The idea of diminished culpability is evident in the case of Christi Cheramie, a Louisiana prisoner we highlighted in our report. In 1994 Cheramie, a psychologically unstable girl who had suffered years of sexual abuse, accompanied her teenage boyfriend Gene Mayeux to the home of his great-aunt, Mildred Turnage, to steal money. Mayeux stabbed his great aunt to death and was eventually arrested. Cheramie cooperated with police but after repeated questioning was also arrested and charged with first-degree murder.

At that time, Louisiana and U.S. law allowed the death penalty for convicted murderers aged 16 or over at the time of the crime, in violation of international law. After the prosecution decided to pursue the death penalty against Cheramie, then 16, she was transferred to adult criminal court for trial without a hearing to consider factors that would support keeping her case in juvenile court, such as her young age, her history of mental health issues, and her amenability to rehabilitation.

Facing the death penalty, Cheramie pled guilty to a reduced charge of second-degree murder without comprehending that she was waiving her right to a trial by jury and to a direct appeal of her conviction or sentence. The judge accepted her plea and imposed the mandatory sentence for a second-degree murder: life imprisonment without the possibility of parole.

Now 33, Cheramie has spent half her life in prison. She is, by many accounts, a model prisoner who has obtained her high school equivalency diploma and a degree in agricultural studies, completing nearly all the educational and vocational programs available to her. She has expressed remorse for her involvement in the murder. Her lawyers filed a petition for clemency with the Louisiana Board of Pardons in November.

Without question, young people should be held accountable for their actions. But the justice system must take into account an offender’s age, diminished culpability, and capacity for change. To deny even the possibility of release to a juvenile offender is incompatible with the basic principles of juvenile justice and the foundation of a fair and compassionate justice system. The UN Human Rights committee, the UN Committee Against Torture, and Amnesty International are among the international groups calling for an end to the practice of sentencing juveniles to life without parole.

America is one of only two countries that haven’t ratified the UN Convention on the Rights of the Child, which entered into force more than two decades ago and prohibits the imposition of life without parole for crimes committed before the age of 18. (The other is Somalia.)

Since the Obama administration has indicated to the UN Human Rights Council that it supports the goals of the convention and its ratification by the United States, the White House and Congress should work to bring about ratification — without reservations or limits — as soon as possible.

In the meantime, authorities in every state should immediately address the cases of people who are already serving life imprisonment without the possibility of parole for crimes committed when they were children.