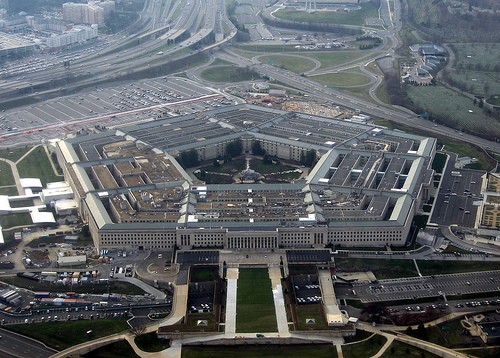 Americans agree it’s time to strengthen our nation at home and abroad — but how can we make it happen?

We can start by making wise choices in the federal budget and with our efforts to cope with our nation’s debt ceiling problem. We can make smart military strategies, our troops, our veterans, and our families higher priorities than Pentagon pork and military contractors.

It is possible to responsibly rein in Pentagon spending. Experts say we can save between $50 and $150 billion a year while still maintaining a national defense second to none.

With the revenue freed up from wasteful Pentagon spending, we can maintain and strengthen Social Security, Medicare, and Medicaid and fully fund the Affordable Care Act. We can rebuild our crumbling infrastructure — America has fallen to 15th place in transportation infrastructure, for example, as many people who have traveled overseas in recent years can attest. And we can pare down our nation’s deficit.

Does this sound pie in the sky? It shouldn’t. The fact is, leaders in both major political parties are coming to realize that we must cut the things we don’t need to pay for the things we do. Anyone who balances the household budget knows Congress needs to make choices as well — and those decisions can shore up our national security at home and our image abroad.

Respect abroad can only happen when we’re strong and secure at home. It’s bad enough that those futile wars in Afghanistan and Iraq have damaged our economy and infrastructure — they’ve also damaged our national security by lowering the esteem with which so many people and countries around the world view us. 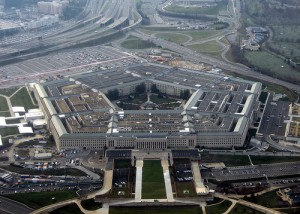 Our overindulgence in Pentagon spending is compromising our ability to prevent conflict using other means. When we invest solely in weapons systems, we rely too heavily on those tools in conflicts. Why spend $1.5 trillion on the F-35, a long-delayed plane designed for different challenges than today’s military faces? Why does the United States spend a majority of all federal discretionary spending — nearly one in four dollars that the federal government disburses — on the Pentagon? Those dollars could both rebuild our nation at home and help reduce conflict abroad.

And, perhaps most sadly, we forget the commitment we’ve made to our soldiers when we invest in weapons systems while neglecting to purchase body armor or fully fund their health care and other programs they need when they come home.

Admiral Mullen’s words reflect the increasing view of national security leaders: Indiscriminately funding the Pentagon budget instead of domestic programs limits our options and places a dangerous drain on our economy. President Barack Obama forcefully spoke out on these tough choices during his recent inaugural speech when he said:

“We, the people, still believe that enduring security and lasting peace do not require perpetual war.”

Making engagement a higher priority than costly weapons systems will make us stronger at home and more respected abroad while at the same time creating jobs and strengthening our economy. We must demand that Congress show the courage and wisdom to put our nation first and make the right choices.

Jeff Blum is the executive director of USAction. USAction is part of the Pentagon Budget Campaign, a broad national effort to rein in wasteful Pentagon spending. USAction.org
Distributed via OtherWords. OtherWords.org