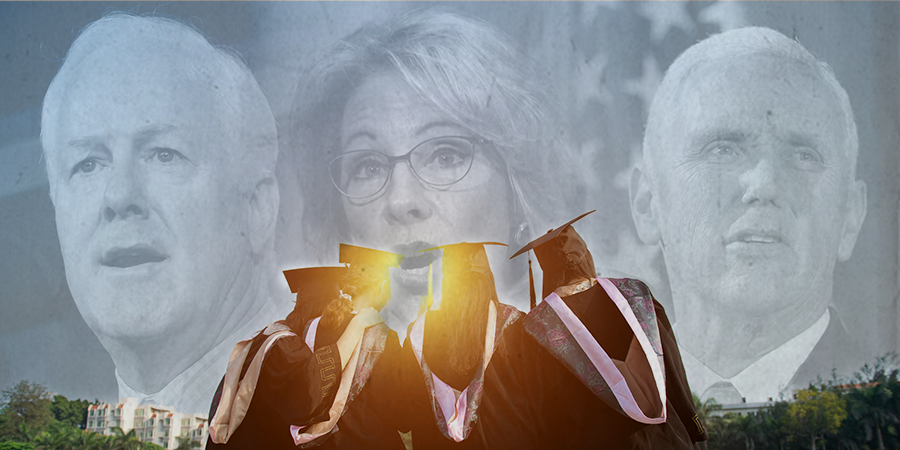 Students Get the Last Word on Commencement

If they don't want protests, universities need to give students more input on their commencement speakers.
By Kenneth Worles | May 24, 2017

“Don’t let complexity stop you,” Bill Gates once told graduating Harvard seniors. “Be activists. Take on the big inequities. It will be one of the great experiences of your lives.”

These days, college students have no trouble transforming into activists to address big inequities — including from their own commencement speakers.

Recently, over 100 Notre Dame graduates walked out of their graduation ceremony in protest of their commencement speaker, Vice President Mike Pence. The students explained that they were walking out to express solidarity with the vulnerable communities targeted by Pence’s harmful policies as Indiana governor.

Two weeks before, students at Bethune-Cookman University booed and turned their backs on Education Secretary Betsy DeVos as she gave their commencement speech, in protest of her policies on public education. 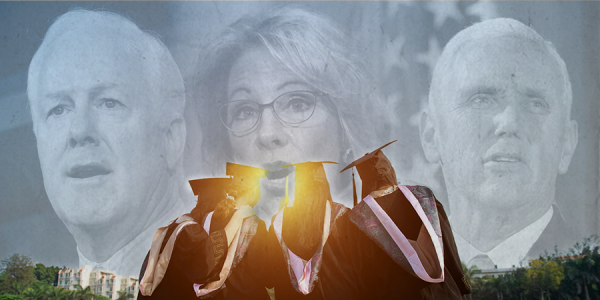 Some people complained that the students simply didn’t want to hear “challenging” views from speakers they disagreed with — or even somehow violated the free speech of the powerful people speaking to them, simply by speaking back.

But commencement isn’t the classroom, where graduating students have spent years being challenged by all kinds of views. Giving a commencement speech is a privilege. It lends speakers the prestige of the colleges they speak at. For that reason, students at institutions of higher learning should have a much greater voice in choosing their own commencement speaker.

The way it is now, after four or more years of hard work, thousands of dollars invested, and countless hours spent studying and building a vibrant campus culture, these students get no input in deciding who speaks on what many call the biggest day of their lives.

So now, many are demanding that right.

During the same week of the DeVos speech, Texas Southern University removed Republican Senator John Cornyn as its commencement speaker after a petition circulated on Change.org with almost a thousand signatures from students demanding someone else.

Perhaps looking to prevent a similar scene from the one at Bethune-Cookman, the school said it had asked Cornyn to visit “another time,” in part “to ensure that our students’ graduation day is a celebratory occasion and one they will remember positively for years to come.”

Celebrating academic achievement means putting the achievers — and their values — first. By providing a voting process for students to participate in picking their speaker, schools could show that the event is more about the students than institutional relationships with powerful people.

Some schools are already using this process to ensure a great experience for the students. Seniors at Manhattanville College in New York, for example, receive an email survey of suggested speakers — a list jointly developed by the Student Government Association and administrators.

In New Orleans, graduating students at Dillard University are able to submit a list of 10 personalities to speak at their graduation.

More than ever, we should push for all institutions of higher learning to implement processes like these. If their voices aren’t heard before commencement, students will continue to make sure they’re heard on graduation day itself.

Kenneth Worles is the Newman Fellow at the Institute for Policy Studies.