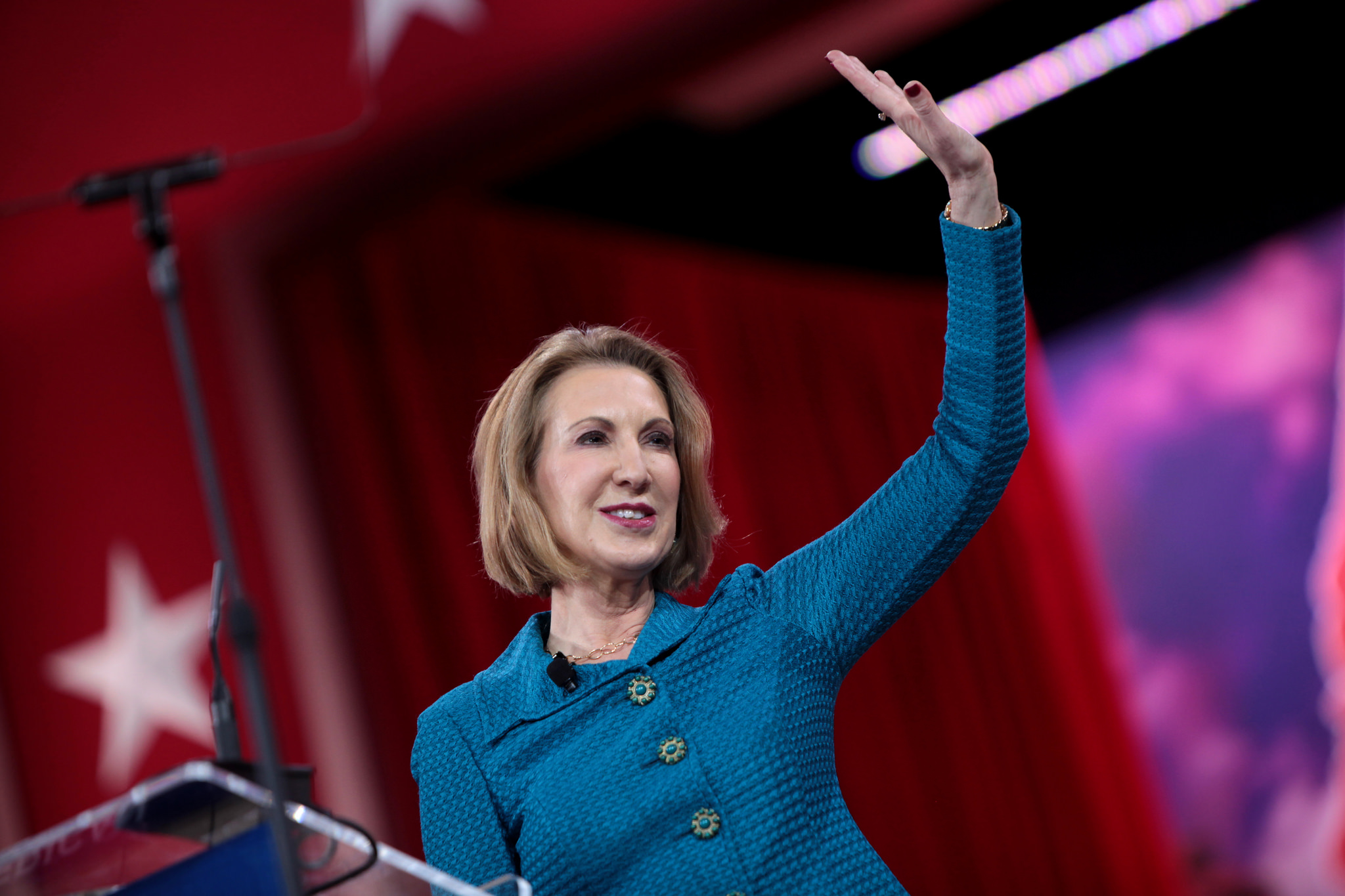 Taking it Lying Down vs. Plain Old Lying

The GOP finally has someone who can stand up to Donald Trump’s lies — and it turns out she’s a liar, too.
By Donald Kaul | September 23, 2015

The Republicans have finally found someone to man up to Donald Trump, who’s threatening to turn their presidential primaries into a Saturday Night Live skit. She’s a woman.

At the latest Republican debate, with a stage-full of candidates straining at the leash to distinguish themselves by puncturing the balloon that is The Donald, it was Carly Fiorina — and only Carly Fiorina — who coolly stepped forward to reveal his one-man clown show for what it was.

The moderator had asked Fiorina to respond to Trump’s insulting critique of her looks. Dripping with contempt, she noted Trump’s habit of backing away from statements like that by pleading misunderstanding, as he already had with his crack about Fiorina’s face. Then she said:

“Women all over this country heard very clearly what Mr. Trump said.”

Pow! Right in the kisser. The message behind that simple sentence was clear: “You, sir, are a cheap liar and a punk.” 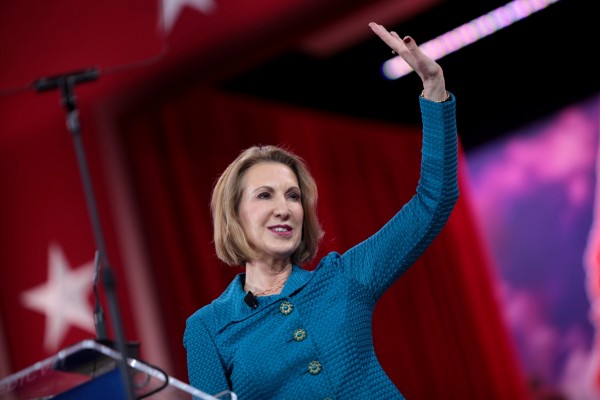 It got her the warmest applause of the night.

Later, Fiorina took center stage again during a general bashing of Planned Parenthood as she told the story of a video surreptitiously taken at a Planned Parenthood clinic. It showed, she claimed, “a fully formed fetus on the table, its heart beating, its legs kicking while someone says we have to keep it alive to harvest its brain.”

Clearly a chilling and horrific story. Even I, a Planned Parenthood supporter, could see why these wonderful, moral Republicans wanted to defund the organization.

Except there’s no such video. Fiorina was lying.

It wasn’t a mistake. It wasn’t a misunderstanding. It was a deliberate lie designed to make a political point more forcefully. Shame on her.

The Republican Party finally gets someone who can stand up to Trump’s lies — and it turns out she’s a liar, too.

Fiorina wasn’t the only candidate who took on Trump at the debate. Jeb Bush, who was the front-runner out of the starting gate and has been losing ground ever since, was easily the most pathetic of the also-rans.

Trump’s been driving him crazy for weeks now, ridiculing him at every turn, and it’s begun to get to the former Florida governor. A couple of weeks ago, when asked about Trump, Bush complained:

“He attacks me every day with nonsense, with things that aren’t true. He tries to personalize everything. If you are not totally in agreement with him, you’re an idiot, or stupid, or you have no energy, or blah, blah, blah. That’s what he does.”

Which is the political equivalent of saying “That bad man is being mean to me. Make him stop.”

Is that who you want going eyeball-to-eyeball with Putin or the Ayatollah?

Give Bush this, though: He didn’t give up. He took another crack at Trump at the debate, this time in defense of his wife.

Trump had insinuated that Bush perhaps had a soft spot for Mexicans on the immigration issue because of his wife, who’s Mexican-American.

Bush came out breathing fire. “To subject (sic) my wife into the middle of a raucous political conversation was completely inappropriate,” he said. Then, addressing Trump directly, he added:

“She’s right in the audience. Why don’t you apologize right now?”

Trump said no. And Bush…said pretty much nothing.

If being called an influence on her husband is the worst thing she has to endure in this campaign, Columba Bush is one lucky political wife. As a wise man once wrote: “Politics ain’t beanbag.”

But if you demand that an opponent apologize, there should be an “or” afterward. Apologize or “I’ll punch you in the face.” Or “I’ll challenge you to a duel.” Or “I’ll pour coffee on your head.” Something.

There was nothing. Which was pretty much the case with all the candidates, save Carly Fiorina — and she lied.