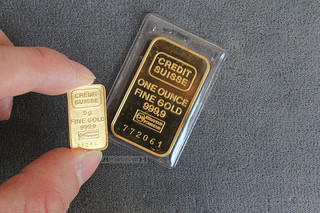 Taking Stock of the Most Affluent Among Us

The richest Americans are raking in about 1,000 times as much money as the bottom 90 percent, not counting their secret stashes.
By Sam Pizzigati | November 13, 2013

How unequal have workplaces in the United States become? Our best answer happens to come from a source you might not expect: the Social Security Administration.

Social Security statisticians each year tally up how much compensation gets reported on W-2s, the forms that employers have to file for all their employees, clerks and chief executives alike. Social Security reports these numbers by income level once a year — and in the process paints an incredibly detailed pay-portrait of the contemporary American workplace.

For typical Americans workers, this workplace has become steadily less rewarding. The latest Social Security figures, released last month, show annual wages for the median — most typical — American worker down $980 in 2012 from five years earlier. In effect, notes analyst David Cay Johnston, these typical workers are now working 52 weeks a year for what would have been — in 2007 — 50 weeks of pay.

Over in America’s elite corner offices, by contrast, the pay keeps pouring in. The ranks of Americans making over $5 million a year grew 27 percent in 2012. The actual compensation this cohort collected soared 40 percent over what the $5 million-plus crowd pocketed in 2011.

For income totals that take these and other non-wage income streams into account, we need to dive into data the IRS collects.

These IRS numbers tell us a great deal about America’s grand income divide. Do they tell us everything? Not quite. The IRS figures on high incomes only count what America’s rich want the government to count. They don’t count all the income the wealthy harvest from hoarding their money in secret overseas tax havens.

How much income are these secret stashes generating? We’re slowly getting a better idea, thanks in part to a federal amnesty program for tax evaders.

Affluent tax evaders can currently avoid criminal prosecution if they pay up all their taxes overdue on their secret income, plus interest and penalties. With this amnesty in effect, The Wall Street Journal reports, IRS officials are now seeing “a new rush by U.S. taxpayers to confess to their secret offshore accounts.”

Other Swiss banks, eager to avoid a similar fate, are now pushing their American depositors to end the error of their tax-evading ways, and this banker pressure is apparently having an impact.

Just one New York attorney has already handled over a thousand confessions, many from taxpayers with over $10 million in their secret stashes and a few with over $100 million.

We don’t know yet how many billions the current amnesty will eventually produce. As of last year, 38,000 U.S. taxpayers had revealed undeclared offshore assets. The declarations from these tax evaders, the IRS reports, figure to bring in $10.5 billion. But this total doesn’t cover the recent confession surge.

The final collections will undoubtedly dwarf the sums so far collected — and fill in still another chapter in America’s deeply distressing inequality story.