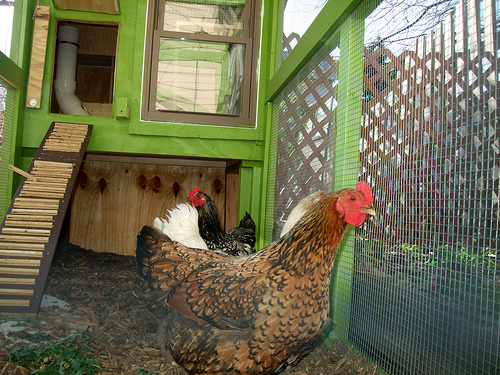 The Unbearable Annoyance of Neighborhood Tattling

We all need to cut our neighbors some slack, even if they're urban chicken farmers.
By Jill Richardson | April 30, 2014

I met my friend Rachel because we were both in the same situation: We each had neighbors who inexplicably hated our chickens. Rachel and I each had small flocks of hens, no roosters, and sprawling, fertile, organic vegetable gardens in our yards. And we live in urban San Diego.

There certainly are reasons you might complain about chickens living next door in the city. If they’re noisy, smelly, or unhygienic, that’s a problem. If their owners let them escape into your yard, that’s a problem.

And I’m guessing that you might not like glancing out your window to behold your neighbor killing chickens in the back yard, either. 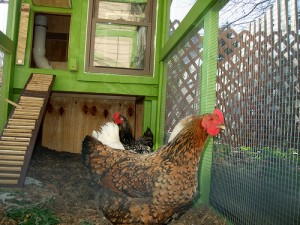 But neither of us ate our chickens, and we both kept them clean. In my case, the neighbor in question had four yappy chihuahuas. Both Rachel’s neighborhood and mine are home to extremely noisy flocks of wild parrots. She’s in the flight path of the airport, and I lived across from a fire station. Compared to all that, the noise a hen makes is nothing.

Looking back, she thinks her neighbor complained to the city simply because he didn’t like her roommate and wanted to get revenge. But sometimes, neighbors complain for no good reason.

My neighbors liked my chickens — perhaps because I gave them free eggs — but their landlord, an extremely nasty woman, had a problem with them. I consulted all of my neighbors before and after getting my hens to ask if they had any concerns.

Later, the neighbors’ landlord discovered the chickens and got mad. I asked what, exactly, was bothering her to see if I could fix it, but she had no answer. She also tossed rat poison into our yard, where our chickens or dog could have eaten it and died if I hadn’t removed the stuff. And the cops said that her attempt to kill my birds wasn’t a crime.

These sorts of neighborhood squabbles are normal, but I still don’t understand why people complain when they don’t have a specific, legitimate concern like noise, smell, or safety.

I just visited Rachel the other day. She’s now got two goats and a beehive to go with her chicken flock and gorgeous, well-maintained garden. It’s all legal. She moved a few blocks away from the first complaining neighbor. She has a good relationship with her new next-door neighbors who like her garden and critters.

Yet, someone just complained to the city.

The problem? She has goats and chickens. The city sent in a code compliance officer to investigate. Rachel demonstrated that her animals were in full compliance with city code. The complaint did nothing but waste city resources.

She still doesn’t know who complained — or why.

This attitude reminds me of young children who are extremely concerned with rules and who tattle on anyone breaking them even if it’s not affecting anyone. “Jimmy used markers, but the teacher said to use crayons.” So? Is that hurting you?

Sometimes, we all need to cut our neighbors some slack. Those Christmas decorations may look stupid on their front door in July, but they aren’t hurting me. I’ll deal with it.

Sometimes, a neighbor’s offenses cause a real problem, like when my neighbor smoked cigarettes outside my open window. When that occurs, the best approach is to begin by starting a dialogue. You might be able to find a quick, easy resolution. I did — she agreed to stand farther away when she smoked. Getting law enforcement involved should be a last resort.

As adults, we need to take the same advice we give tattling children: Try to work it out before roping in the authorities, and pick your battles wisely.