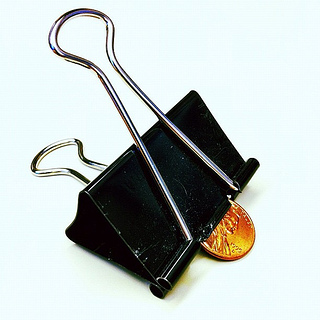 The Way Forward: Tax and Spend

This strategy would reduce joblessness and inequality while stimulating the economy.
By Bob Lord, Emily Schwartz Greco | February 26, 2014

Have you heard? Our economic policy debate is getting some spring cleaning.

President Barack Obama has signaled that he’s had it with all that talk about America being broke and the belt-tightening austerity measures that went along with that chatter. His proposed budget for the 2015 fiscal year will reflect this reality.

You know what he should try? A tax-and–spend strategy.

Yes, conservatives have tried for years to turn that simple solution into an epithet. But it’s the best way forward.

Taxing more and spending more would stimulate a $17 trillion U.S. economy that’s not producing at full capacity and dogged by high unemployment. It wouldn’t expand the budget deficit. And it would reverse the concentration of income and wealth that’s hollowing out our middle class and denying most Americans a fair shot.

Changing tax rates and spending levels are two of the three standard tools policymakers have at their disposal to goose the economy. The other is monetary policy.

The Federal Reserve’s expansionary monetary policy that began in 2008 is unprecedented. It may have helped get our financial system back on its feet and unleashed a multi-year bull market. But our economy is still staggering.

Unemployment still stands at 6.6 percent and typical American workers are earning less than they did before the Great Recession.

That means it’s time to give targeted tax increases and higher government spending a shot.

As Nobel Prize winner Robert Shiller and others have explained, raising taxes and increasing spending by identical amounts, is budget-neutral. But that extra tax revenue and government spending make a positive economic impact.

Why? Because the entire increase in spending is injected into the economy, where its effect is multiplied as it circulates. The tax increase, by contrast, doesn’t cause a dollar-for-dollar reduction in consumer spending.

That’s because it’s absorbed in part by a decrease in personal savings. Thus, taxing and spending in equal amounts bolsters an economy that isn’t running at full capacity. And if taxes rise at the top of the income scale, most consumer spending won’t suffer a big blow.

Levying higher taxes on the rich and boosting government spending are the right ingredients for a bigger and more effective stimulus than we’ve had since the economy started to sag at the end of George W. Bush’s presidency.

Plus, this strategy could help slow or reverse America’s increasing concentration of wealth.

Everything else being equal, all but a few of us would prefer to accumulate wealth. For most Americans, living expenses and the tax on our wages limit how much wealth we can amass.

About three-quarters of us live paycheck-to-paycheck.

For those at the top, however, it’s a different story. Living expenses only consume a tiny slice of their income, which they draw more from investments than wages. Taxing investment income and inheritances at higher rates would level the playing field on wealth accumulation and restrain extreme inequality.

Emmanuel Saez and Thomas Piketty, the two leading researchers on income inequality, teamed up with MIT student Stefanie Stantcheva to see how this works. They looked at changes in top income tax rates, economic growth rates, and the share of the top 1 percent in pre-tax income over a 30-year period in 18 countries, including our own.

Their conclusion? Income tax rates for very highest earners could be set as high as 83 percent without curbing economic growth.

At the same time, the researchers found, higher tax rates at the top correlate with less concentration of income at the ladder’s highest rung. Given that the top 0.1 percent of American earners rake in at least $1.7 million a year and pocket 10 percent of our national income, that would get our economy on a healthier track.

The writer and sustainable food guru Michael Pollan boils his advice down to seven words: Eat food, not too much, mostly plants.

We’ll use eight: Tax more, mainly at the top, and spend.