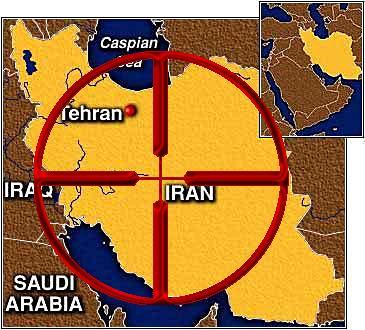 Reading the Tea Leaves on Iran

Americans are sick of war and ready to move on.
By Emily Schwartz Greco, William A. Collins | February 19, 2014

Here are some simple things to keep in mind about U.S. relations with Iran:

The many influential Americans seeking war with the Middle Eastern country include:

1. Munitions companies that profit from the sale of missiles, helicopters, bullets, etc.

2. TV pundits who get lots of extra work whenever our bombs detonate. 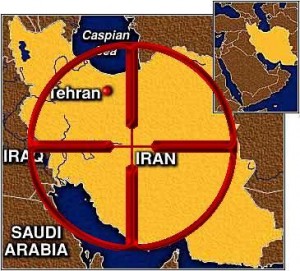 Those influential folks figured that by imposing impossible sanctions on the Persian republic they would eventually revolt.

Either that or such frustration would build that Iran’s military forces would end up taking a couple potshots at U.S. targets or our allies. That would mean we could finally attack Iran in good conscience. Or something.

All these Middle East domination plans, however, have run aground.

First, Bradley (now Chelsea) Manning leaked documents showing that our “honest broker” in the original deal, the International Atomic Energy Agency, wasn’t all that honest after all.

Then the Iranians held an election. Of all things, they elected a moderate. What should we do about that?

Well, a bipartisan majority of Senators came up with something: Pile on new sanctions against Iran. Robert Menendez, a New Jersey Democrat, co-sponsored the legislation.

But times change. Aside from Israel, Saudi Arabia, AIPAC, and a few oil monarchies, our Iranian crusade is just not as popular as it used to be. Especially since Edward Snowden’s disclosures, our allies have been growing a bit standoffish for some reason.

Even President Barack Obama has changed. He entered as a Democratic “realist,” quite content to follow the warpath George W. Bush blazed after the 9/11 attacks. But our Commander in Chief is showing signs that he’s ready to put his combat boots in storage.

Americans are sick of war and ready to move on. Our years on a “permanent war footing,” as Obama eloquently put it in his State of the Union address, are over.

That may help explain why the sanctions bill went nowhere.

Here’s how it fizzled:

First, the White House threatened to veto any new sanctions. And big oil companies, which are eager to get their hands on Iran’s black stuff again, didn’t lobby for them.

Then, Senate Majority Leader Harry Reid said he wanted to “wait and see how this plays out” before calling a vote on the legislation, burying the new sanctions under layers of congressional quicksand.

This all adds up to a sign that AIPAC lacks the power experts often attribute to the organization. And it’s a good starting point for mending relations with Iran.

If we want to go further, we could atone for overthrowing Iran’s president in 1953, apologize for 26 years of imposing the hated Shah after that ouster, welcome Iran as a colleague among serious nations, and tell Benjamin Netanyahu to drink some soothing chamomile tea.

That will be the day.

Emily Schwartz Greco is the managing editor of OtherWords, a non-profit national editorial service run by the Institute for Policy Studies. OtherWords columnist William A. Collins is a former state representative and a former mayor of Norwalk, Connecticut. OtherWords.org
@ESGreco