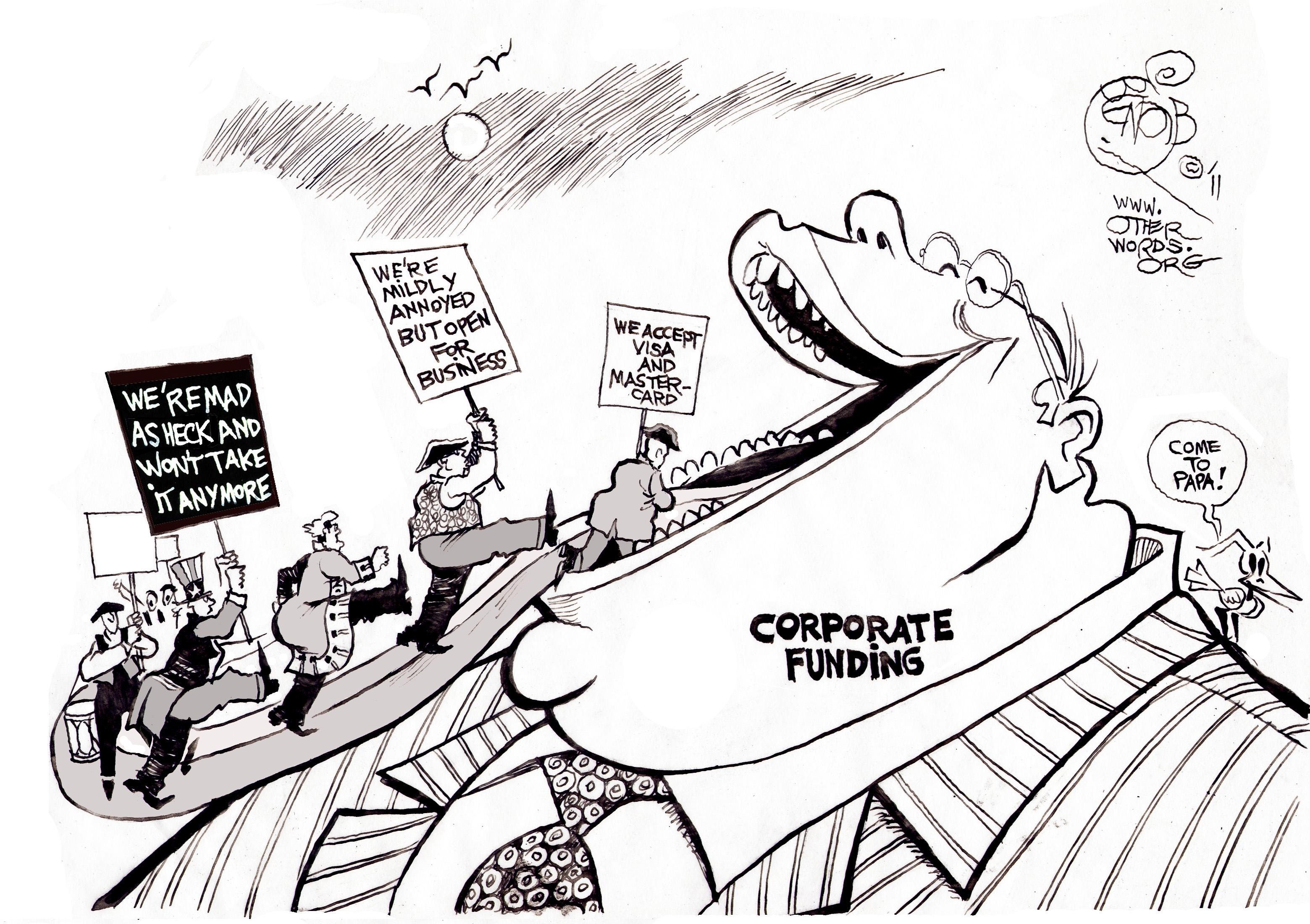 Faster than you can say "business as usual," freshman Republicans on the House Financial Services Committee have begun to execute Wall Street's agenda.
By Jim Hightower | May 16, 2011

They came, they saw, they were conquered. That sums up the fate of many tea-partying freshmen in the House of Representatives.

As soon as they arrived, the corporate lobbying corps came to visit, saw what these supposed rebels were made of, and quickly conquered them without a fight. The forces of big business only needed to lay out some campaign cash. Faster than you can say “business as usual,” budding lawmakers snatched up the money and began to execute the lobbyists’ agenda. 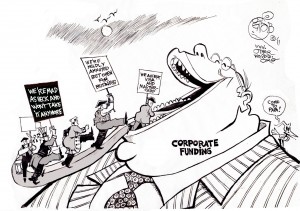 Check out who is now on the Financial Services Committee, which handles legislation affecting Wall Street. Five tea partiers got coveted slots — and all five were suddenly showered with big donations from such financial lobbying interests as Goldman Sachs. Now, all five are sponsoring bills to undo parts of the recent reforms to rein in Wall Street excesses. Rep. Steve Stivers (R-OH) hauled in nearly $100,000 in just his first two months in office — 85 percent of it from the special interests his committee oversees.

Stivers insists that the cash he took from Goldman Sachs and other big financial outfits has nothing to do with his subsequent support of bills for which Goldman is lobbying hard. He claims his sole legislative focus is on jobs for Ohio’s 15th district.

Really? One of the deform-the-reform bills that Steve is carrying would let Wall Street giants avoid disclosing the difference in what CEOs get paid and what average employees make. Another would exempt billionaire private equity hucksters from regulation. I can see that these bills are great job extenders for Wall Street barons. But how does either of them create a single job in his district?

These legislative maneuvers do nothing but shelter the greedheaded banksters who wrecked our economy. Is that what the tea party rebellion was all about?