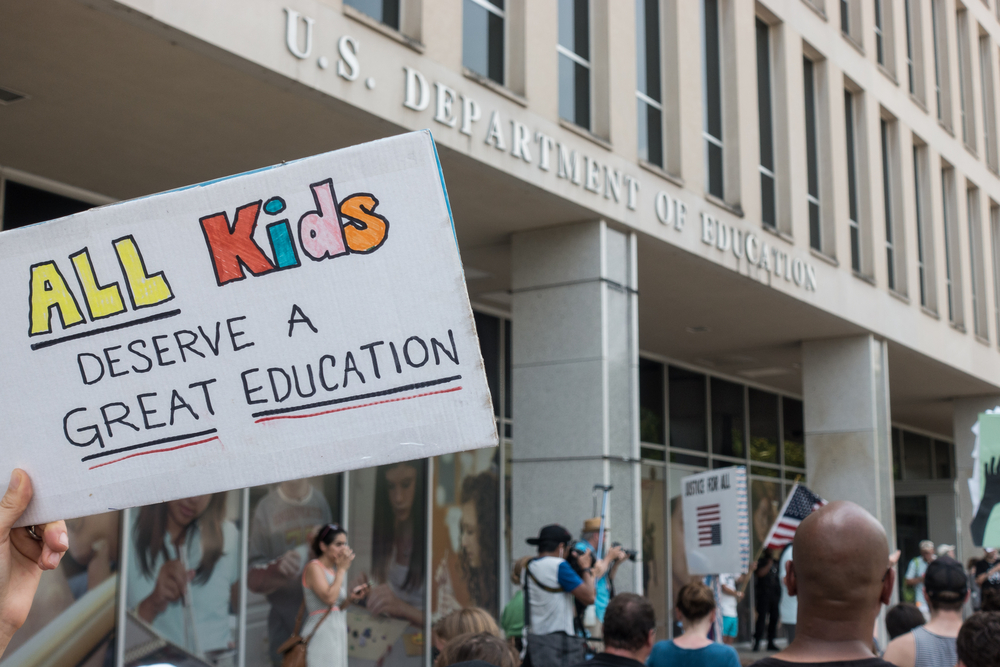 Teachers Shouldn’t Have to Panhandle for School Supplies

Back to school! These three simple words used to leave America’s public school teachers giddy with anticipation. Now they leave them opening up their wallets and worrying.

The problem? Teachers have been spending out of their own pockets for generations to decorate their classrooms and the like. Now many have to spend their own money for basic school supplies — everything from pens and pencils to cleaning supplies.

One national study last year by Scholastic and YouGov found teachers spending an average of $530 a year on classroom supplies. The number of teachers who spend over $1,000 out of pocket, adds a National School Supply and Equipment Association report, has doubled.

In Oklahoma, third grade teacher Teresa Danks has been spending $2,000 annually of her own money. Earlier this summer, with her school district facing a $10 million budget cut, Danks actually started panhandling. She took to a busy street corner with a simple hand-made sign: “Teacher Needs School Supplies! Anything Helps.” 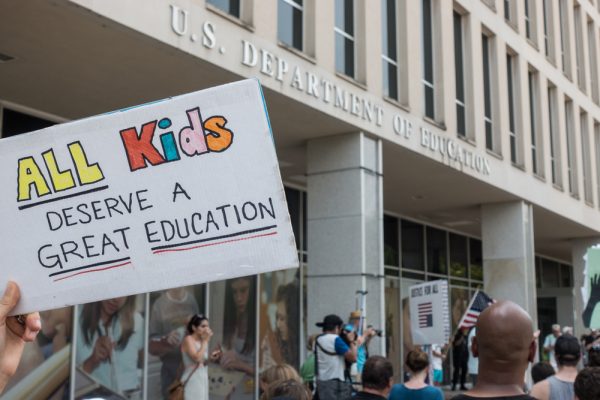 Many passers-by did help. But the fiscal squeeze on America’s public school budgets and teacher wallets is now threatening to get even worse.

That’s because big-box retail giants — the very stores where many teachers go to buy school supplies — have unleashed a fierce lawsuit offensive to significantly lower their local property tax bills.

Property taxes remain, in most of the country, the single most pivotal source of local public school funding. If corporate retail powers like Home Depot and Target succeed in their new greed grab, the state comptroller in Texas recently warned, local public schools in his state alone would lose $1.2 billion annually, with another $703 million in school funding lost from the state level.

So on what grounds should the big-box boys be taxed less? Retail CEOs, Education Week reports, are having their lawyers make the astonishingly audacious argument that “the massive stores they operate ought to be appraised as if they were vacant.”

This ridiculous “dark store theory” has been winning lawsuits in Michigan, Indiana, and Wisconsin, and school districts in the Midwest have already lost millions of dollars in revenue. In some cases, court rulings have actually forced local governments to reimburse big-box retailers for the higher property taxes they’ve already paid.

Amazon now collects sales taxes on the goods consumers buy online in states that impose them.

But Amazon is only collecting taxes on about half the goods that people who click onto Amazon itself buy. The half of sales that go through the third-party vendors the Amazon site spotlights go untaxed.

All these big-time retailers can afford to pay higher taxes. Our biggest retail empires, after all, have already made their emperors into some of the world’s richest people. The chief executive of Amazon, Jeff Bezos, now holds the third-largest individual fortune in the world.

Panhandling Oklahoma teacher Teresa Danks says she’s “tired of not having enough funding for our classrooms but being expected to always make it happen.”

The super rich who run retail in America could ease that fatigue. They could start paying their taxes.