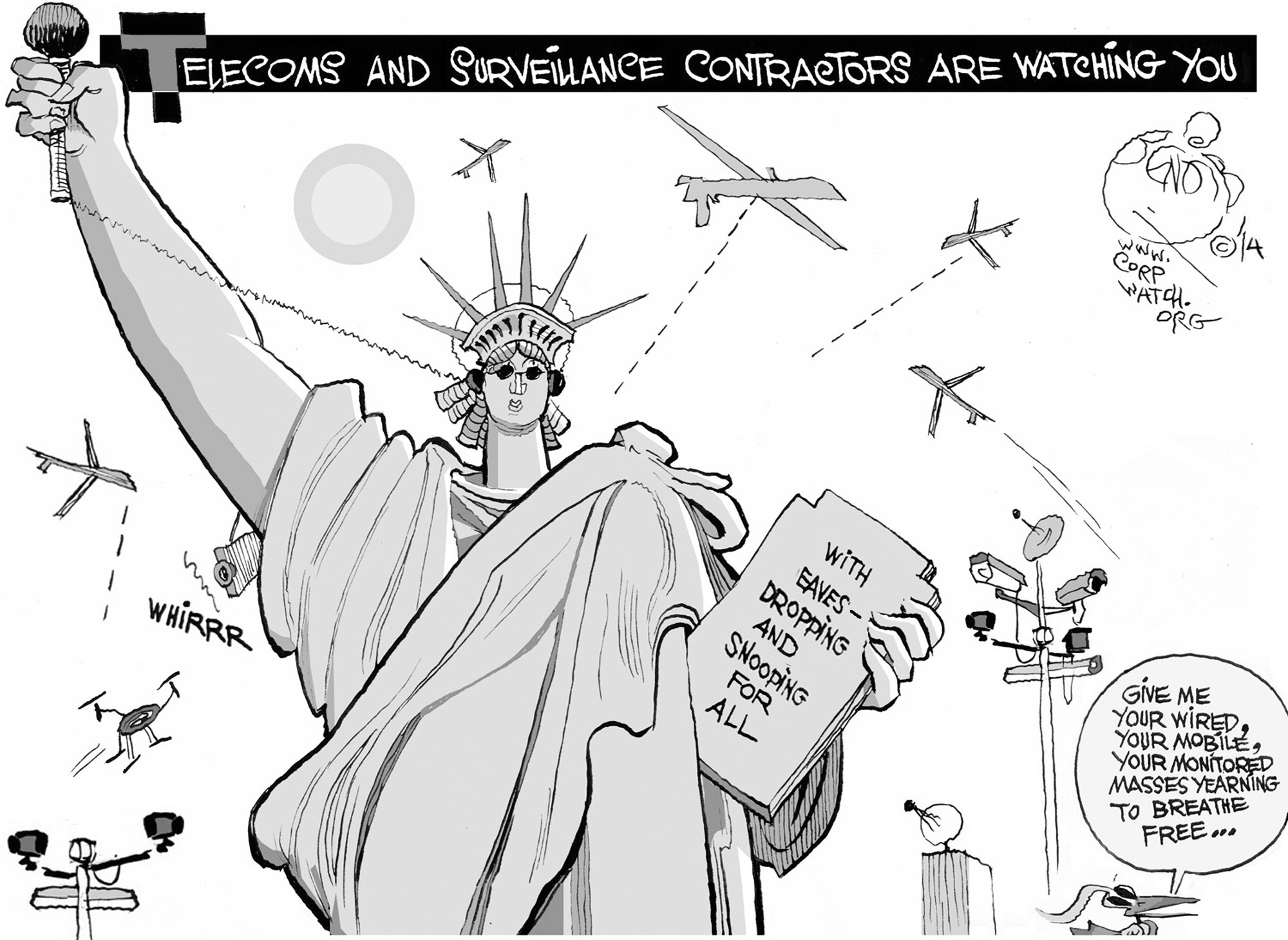 With Eavesdropping and Snooping for All, an OtherWords cartoon by Khalil Bendib

Tech Titans Must Do More than Criticize NSA Snooping

A free and open Internet requires privacy for those who want it and openness for everyone.
By Josh Levy | April 2, 2014

In the 21st century, technology companies like Amazon, Apple, Facebook, Google, and Yahoo are the ubiquitous faces of corporate power.

In the last quarter of 2013 alone, these five companies totaled $104 billion in revenue and made $17.5 billion in profits — with Apple lapping up the bulk of that haul. Yes, $17.5 billion, more than Albania’s gross domestic product, in just three months. 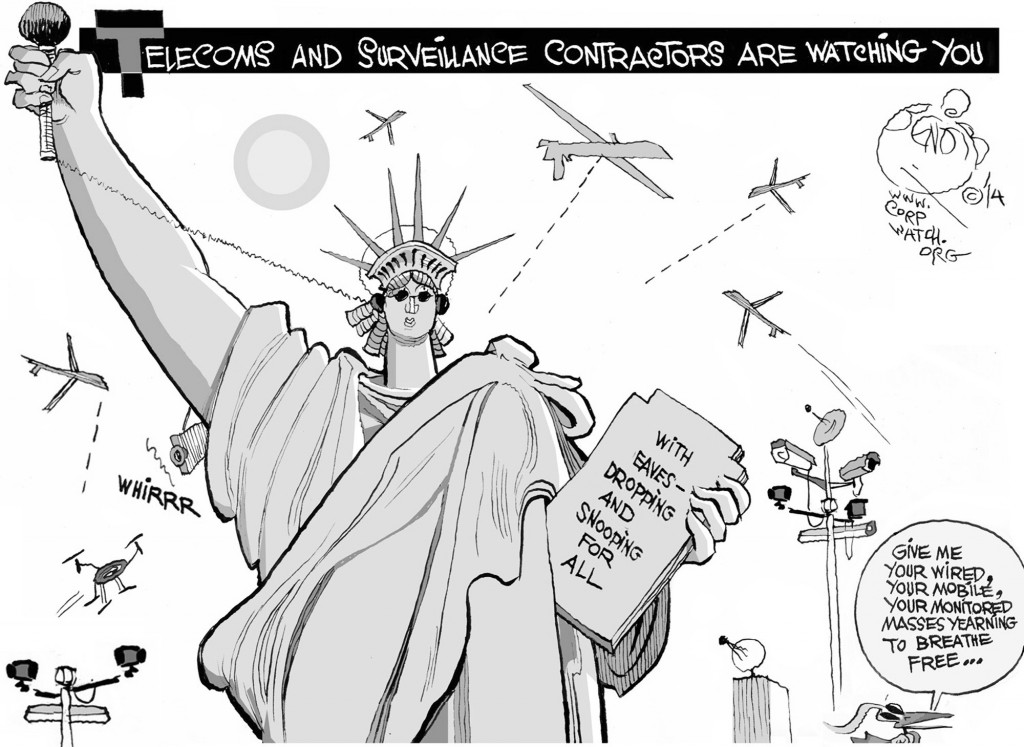 With Eavesdropping and Snooping for All, an OtherWords cartoon by Khalil Bendib

Think about it: Tech giants are making mountains of money and employing hundreds of thousands of people in the service of building and maintaining the fundamental communications platforms of our time. A handful of for-profit, publicly traded entities are the stewards of our public and private conversations.

When it suits them — and when events affect their bottom line — these companies like to make a stink about democracy and free speech. After humblebragging about calling President Barack Obama to complain about NSA snooping, Facebook CEO Mark Zuckerberg delivered a paean to the Internet’s utopian spirit:

Together, we can build a space that is greater and a more important part of the world than anything we have today, but is also safe and secure. I’m committed to seeing this happen, and you can count on Facebook to do our part.

But while Facebook claims to take seriously the security concerns of its billion-plus users, it’s also in the business of mining and exploiting its customers’ data.

“The existence of these giant databases of our everyday lives is a threat,” technology columnist Dan Gillmor argued in response to Zuckerberg’s post, “because history suggests that what can be misused ultimately will be misused.”

Gillmor recommends that Facebook offer a paid service (“Facebook Pro”) that allows users to opt out of data-collection schemes and uses strong encryption. This is a great idea — except that consumers shouldn’t have to pay extra to secure their privacy.

“I don’t think we can have a democracy if we’re having to protect you and our users from the government,” Google co-founder Larry Page recently told Charlie Rose.

True enough. But we can’t have a democracy if we don’t have the option of keeping our online data trails secure from all kinds of snooping, including email-reading algorithms and hidden cookies tracking and analyzing every website we visit.

Facebook, Google, and the rest of the tech titans are big enough that what they do with our data has a direct impact on our civic lives. They’re obligated not only to respect our rights but to advocate for them.

Making online services more transparent and secure is a good first step. Yet if we want these companies to truly own up to their role in our culture, we must push them to do much more.

They need to advocate for policies that enable their businesses to flourish, keep us secure, and maintain an open Internet that protects free speech. In the wake of the federal court decision that overturned the Net Neutrality rules, they need to urge the Federal Communications Commission to treat cable and phone companies as common carriers.

Only this classification will give the FCC the authority it needs to stop ISPs from blocking or degrading content and making it even harder (and pricier) for us to get online.

A free and open Internet rests on two pillars: privacy for those who want it and openness for everyone. It’s high time the Internet companies start working with the rest of us to protect both.