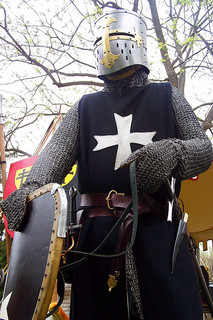 Telling the Truth about Religious Violence

President Barack Obama committed the ultimate political blunder the other day. He blurted out the truth.

Speaking at the National Prayer Breakfast, he warned his Christian brethren against “getting up on our high horse” when condemning the violence of Muslim terrorists.

The Rupert Murdoch army launched into full attack, supported by Rush Limbaugh air strikes. Rabid Fox News commentators, foaming at the mouth, fought each other for control of the mics to condemn the president’s remarks as “un-American” and, even worse, liberal. He was derided as irreligious, weak, and not a real American.

It was to be expected.

People will forgive a politician for telling lies. Sweet deceptions, after all, are what politics are all about. But let him speak the truth just once, even inadvertently, and he becomes the object of scorn, ridicule, and contempt.

Remember the case of George Romney?

Running for president in 1967, he confessed that he had been “brainwashed” by Pentagon propaganda into believing that the Vietnam War was winnable. And he had been, of course, as had most of the American public at the time.

But as soon as Romney uttered this truthful statement, his presidential hopes vanished in a blink — never to be seen again.

I’d like to note that this lesson wasn’t lost on George’s son. As nearly as can be determined, Mitt Romney never told the truth once during his 2012 campaign. He lost anyway, proving that it takes more than a lack of honesty to fool the American people.

But back to Obama. What he was trying to say, at an inter-faith event, was that we shouldn’t hold all Muslims responsible for the acts of a relative few. Christianity also has a skeleton or two in its historical closet.

The Christian right, which includes most of the Republicans in Congress, pounced.

The Crusades were a righteous response to Islamic aggression, they said. The Inquisition? Highly overrated as an atrocity. And Jim Crow? That was “a thousand years ago,” said Limbaugh.

To which one can only say, “Oh come on.”

The truth is, you can act as though terrorist violence against the West is unprovoked. But it’s not. It’s the bitter fruit of the past 100 years of subjugation of the Arab and Muslim peoples by Western powers, thirsty for the oil beneath the Middle East.

For a century the United States and its allies systematically subverted any suggestion of democracy in the region in favor of vicious thugs we could control through bribery.

And when a popularly elected politician would surface every once in a while, we’d get rid of him and install our own puppet. Think of the popularly elected Mohammed Mossadegh in Iran, whom the CIA overthrew in 1953, replacing him with the brutal and corrupt Shah.

That’s the genesis of the mess we’re dealing with now. Not Islam, not pure evil, but 100 years of Western domination.

In any case, it’s more than a little hypocritical for the Christian right to be up in arms over the perversion of Christianity.

This is a group, after all, whose representatives in Congress have sought to take health insurance from the poorest workers among us. They’ve tried to deport young Americans because their parents brought them here without papers many years ago. They’ve supported the use of torture and fought to cut off unemployment insurance to the long-term unemployed.

Any of that remind you of Christianity?